According to the sheriff's office, deputies were called to the 100 block of Parkdale Ave in Pontiac to an unconscious baby who was not breathing.

PONTIAC, Mich. (FOX 2) - Oakland County Deputies and Waterford Firefighters worked together in late September to save a 10-month-old baby who was choking on drug paraphernalia. The baby was found to have opioids in its' system.

According to the sheriff's office, deputies were called to the 100 block of Parkdale Ave in Pontiac to an unconscious baby who was not breathing.

The Oakland County Sheriff released dashcam video as deputies and Waterford Firefighters saved a 10-month-old baby who was choking on drug paraphernalia.

Deputies and the Waterford Regional Fire Department arrived and started CPR. The condition of the child was so bad, they decided to take the child to McLaren Oakland Hospital instead of waiting for EMS to arrive.

The baby was able to be saved thanks to the dramatic work by sheriff deputies and firefighters.

Detectives spoke with doctors and learned the child choked and had gone into cardiac arrest. During interviews with the parents, they learned it was possible the baby found drug paraphernalia in a trash can in the home and ingested it. They did not say what the baby found. 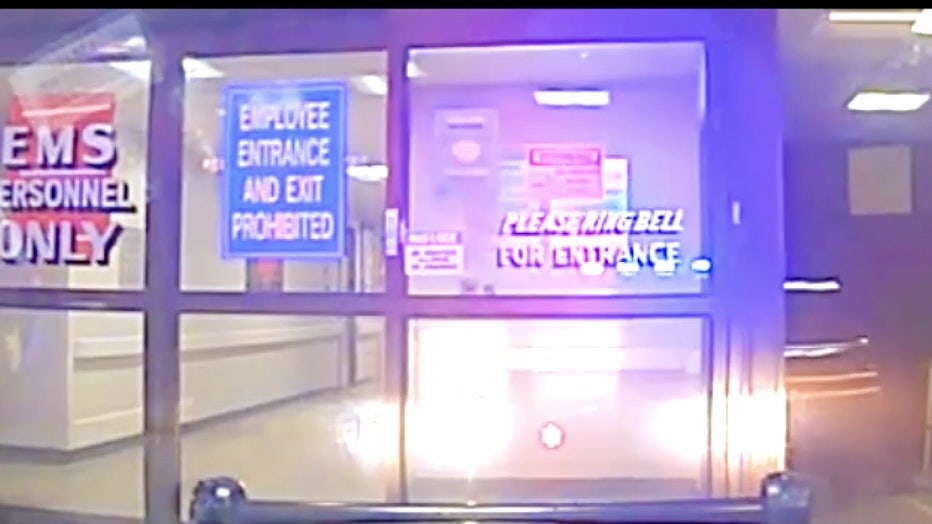 Oakland County Sheriff Deputies race to save a 10-month-old choking on drug paraphernalia while Waterford Firefighters perform CPR in the backseat.

Detectives are still investigating and Children's Protective Services was notified of the incident.

"You put on a uniform because you want to make a difference in some of the worst moments of other peoples' lives and that's what the men and women did in this situation," said Sheriff Michael Bouchard.

The sheriff says they quickly realized they didn't have time to wait for EMS.

"(The) decision was made to load the baby and to firefighters into the back of one of our police cars and have the deputy race to the hospital as other deputies from the city blocked off some of the key intersections to make the trip faster and safer," he said.

Firefighters performed CPR while a deputy drove to McLaren Oakland Hospital where the child was resuscitated.

Bouchard is incredibly proud of the first responders' quick thinking.

"The goal of most people I know who get into public safety or military service for that matter you put on a uniform because you want to make a difference and some of the worst moments of other people's lives and that's what the men and women did in the situation," he said.  "It's the kind of thing they're willing and often do every day but it's one of those moments that remind us why we get into public safety to make a difference and in the best case scenario save a life that would have been lost and that's what they did."

Bouchard says the baby had opiates in its system. It is still unclear exactly what it choked on.