An Oakland County Republican state representative is calling for the impeachment of Gov. Gretchen Whitmer, shortly following her announcement of new COVID-19 restrictions in Michigan.

"Michigan voters know she has committed the following impeachable conduct," Maddock wrote, before listing a series of allegations like "weaponizing contract (sic) tracing databases" and "using our kids as political pawns."

GOP angst toward Whitmer and decisions she's made regarding the COVID-19 pandemic has been present throughout the public health emergency. Shortly following the state of emergency Whitmer declared in March, tensions between her and the GOP-led legislature have spilled over into policy differences and lawsuits.

However, some of that criticism has also spilled into the public discourse where protests have unfolded in front of the capitol building in Lansing.

Some believe anti-Whitmer rhetoric even inspired a plot to kidnap the governor, who has been on the opposing side of tweets from President Donald Trump, as well as Republican leaders like Senate Majority Leader Mike Shirkey (R-Clarklake).

Maddock, who is currently finishing his first term as a state legislator, won reelection by 11,000 votes in the general election.

While some of the reasons the legislator listed were broad like "violated our constitutional rights," others were related to policy decisions that several Whitmer critics have honed in on. 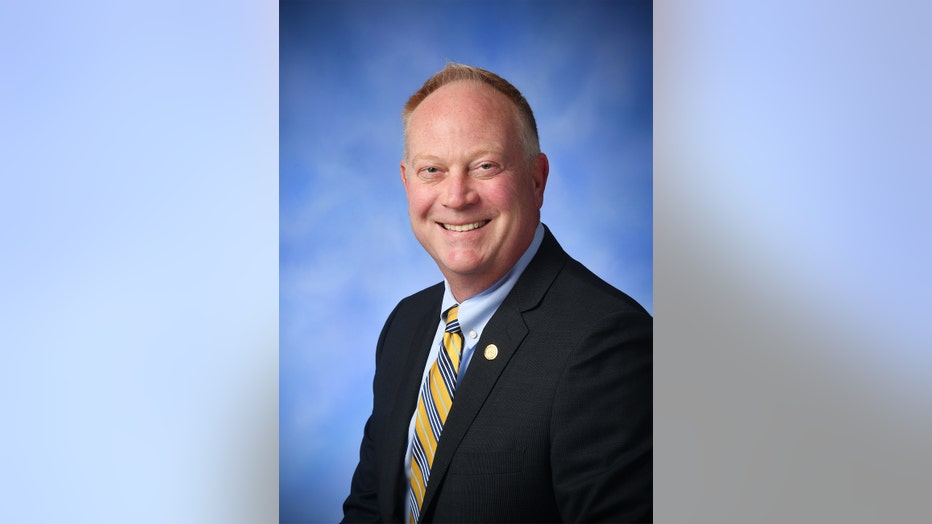 Specifically, the decision to hire a firm with Democratic party ties to help build the state's contact tracing infrastructure, as well as the governor's nursing home policy, which moved people who tested positive for the coronavirus into elder care facilities.

The governor's press secretary Tiffany Brown issued a response Monday morning saying Whitmer "doesn't have any time for partisan politics or people who don't wear masks, don't believe in science, and don't have a plan to fight this virus."

"Right now, she is focused on saving lives. The governor will continue to work hard for all 10 million Michiganders. This is about Michigan vs. COVID-19. Governor Whitmer doesn't care if you're a Trump Republican or a Biden Democrat. We are all in this together."