SOUTHFIELD, Mich. - Pastry Chef Cherelle Mason says there are 102 people she could call that would tell her they hate cheesecake. "But they’ll still eat mine," she said. 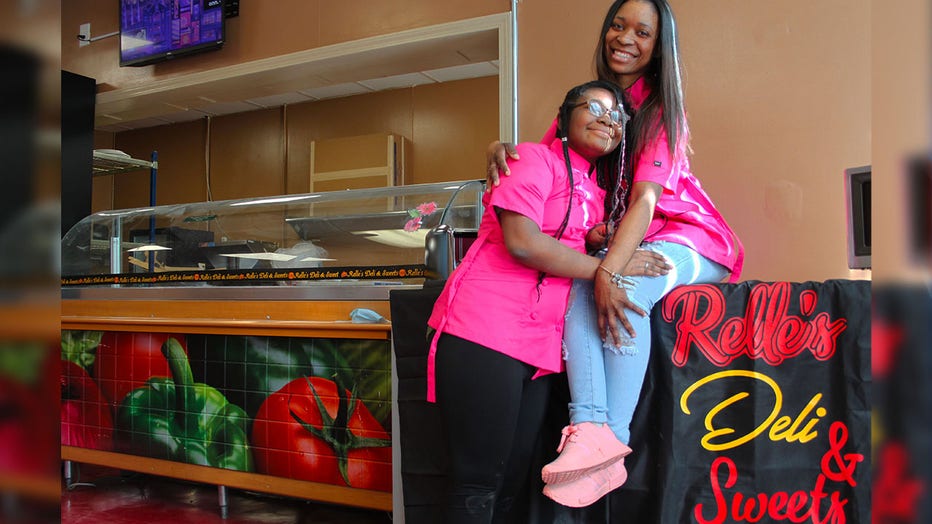 Mason remembers the first of many converts who unknowingly wandered into her bakery. "She was die-hard ‘I hate cheesecake, it’s nasty, I hate it,’" the skeptic told her.

"But then she got the cheesecake and she was in love. She was like ‘it does not taste like cheesecake, I don’t know what you put in here’."

No one knows what Mason puts in there. She guards the recipe, an original she created years ago, closely. The only hint she’s offered is that it does not contain eggs.

Despite the mystery, or perhaps because of it, Mason’s Creative Cheesecake Collection has amassed a cult following in Metro Detroit that has buoyed her baking from a hobby to one of the area’s most popular selections for dessert.

She credits her growth from her grandma, her support from her friends, and her inspiration from her children.

Now, amid one of history’s most hostile climates for small businesses, Mason is charging headfirst into financial headwinds and opening her first storefront, Relle’s Deli and Sweets.

A taste you can't describe

Mason’s cheesecake is rich, sweet, delicious, and creamy, she says. But it’s also thick. Like a creamy-thick. One of those oh-my-God tastes. A taste you can’t describe, despite her best efforts.

One of her friends, Ja’Keia Fantroy, called it addictive. Someone offered to pay her for the recipe once, she remembers. Kiesha Staley, who started off as one of Mason’s customers before the two became friends, said it was velvety smooth.

"It’s delightful, smooth texture - not your usual cheesecake," Staley said. "She comes up every time with the most unusual things. She’s like the Chik-Fil-A of desserts." 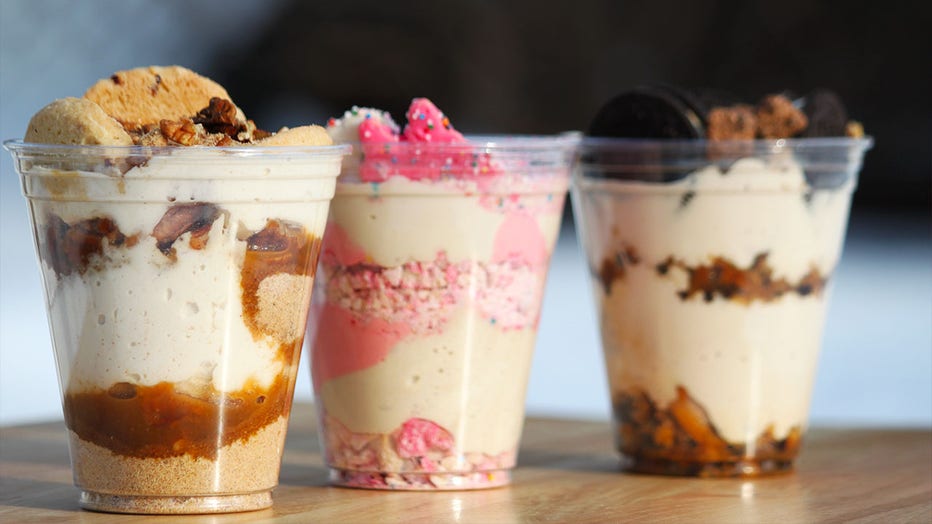 And like most name-brand eateries, the Creative Cheesecake Collection started off small. Ten years ago when Mason knew nothing about baking, she was a 19-year-old single mom working at Michael’s Arts and Craft.

Baking was introduced to her shortly after and started experimenting with Oreo and pretzels. Things started off horrible, she said, but she had encouragement from her family and friends and priceless advice from her grandmother.

"She was amazing," said Mason. "Her pineapple upside-down cake, her potato pie - she never wanted me to give up on my business."

During her early trials baking, her grandmother taught her how to make banana pudding without tasting due to her egg allergen. She dabbled in peach cobbler using recipes off the Internet before trying her own mixtures.

She also began experimenting with cheesecake. It took an estimated 18 recipe variations with her brother before she struck gold.

"At first I looked to see what was some of the mutual ingredients that were in cheesecakes that people were using," she said. "I went to Walmart and found something. I was like "‘pfft, I’ve never heard of this before.’

"I was like ‘let me see if I can take what people weren’t using in cheesecake and mix it with cream cheese - would it make a difference? Is it going to taste like cheesecake?’" she remembered. "When I did that, that's when my brother went 'I don't know what you did, but that's it.'" 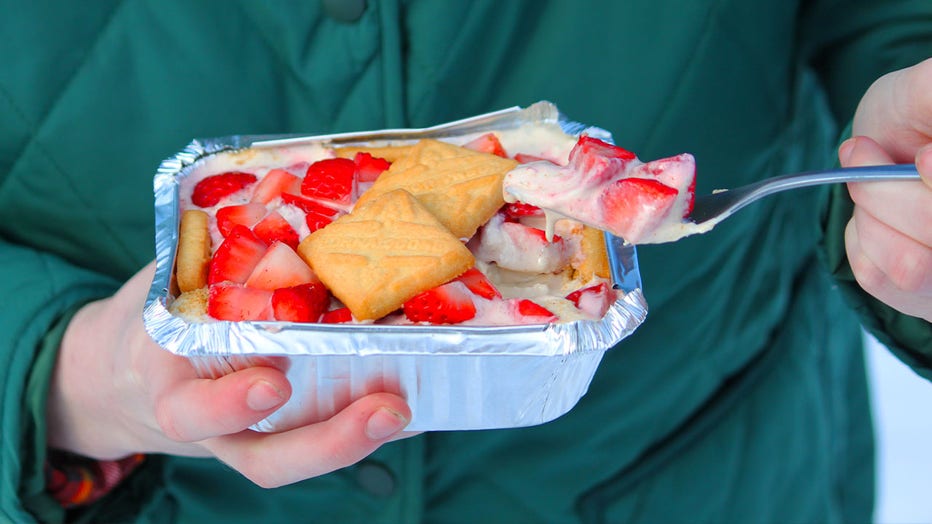 Whatever "it" is, it's been stylized into more than 30 flavors of cheesecake. She decorates her cheesecake cookies with zany toppings like Fruity Pebbles. She stuffs the cheesecake into apples and donuts. You can buy it on cones and in bowls.

That last one is a fan-favorite. Above the layers of cheesecake and chocolate are cocoa puffs and Oreo cookies.

Finding success in a pandemic

On March 6 when she opens, Mason will be greeted by a financial climate that’s decimated small businesses over the last year.

A December survey from the National Federation of Independent Businesses found one in four small businesses were threatened with closing if current economic conditions didn’t improve. Data from the U.S. Bureau of Labor Statistics found Michigan’s restaurant industry employs a little more than half the workers it did before the pandemic.

In the absence of more aid from the state and federal governments during the public health crisis, those numbers could grow worse.

"Making it in business is hard," said Brian Calley, president of the Michigan Small Business Association and former lieutenant governor. "There are so many variables when you’re launching a new business, the pandemic just adds new variables."

For the businesses that sell more than just a product, but experience and atmosphere, Calley says they’ll continue to struggle so long as there are rules restricting them. Then pile on having available funds to make loan and payroll payments, spreading the word about business, and drumming up support for what someone is selling, the challenges grow.

The president of Kabbage, an Atlanta-based company that consults and finances small businesses around the U.S., says staying organized and having the capability to pivot during times like these will be among a business’s most important assets.

"It’s not just finances, but understanding where customers are coming from, following up on them, it’s so important," said Kathryn Petralia, who co-founded Kabbage. "You might have business that will back out. For businesses relying on a commuting workforce, they’re going to continue to struggle."

A survey done by Petralia’s firm done before the pandemic struck found the first four years of any business were critical to its success. Of the 500 businesses they surveyed that they considered successful, 84% had reached profitability by then.

Against that hostile backdrop, Mason will open her first storefront with some intangibles already in place. She’s built a loyal following of customers without advertising, benefiting instead from word-of-mouth. Her creations are photogenic, which make for easy content on social media - including the strawberry shortcake cheesecake cake video that went viral five years ago. The Creative Cheesecake Collection ships its products around the country.

She’s also merged her experience baking with business acumen she picked up when she attended Dorsey Culinary School in Waterford years ago.

All she needs now is a store.

Setting up shop in Southfield

Before she ever considered a storefront, Mason had started baking out of her home. When it became a business and not just leisure, it was apparent a location away from home would be necessary for selling her creations.

She’s inhabited storefronts near 10 Mile and Lahser and Greenfield and 9 Mile. Before opening her first store in Northland Towers in Southfield this March, she was in a little part of Views Bar & Grill on Grand River. Each location, bigger than the last.

"She keeps outgrowing the spaces she’s in because her customer base keeps growing," said Ja’Keia who has known Mason since they were both teenagers.

In the weeks before the pandemic arrived in Michigan, business had gotten so slow that Mason was spending her days crying. But when the first round of relief checks arrived from the government, business rocketed back up.

"The extra money people were getting, they were spending on me. I was pushing like 300-400 cups (of cheesecake) a day. I had swollen wrists from cutting strawberries," Mason said. "I had never seen a $3,000 day."

That may feel unusual considering the times, but business trends during the pandemic have been anything but predictable. Like Mason, a surge of entrepreneurs have entered the job market in Michigan at record levels. Last year, the state averaged more than 4,000 new business filings a week over the summer months.

Typically, the average is about half that.

"Entrepreneurialism is alive and well," Calley said. "The relative risk of starting a new business has gone down."

Maybe someone’s lost their job or see little opportunity in the one they currently have. Their hobbies that used to be side gigs have become more. When up against so many other perils, the risk of starting a new business might not seem so scary.

The restrictions keeping businesses from reopening at full capacity likely won’t be around in their same form either in the next several months. The epidemic orders handed down by the health department are meant to preserve the integrity of the public health system. Once enough people are inoculated from COVID-19, Michigan’s hospitals won’t be threatened in the same way they have been since March 2020.

Mason admits there are still challenges to face. Keeping up with demand hasn’t been easy and she’s consistently sold out of cheesecake. So she’ll have to stock up more. She has to hire workers, instead of leaning on her friends to manage the counter, something they’ve also been willing to do. She also plans on selling breakfast foods to accommodate some of the expected traffic going through her store. 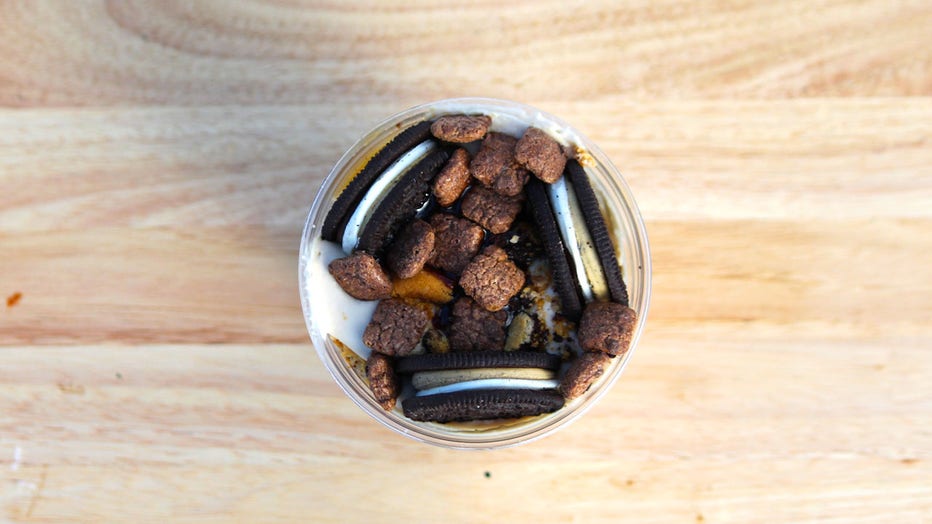 And then there’s the ever-expanding menu she’s added to for the last 10 years. She’ll need to trim it down - despite the interest in always creating more.

Like so many of her bake sales in the past, a line has formed out the door when Mason was ready for business. When she opens her own storefront for the first time, it’s possible she could be greeted by the same level of enthusiasm.

Among those who won’t be there is Mason’s grandmother, who died in 2019. It’s a day Mason wished the two of them could have celebrated together.

"She never wanted me to give up on my business. Once she passed, I decided ‘well, I can’t fail now.' Now that I'm opening a storefront, it is extremely sad since I talked to her so often about opening that she's not here to see it.

"But everyone knows she’s watching over me. She sees it's happening, it's coming true."