Selfridge loses out on bid to house F35 Training Center

Macomb County's Selfridge Air Base won't be the home of the new F35 training center for the Air Force, at least, it's not the first choice.

HARRISON TWP, Mich. (FOX 2) - No amount of billboards or promotional efforts or push from the former President will result in the new F35 training base at Selfridge in Macomb County. The Air Force notified the base that it was its second choice.

Macomb County put a significant effort to try to entice the Air Force into picking the base and, in 2019, then President Donald Trump teased that it was nearly a guarantee.

"So, Selfridge you’re going to see a lot of very fast planes, actually they're totally stealth so maybe you won’t see them come in but they’re coming in," he said during the February 2019 visit.

"I"m incredibly disappointed by that. I think it's wrong. think it was a wrong decision made by the Air Force," said Sen. Gary Peters.

The U.S. Senator is demanding answers from the Air Force after the Fort Smith Regional Airport in Arkansas was chosen over Selfridge. No reason was given for the selection.

"I’m going to be sitting down with Air Force folks next week to get total transparency into the process. What was the criteria they used and why did Selfridge finish second in the competition. It’s clear when I look at the numbers, when I look at the data, that they should have been number one," Peters said.

He was part of the team working to get the F35's to Harrison Township to make the base more viable.

Macomb County Executive Mark Hackel said this wasn't just something that was nice to have.

"It is a true value and asset to our defense, our nation’s defense," he said.

While the decision was made, it's not final. Hackel is optimistic that the final decision, which won't done until spring 2023, can be reversed as Selfridge was named a backup option.

"If this doesn’t get undone we are very certain that I think they will be able to leverage this to say ok we aren’t competing for something else or another mission, I think something's going to be granted or awarded to that particular facility at that site because they know the value that Selfridge has," Hackel said. 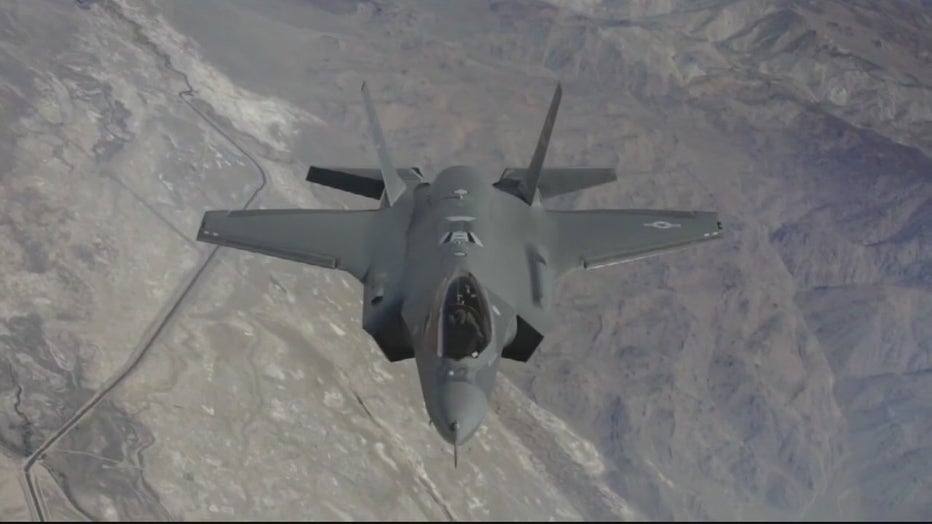 An F35 jet in a promotional video released by the Air Force.