DETROIT (FOX 2) - A Detroit man is behind bars after pointing a gun at police, running from them, and hiding out in a garage before officers arrested him Tuesday afternoon.

Detroit police say a veteran and rookie officer who approached the suspect. Police say he got their attention because he was walking in the street even though the sidewalks were shoveled and because that junior officer noticed he may have been carrying a gun.

Detroit police say a veteran and rookie officer approached the suspect. Police say he got their attention because he was walking in the street even though the sidewalks were shoveled and because that junior officer noticed he may have been carrying a gun.

"She alerted her partner, ‘Hey he’s got something.’ and sure enough when they talk to him, he pulls it out and he does have something," said Cmdr. Michael McGinnis, DPD.

It does not appear that the suspect fired any shots but the investigation is still underway.

It all started a little after 4 p.m. near Pinewood and Waltham: police say two officers spotted the man walking in the street their suspicions aroused when one of them noticed a bulge in his waistline.

"They just asked him simply 'Hey what do you got?' And that’s when he decided to pull out a gun and point it at them," McGinnis said.

Police say that’s when one of their officers drew his weapon and fired at the man. Police say none of them hit the suspect or anyone else.

"It was a muffled poof, poof and that was it," said a neighbor.

The man who did not be identified lives nearby and heard the gunshots. 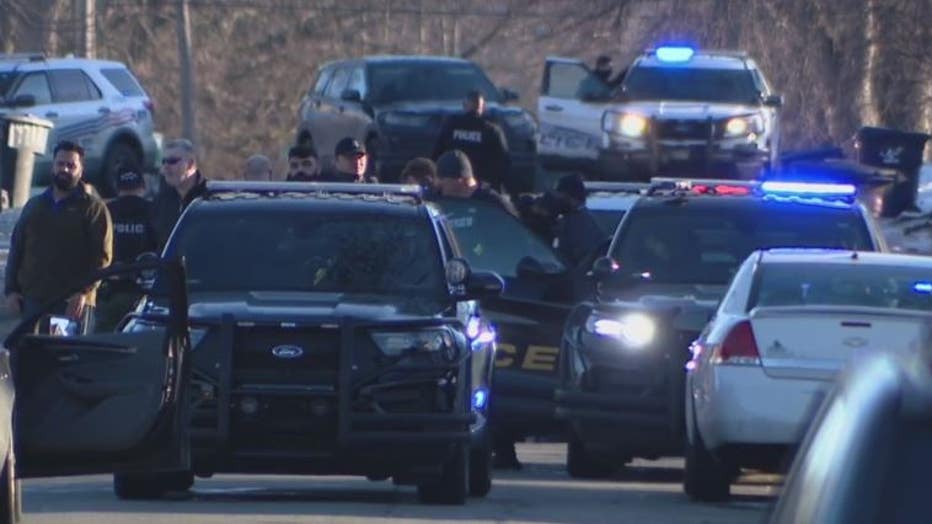 The suspect ran away from police towards Pinewood and Goulburn, hiding in a garage underneath an SUV. Police brought out a canine unit to find him.

"It wasn’t hard because the snow was still fresh. So when he jumped there wasn’t anywhere but to follow the tracks to where he went. So you ask me it was pretty simple for him," the neighbor said.

Shortly thereafter an article search located a blue-steel semi-automatic handgun, as described by the officers, in the yard nearby where he was apprehended.

"We feel like we have a dangerous individual off the streets tonight and we look forward to the further investigation," said McGinnis. 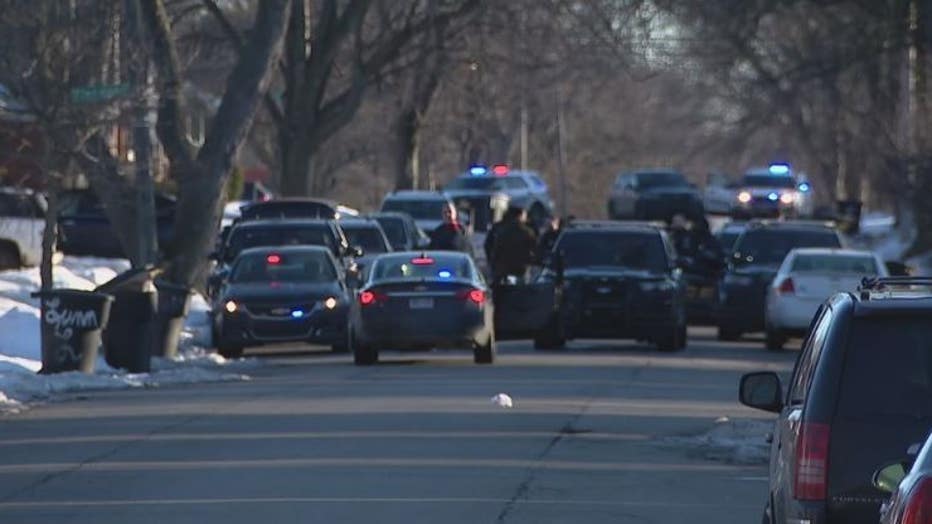 In addition to the criminal investigation, police say Internal Affairs is also looking into the incident because force was used by way of the canine when the man was arrested.