OAK PARK, Mich. (FOX 2) - Two more men have been arrested and charged in connection to the murder of an Oak Park jeweler that was found shot dead last June.

Raptoplous was booked on Aug. 30 and Larry on Sept. 2. Both men had their bond denied.

Oak Park police declined to elaborate on a motive behind the killing, but identified the additional suspects as acquaintances of Roy Larry, the Detroit resident who was identified as the trigger man in the murder.

The investigation remains "very active" a lieutenant at the police department told FOX 2, who declined to rule out that future arrests may come.

A preliminary exam for Raptoplous and Darnell Larry is scheduled for Oct. 14, when more details in the case are expected. 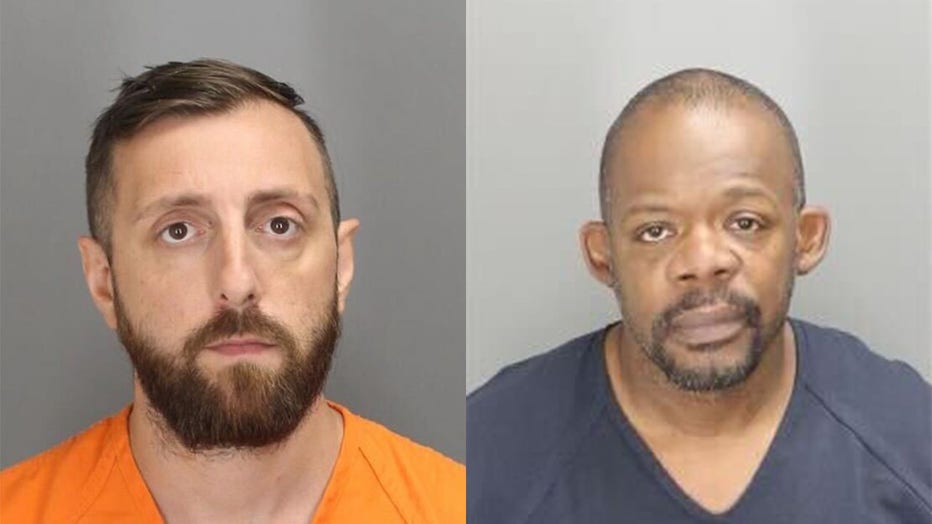 Oak Park police say the victim was approached by the suspect and shot multiple times during the killing. Police said the murder was a targeted killing.

Hutchinson was inside his SUV with his wife when a car had pulled up to the lane next to him and fired into the vehicle. While the victim's wife escaped uninjured, Hutchinson was struck and later succumbed to his injuries.

A vigil was held June 4 for the well-known metro Detroit jeweler, with friends and family turning out to pay tribute to Hutchinson.

"Great guy very charismatic. Had a great personality. Had a lot of knowledge about jewelry and the community. He was passionate about it."

Family and friends gathered to remember Dan Hutchinson; owner of Hutch's Jewelry who was shot and killed on Wednesday.

Family and friends say, 47-year-old Dan Hutchinson, the owner of Hutch Jewelers, made an impression on nearly everyone he got to know.

"Always personable when you meet him. I feel bad for his family because he was definitely that kind of guy. A family guy," said KeVon, a prior customer.