Police searching for Adrian Lamar Brown, wanted for abducting his ex-girlfriend in Warren

The suspect has ties to Dearborn and Detroit and is driving a burgundy SUV either a Chevy Suburban or Cadillac Denali with Florida plates and a broken out back window.

DETROIT - The man who is wanted for kidnapping his ex-girlfriend in Warren earlier this week was previously sentenced to prison for up to 15 years for unlawful imprisonment. However, when he was ordered to appear at the Wayne County jail a day later, he failed to do so.

Instead, Adrian Brown, 31, cut the tether he was ordered to wear during house arrest following his conviction in March of 2020.

A judge ordered an arrest warrant for Brown, who was later spotted at a Subway where he allegedly kidnapped his former girlfriend at gunpoint. She was found safe several hours after the affair.

Brown was initially convicted on three counts of unlawful imprisonment, domestic violence, and interfering with electronic communications on March 3, 2020.

Following his conviction, the prosecuting attorney requested that Brown remain imprisoned because he had been convicted of an assaultive crime, according to a statement from the Wayne County Prosecutor's Office. Instead, the court presiding over the case declined and allowed the defendant to be on a $30,000/10% bond. with a GPS tether.

The tether was later changed to house arrest in September of 2020 when he was scheduled to be sentenced.

An amended date requested by Brown's counsel, which was granted by a judge, despite objections from the prosecutor.

On May 5, Brown was sentenced to 58 months to 15 years in Michigan prison, as well as 12 months to two years for interfering with electronic communications and another 93 days for domestic violence.

The statement from the Wayne County Prosecutor's Office said he was supposed to turn himself in the next day to begin his sentence. He did not do so and the Wayne County Sheriff's Office confirmed he instead cut his tether around 6:30 p.m. of that day.

Around 2:30 p.m. on May 11, Brown allegedly stormed into a Subway and, implying he was armed, abducted a woman identified as Michelle Jackson and drove away. She was found safe eight hours later.

As of Thursday afternoon, Brown is still missing.

He's also expected to be back in court for other drug-related offenses after he was charged with possession. 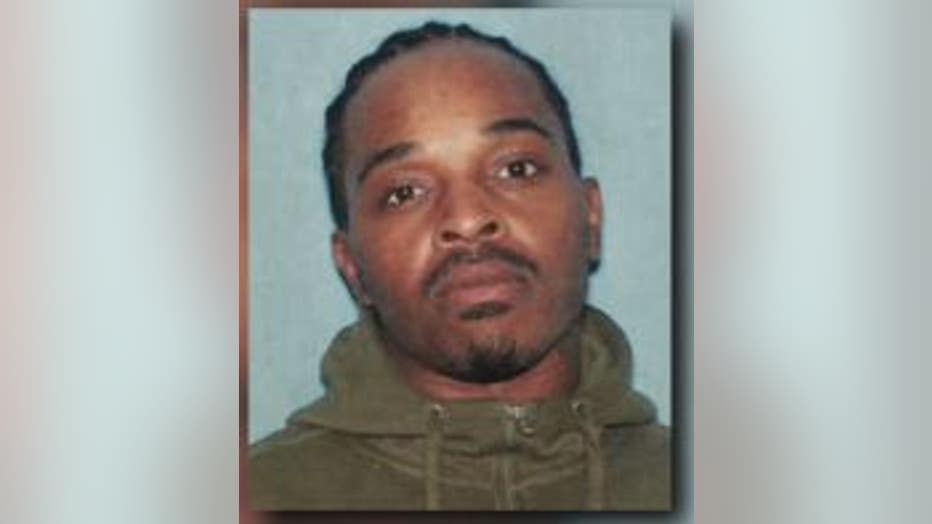 Adrian Brown cut his tether after he was sentenced to prison for unlawful imprisonment.