Michigan State Police and the Detroit Police Department are still looking for a light-colored four-door passenger car with no plate that was involved in a freeway shooting Thursday night. A shooter in that car allegedly targeted a black pickup, firing rounds through the back seat and blowing out the windshield, as well as killing a 2-year-old and injuring another.

DETROIT - One child is dead and another has been wounded after a freeway shooting occurred in Detroit on I-75 late Thursday night.

Michigan State Police were dispatched to the scene around 10 p.m. to investigate the shooting, which is one of two they are currently looking at that happened the previous evening.

As of late Friday morning, police don't have anyone in custody.

MSP said just before 10 p.m., a family of four were traveling southbound on I-75 from Seven Mile Road in a black pickup truck on the freeway when another car pulled alongside.

"They rolled down the window and fired multiple shots at the vehicle," said MSP Spokesman Lt. Mike Shaw Friday morning.

The shots struck two victims sitting in the back of the truck - a 9-year-old and a 2-year-old. Both were males.

The victims were taken to the hospital where the 2-year-old was pronounced deceased. The 9-year-old was originally reported in serious condition but is now stable.

The shooting happened on I-75 near McNichols, which is where the victim's vehicle pulled over to the side.

Detectives closed the highway down to investigate and search for any evidence. Shaw said police worked overnight, getting search warrants, video, and focusing on the area for clues.

He also mentioned the shooting was likely not random but declined to give details that pointed police toward that conclusion.

RELATED: 'This is the worst day of this family's life'; police investigate fatal shooting on I-75

"We know that this is more than likely not a random incident so people don't have to worry about driving down the freeway and thinking that there's someone out there just randomly shooting at cars," he said. "There's always another part of this story."

The car that the suspect shooter was traveling in hasn't been identified yet. Police described it as a light-colored, passenger four-door car with no license plate. 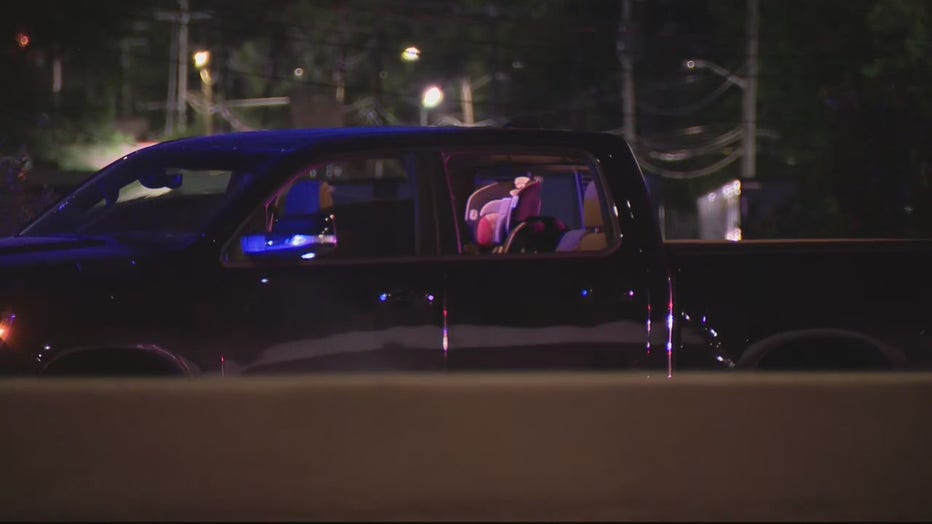 Police are asking for help from the community. "These are issues that law enforcement can't solve ourselves. We can't put a trooper in the backseat of everybody's car to tell them to calm down," said Shaw.

He said the incident is part of a growing trend of violence that's moved onto the highways over the last couple of years.

In addition to the incident on I-75, another shooting happened on the Southfield Freeway last night around 11 p.m. Two victims were struck by non-fatal gunfire near Schoolcraft. The driver was hit in the shoulder and a passenger in the rear seat was hit in the knee.

No motive has been determined in that case but police don't believe it was random either.