DETROIT (FOX 2) - A decrease in train travel led to struggles for Michigan Central Station in the '60s, but the historic train depot would stay open a while longer before permanently shuttering on Jan. 5, 1988.

The last train left for Chicago just over 74 years after the station opened. The first train to leave MCS was headed to Saginaw Bay on Dec. 26, 1913, and the first arrival was from Chicago that night. 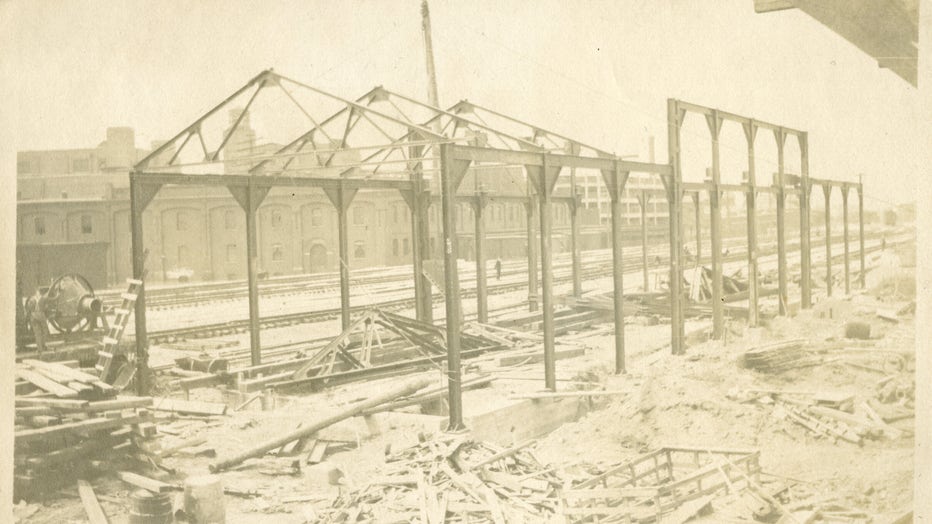 A glimpse into Michigan Central Station's past

Work began on Michigan Central in 1910. It wasn't supposed to open until January 1914, but a fire at the existing station forced its early opening.

It was a spectacular and bustling building in its heyday, and became a hub for many travelers, including servicemembers leaving and getting back to Detroit. 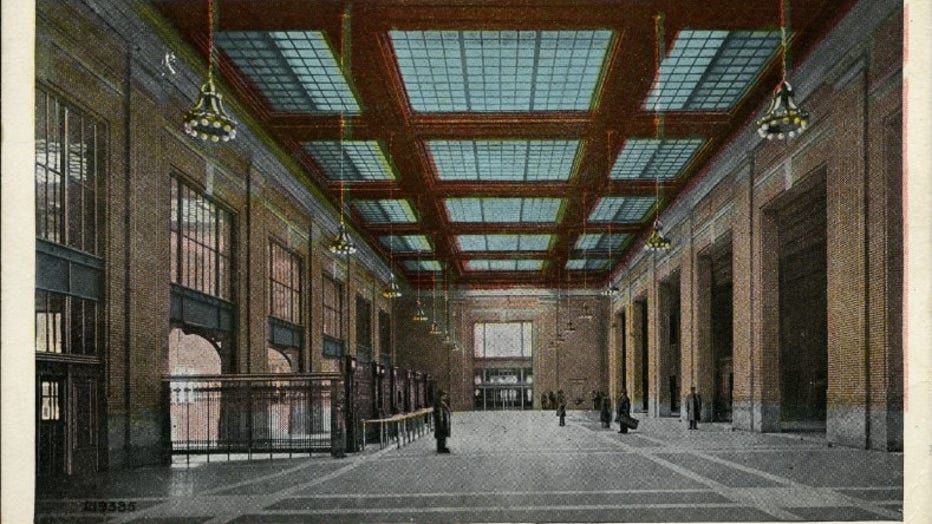 According to Historic Detroit, the waiting room had marble floors, bronze chandeliers, and gargantuan Corinthian columns. The train station also included a barbershop, restaurant, area to bathe, and other amenities for travelers.

Train travel began declining, and fewer people passed through MCS. This led to the closure of the main waiting area in April 1967. It later reopened after Amtrak took over the station in 1971 and did more than $1 million in renovations.

A bus terminal was added during this work.

However, the additions and repairs weren't enough to save Michigan Central. Amtrak moved to a smaller station and operations ceased.

Scrappers essentially gutted the building, windows were smashed out, and graffiti covered the walls both inside and out. 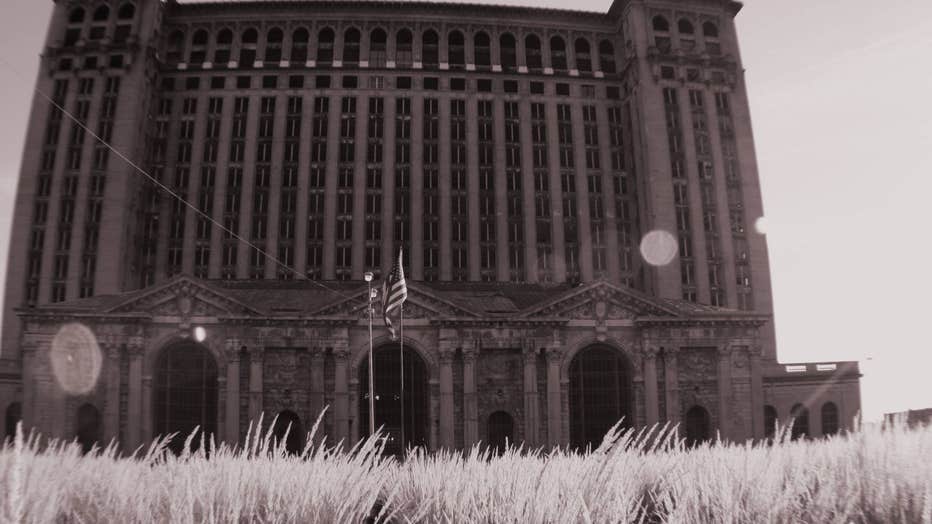 While humans were doing their damage, weather was wreaking havoc and causing water damage.

The structure became a symbol of blight in the city.

During this time, many plans were proposed for the space, but nothing came to be. Some suggested making it into a casino or a police headquarters. Others pushed to tear it down. However, its spot on the National Register of Historic Places prevented this.

Eventually, new windows and an elevator were installed in 2015 by a company owned by Manuel Moroun. He had owned the building since 1996. 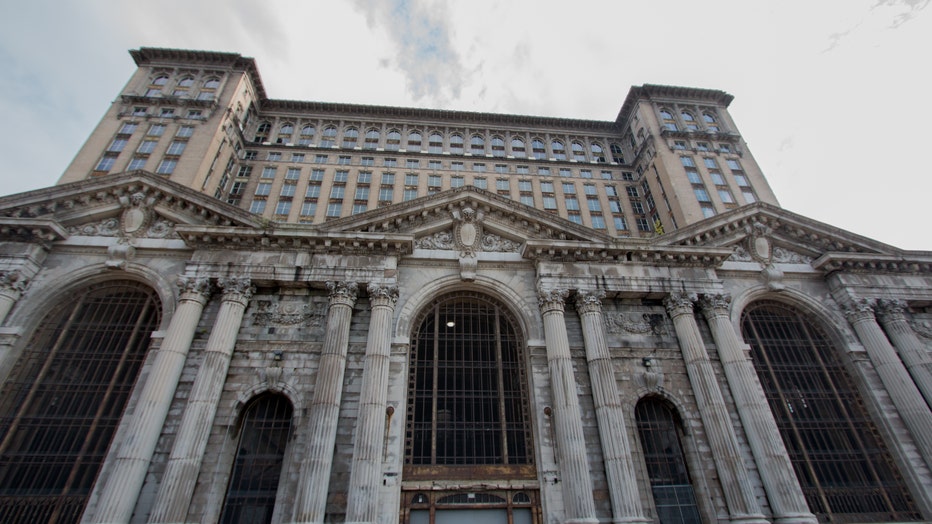 Michigan Central Station in 2017, a year before Ford bought the building. (Amber Ainsworth)

Crews are currently on the third and final phase of renovations.

The first phase entailed winterizing the water-damaged building. It was also stabilized.

During phase two, the mechanical and electrical systems were replaced, and exterior masonry was restored.

Phase three, the final phase of the project, involves finishing and restoring the interior of Michigan Central.

A stolen clock that was returned when Ford bought MCS (Photo: Ford)

Throughout the project, crews have worked to ensure the building maintains its historic charm. Old photos, blueprints, pieces of history found inside the building, and even returned stolen artifacts are helping do that.

Sometimes, this has been a painstaking job to return the depot to its former glory.

For instance, none of the building's capitals were intact when the project began, so a CNC router was going to be used to blend photos of the damaged capitals and make a perfect image of what an undamaged one should look like. However, the complexity of the capitals caused the machine to crash.

Carver John Goodrow Sr. from Capital Stoneworks spent 428 hours in October and November 2020 crafting a capital from a 21,000-pound block of limestone. What he carved became the model for the rest of the pillars.

Work is expected to be finished in late 2022 or early 2023. Once completed, Ford's autonomous vehicle team will call the building home. 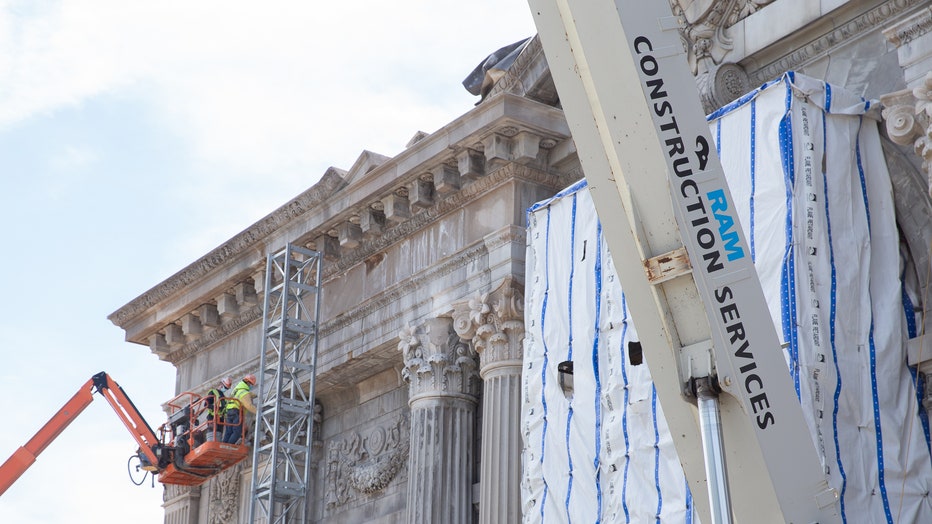 Ford has also previously noted that it intends to keep the main floor open, so the public can see inside the building.

MCS will serve as the anchor of a 30-acre walkable campus Ford is designing with input from the community. Share your ideas here.