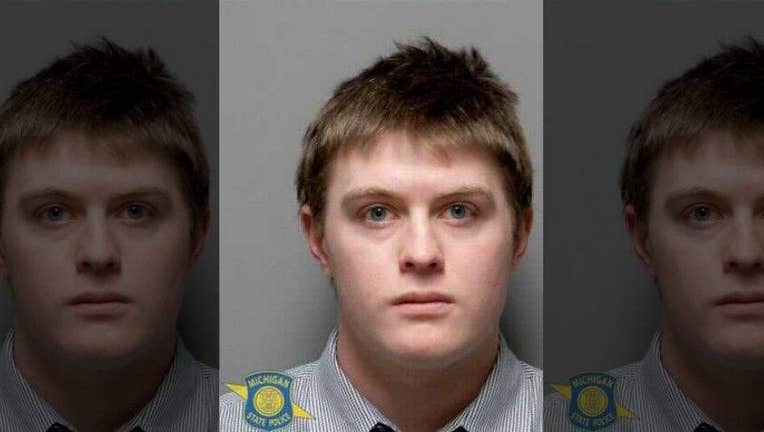 SOUTHFIELD, Mich. (FOX 2) - A member of the Wolverine Watchmen who was not connected to the plot to kidnap Gov. Gretchen Whitmer has pleaded guilty to modifying a gun and silencer.

Maxwell Wyckoff, 22, pleaded guilty on Tuesday in Oakland County court to one count of converting a semiautomatic weapon to an automatic weapon and one count of possessing a muffler or silencer device. The two crimes are felonies and carry a total of 9 years in prison.

Wyckoff was arrested in March and authorities said he attended multiple field training exercises in Munith as a member of the Wolverine Watchmen, which has been described as a militia group. The modified and silencer were found at his Clarkston home earlier this year, authorities said.

Wyckoff has agreed to cooperate with the department's investigation into the Wolverine Watchmen and the eight members involved in the kidnapping plot broken up last fall.

"The charges Mr. Wyckoff faces are serious and I appreciate my team's work on reaching this plea agreement," Attorney General Dana Nessel said. "We will not hesitate to prosecute any individual who commits weapons-related offenses."

As part of the plea deal, Wyckoff will serve probation and can get the conviction expunged upon completion of probation.