INKSTER, Mich. (FOX 2) - A woman was killed in a crash early Wednesday morning as someone was driving shooting victims from Inkster to a nearby hospital.

According to police, a shooting happened at the Parkside Apartments on Carlysle in Inkster. The reason for the shooting was not known and several Michigan State Police investigators are still on scene searching for evidence.

Michigan State Police said there was a party on Carlysle and two unknown men approached it and fired multiple rounds into the crowd of people. Two people were hurt and the shooters ran from the area.

The two victims were driven to the hospital in a private car that was involved in a crash with two other cars at Ford and Inkster roads in Dearborn Heights.

In that crash, a woman was ejected from a car and killed. It's not known if the woman was part of the shooting victims or one of the other cars involved.

EMS arrived shortly after the crash to drive the two shooting victims to the hospital. 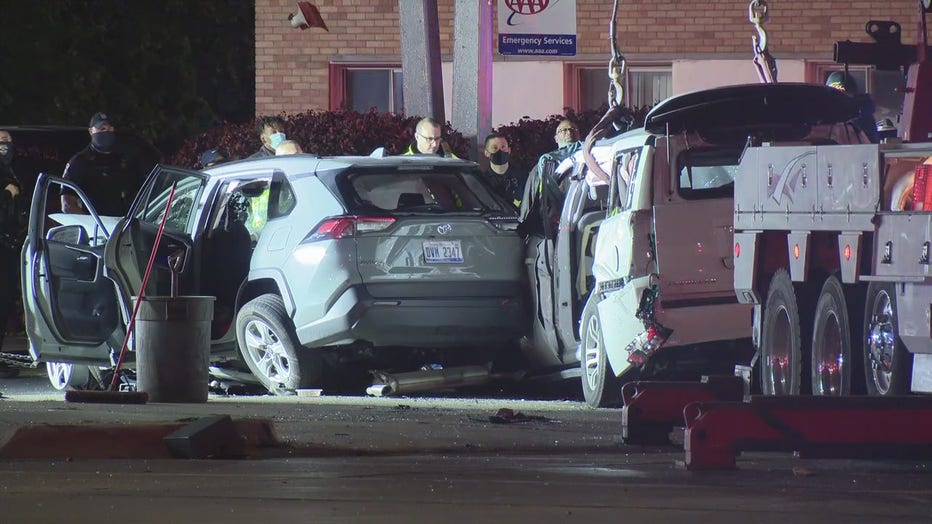