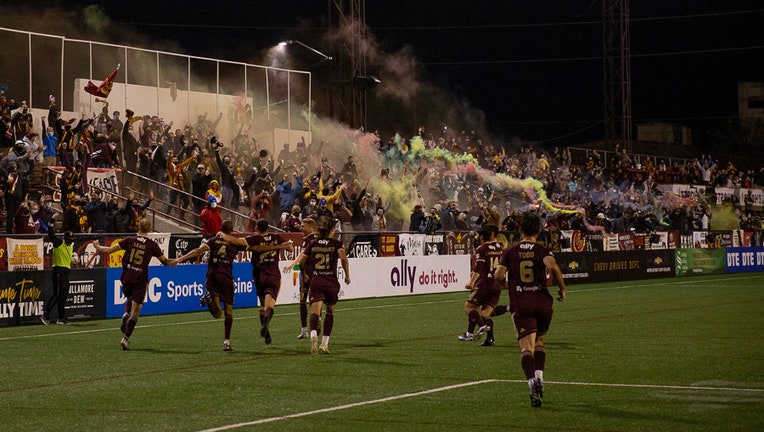 Watch the announcement below.

This past season, the second division had 31 men's teams.

"It’s clear that the time is right for Detroit City FC to move forward by joining the USL Championship," said DCFC Co-Owner and Chief Executive Officer Sean Mann. "This puts us on track to accomplish many of our shared objectives such as fielding a professional women’s side, enhancing our academy program, upgrading our facilities, and expanding our reach. Since 2012, our vision for Detroit City FC has been to become Detroit’s soccer club for all time. We strive to be the most inclusive, community-focused, and supporter-driven club in the USA."

DCFC's fanbase has been committed supporters of the men's team as it moves up the rankings and the women's team, which played its first season in 2020. The men's team was founded in 2012 and joined the National Independent Soccer Association in 2020.

"The momentum behind Detroit City FC is remarkable and a credit to every person who has played a role in the club’s rise," said USL President Jake Edwards. "It’s hard to find a better example of bringing a community together through soccer. We welcome the DCFC community and its famed supporters into the USL family, and we look forward to seeing this next phase of the club’s evolution."

With the change in divisions, the team's stadium, Keyworth in Hamtramck, will get upgrades and more staff will be hired. The current front office and technical staff leadership remain the same.