DETROIT (FOX 2) - A 12-year-old has died in Detroit after police said three young children inside a house found a loaded gun, pulled the trigger, and fatally wounding the child. The shooting happened in front of his 12-year-old twin and a 13-year-old cousin.

Detroit Police tell FOX 2 the shooting happened on Rochelle, near Hayes and Kelly on Detroit's east side when the loaded gun was found by the children. The weapon went off and the child was hit and killed just before 2 p.m. Tuesday.

A tragic accident on Detroit's east side took the life of a young boy Tuesday.

Police say they were alone, there were no adults, and somehow, had access to the gun.

Gerald Ussery lives two doors down and was out back at the time.

"I heard the gunfire. which I thought might have been fireworks," he said."Then it was tragic man."

We’re told the victim and his twin were visiting their 13-year-old cousin's house.

"I saw the kids earlier walking down the street. It’s so tragic." Ussery said.

By the time police arrived, nothing could be done to save the boy.

Detroit police say that gunlocks are available for free at any local precinct.

Investigators have not released any information yet as to why the children were home alone or where the parents were.

This death is the most recent tragedy over the course of the past week involving children. 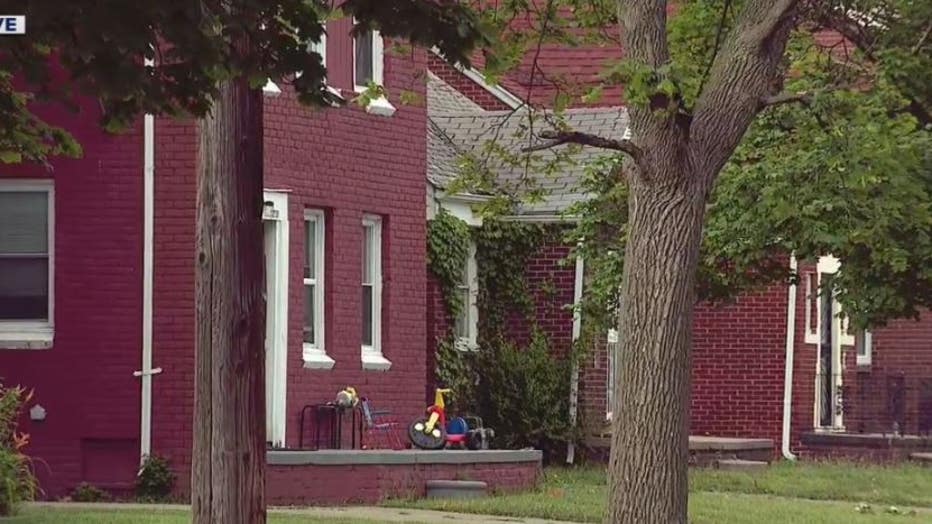 On Monday, a 9-month-old was found inside a home where his mother and father were both gagged, bound, and executed. A person of interest was identified by Detroit Police as Orlando Whitfield, a man who was accused of murdering a woman in Ypsilanti woman in 2018.

The infant, who is about 9 months old, was unharmed but left alone in the house for hours - possibly back sometime Sunday night.

Last Thursday, a 2-year-old boy was killed in what the Wayne County prosecutor has called a case of mistaken identity when shooters targeted his family's pickup truck on I-75 as they left a basketball practice in Dearborn.

Brison was shot in the head, BJ was hit in the arm. Brison died at a nearby hospital.