Three people including two teens were arrested after a wild police chase took officers through Allen Park, Lincoln Park, and Dearborn before ending on the Southfield Freeway in Detroit.

DETROIT (FOX 2) - Driven by a 14-year-old suspect, three people in a stolen pickup truck took police on a wild chase through multiple Wayne County communities before they were arrested on the Southfield Freeway late Thursday night.

One of the passengers in the truck fired gunshots at pursuing officers three separate times, police said. No one was injured or hurt during the chase.

The chase started in Lincoln Park near Fort and Schaefer around 10 p.m. after police tried pulling over a Dodge Ram truck for having improper plates. The suspects instead fled the officers, leading police through Allen Park and Dearborn.

During the chase, a police scout car was struck by gunfire

The chase ended on the Southfield Freeway near Outer Drive, where the suspects - two teenagers and one adult - bailed out the vehicle. They were taken into custody after fleeing the truck.

Recently, police have harped on situations involving suspects committing crimes while out on bond for other charges.

READ NEXT: Gunman who killed DPD officer accused of shooting at Eastpointe prom party in June

In one instance, a Detroit police officer died after being struck by gunfire shot by a suspect being investigated for a separate shooting incident.

The gunman in that situation, 19-year-old Ehmani Davis had been suspected of firing shots at a party in Eastpointe. Police had requested authorization to charge Davis, but they had not been filed by the time he shot Loren Courts. 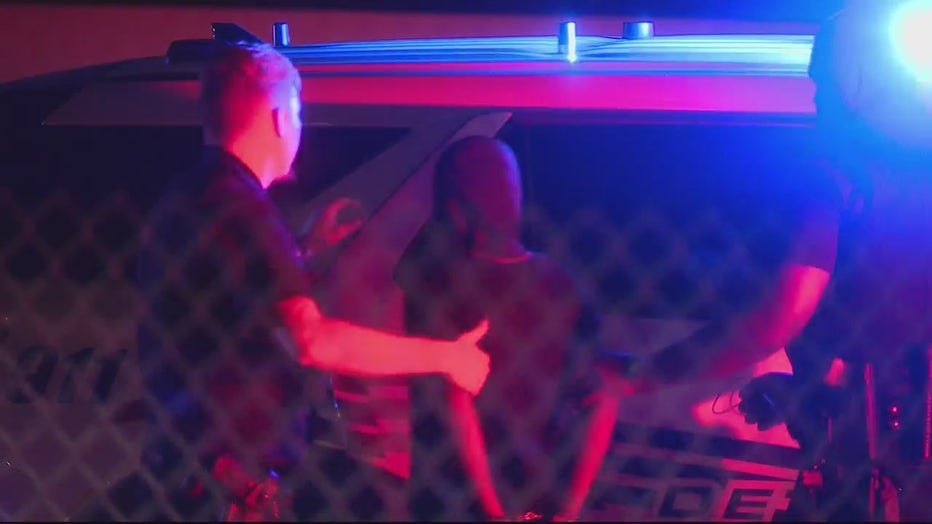 "Enough's enough. We got to do something with the back end of our criminal justice system," said Detroit Deputy Chief Charles Fitzgerald. "We can't keep locking up people that are a danger to our community and citizens and then two nights later we're back involved here."

The pickup truck involved in the chase had previously been stolen out of Ecorse last November.