Police said the car went over the train tracks near Central and John Kronk in Southwest Detroit just after midnight when it was hit by an Amtrak train. Chief James White said officers were clearing a street racing and drifting scene right before the crash.

"A bunch of cars took off, sadly this particular vehicle in question continued speeding off at some point, makes it to the railroad tracks (and) attempts to outrun the train," White said.

A Wixom man and Novi woman, who were both in their 20s, were killed. Amtrak said none of its 102 passengers or crew were hurt.

"I have a terrible feeling about it, it bothers me a great deal," said Kathleen Dallas, who was on the train. "The train made a sudden stop all of a sudden just stopped, and then the lights went down."

She said the train stopped for three hours.

"Everyone was like, 'Whoa, wow, I guess we are not going home now," Dallas said.

After postponing the decision twice, Detroit City Council is set to vote on a $60 million tax break for the Hudson site.

The break would come over 10 years.

After postponing the decision twice, Detroit City Council is expected to vote Tuesday to decide if billionaire Dan Gilbert's Hudson site project will get a $60 million tax break.

It's a decision Mayor Mike Duggan supports, but some Detroiters aren't happy about the potential tax break.

"If he (Gilbert) wants a tax break, tell him to build affordable housing, and we'll cheer him on. We'll do cartwheels and splits," said Jai Kiser, with Detroit Eviction Defense.

Oakland County Judge Cheryl Matthews tossed some evidence from trial after the defense for James and Jennifer Crumbley asked for some evidence to not be used.

James and Jennifer are going to trial on involuntary manslaughter charges after authorities allege they bought their son, Ethan Crumbley, a gun and ignored his mental health concerns. Ethan is accused of killing four students at Oxford High School last year. 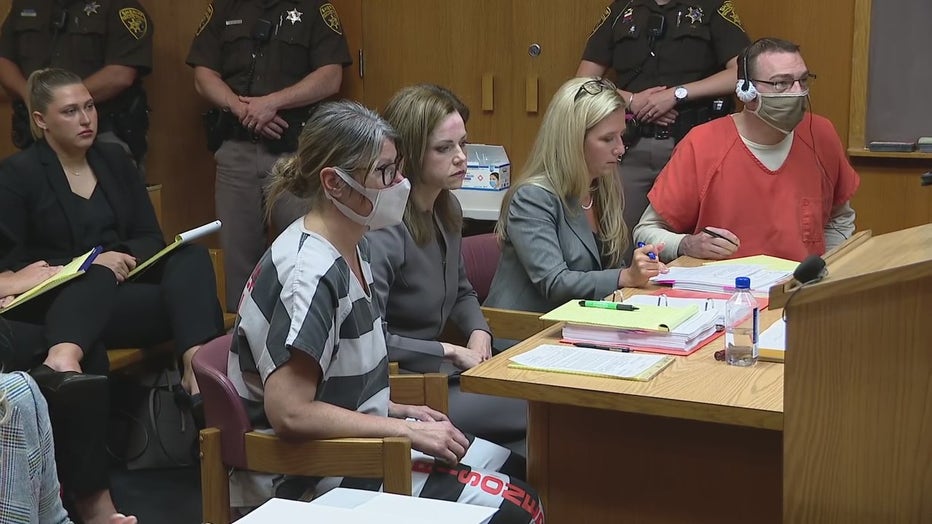 James and Jennifer Crumbley appeared in court on June 27 for a hearing on multiple motions related to their case linked to the Oxford High School shooting.

Matthews ruled that the journal and texts can be used as evidence, but the other information is not relevant or admissible in court.

She also said that Ethan's playing of violent video games and how often his parents were away with their horses can be used in trial, while a Nazi coin found in Ethan's room was tossed from the evidence.

Tuesday starts cool. Highs will be near 80, with some areas staying in the 70s.

We'll see highs near 80 today, with the 90s set to return later in the week.

Authorities continue to investigate one of the deadliest tragedies involving migrants smuggled across the U.S.-Mexico border after 46 people were found dead in an abandoned tractor-trailer on a remote back road in San Antonio.

Sixteen people were hospitalized, including four children, with heat-related illnesses, according to San Antonio Fire Chief Charles Hood. The patients were hot to the touch and dehydrated, and no water was found in the trailer.

A city worker heard a cry for help from the truck shortly before 6 p.m. Monday and discovered the gruesome scene, Police Chief William McManus said. Hours later, body bags lay spread on the ground near the trailer as a grim symbol of the human tragedy.

San Antonio Mayor Ron Nirenberg said the 46 who died had "families who were likely trying to find a better life."

"This is nothing short of a horrific human tragedy," Nirenberg said.