Elderly man attacked by 4 suspects outside home in Ann Arbor

The 79-year-old man was beaten and had marijuana stolen by the four suspects who are still at large.

Police said the men, who all were about 18 years old, knocked on the door of the 79-year-old victim's home in the 1400 block of Marlborough Drive just before 2:45 a.m. When the victim, who was home alone, answered the door, the men said they had car trouble and asked to use his phone.

The victim said no before changing his mind and opening the door again. As the men were walking back to a vehicle parked in front of his home, the victim asked them which number he should dial. While he was dialing the number, the men walked up to the victim's porch. One man was armed with a long gun and another man had a pistol.

Police said the victim refused to let the men into his home, so one of them fired a shot. The victim was not struck.

Then, one of the men grabbed the victim and hit him over the head with the long gun "like a baseball bat," the victim told police. He suffered a non-life-threatening laceration on his head and was treated at the scene.

Two of the men forced their way into the home while the other two stayed on the porch.

When the victim started screaming on the porch, the men fled.

He told police that a jar of marijuana that was near his front door was stolen.

Related: Detectives arrest suspected bank robber after using vehicle to track him down

Neighbors called 911 after hearing the shot and screaming.

Police said a vehicle they believe belonged to the suspects was found unoccupied and running several hours later near Park Place and Sycamore Lane. The suspects were in a dark-colored pickup truck.

Police recovered the truck and say it was stolen.

Investigators are still looking for the suspects. They are seeking video from neighbors who may have cameras. 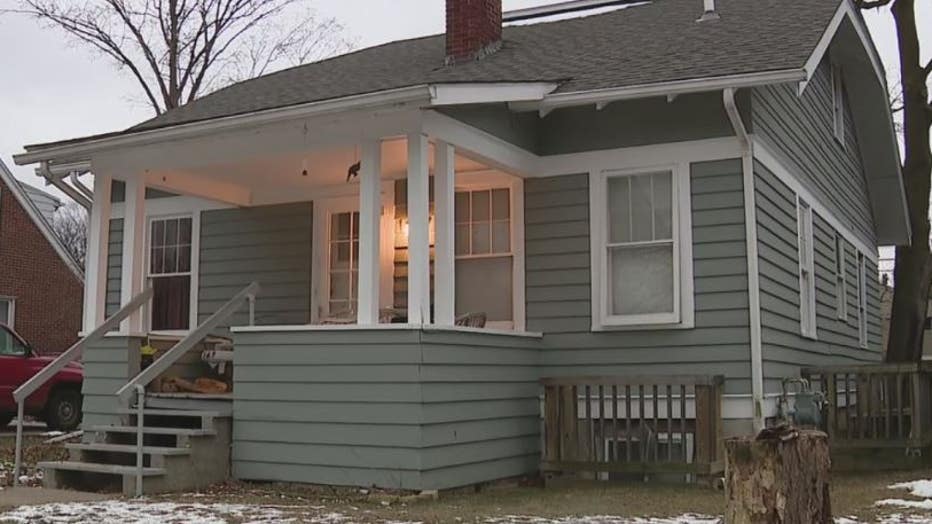