WEDNESDAY NEWS HIT - The Trump campaign has filed another lawsuit in Michigan, alleging voter irregularities and discrepancies amounted to a fraudulent election in the state.

While the lawsuit was filed in the Western District of Michigan, which includes the state government in Lansing, most of the issues the campaign has pertain to processes in Wayne County, where an absentee counting board tabulated hundreds of thousands of ballots in Detroit.

Allegations from the campaign include keeping designated observers from monitoring the vote count and election officials pre-dating ballots that shouldn't have been counted. It has requested the state's certification of election results be delayed.

As most election officials have found so far, there are no credible reports of widespread voter fraud in the U.S. presidential race. While several lawsuits cite affidavits from people claiming to have witnessed these irregularities in real time, none have amounted to the accusations that would sway any results in the states.

The Trump campaign has filed another lawsuit in Michigan, alleging designated observers were kept from watching the vote count and election officials pre-dated ballots that shouldn't have been filed. While the campaign takes issue with Wayne County's elections, they filed the lawsuit in Grand Rapids

Despite the gap in votes, The Trump campaign believes it still has a shot at overturning the result.

"Among other things, election officials in Wayne County refused to permit statutorily designated challengers to observe the conduct of the election and the processing of ballots. Some election officials pre-dated ballots that were not eligible to be counted by altering the date the ballot was received," read the lawsuit.

Last week, as ballots were still being counted in Michigan, the president argued workers should stop counting votes. The accusations stirred up a protest in front of the TCF Center a week earlier. After that, the Trump campaign's legal team, led by attorney Thor Hearne, requested ballot counts cease in front of a judge.

However, he was rebuked and the request for emergency relief was denied. Republican National Committee Chairwoman Ronna McDaniel took to a press conference on Friday to call out the Michigan Secretary of State and Attorney General for failing to uphold a free and fair process.

"The claims are really without merit. Michigan elections were fair, transparent, and there again, there were hundreds of challengers in the Detroit absentee counting board observing the process from its beginning to its end," said Benson.

Woman targeted over Uber Eats dispute gives her side

The woman at the center of a food delivery dispute-turned-shooting says the bullets fired were meant for her, her fiance, or a neighbor. Instead, they struck the shooter's daughter.

Danniea Daniels lives next door to the woman who did the shooting. She said that a neighbor ate an Uber Eats meal that was delivered and left untouched for a half-an-hour.

Then, all hell broke loose.

One of the intended targets shot at during Uber Eats argument where woman hit daughter, speaks

Danniea Daniels says the bullet that struck a 21-month-old girl Monday night was meant for her, her fiance or her neighbor.

Daniels' fiance tried to place peacemaker, breaking up the fight, and offering to pay for the woman's meal. The woman turned down the offer.

"By the time I come around the bend she’s fighting, I mean she’s arguing with him," Daniels said. "So I run up on her and I say whatever and next thing you know, we get to fighting. And amidst of (us) fighting, my fiancé is trying to break the fight up."

Daniels says she, her husband, and the neighbor who ate that Uber Eats meals were standing near the woman’s car when she pulled out a gun and started shooting, missing her intended targets, but accidentally hitting her 21-month-old baby who remains in the hospital.

Police say the shooter is a valid CPL holder. However, she's been in custody since the shooting.

Now, a Wayne County Family Court Judge, Headd's mother, has been charged for covering it up.

Judge Tracy Green knew her son had been abusive to his then-wife for years and that he would also hit his children, often with spanking, hitting them with a belt, or slapping them on the face.

The Judicial Tenure Commission says Green was told by her grandkids and that she would help cover up any bruises to hide the evidence.

"My dad would tell her about a bruise I had or something, and she would put makeup on it because we had to go to school and she didn't want people to see," said one of the children to FOX 2.

Elected to her judgeship in 2018, she was moved from the family circuit court to the criminal division due to the allegations.

She has two weeks to answer to this complaint.

FOX 2 reached out to Green's office after business hours and could not reach her. She has maintained that she did not know about the abuse.

A high school with 800 students has more than a hundred of them in quarantine after possible exposure to COVID-19.

Woodhaven High School, which had full-time, in-person learning, says 11 of its students have tested positive and 150 have quarantined.

"What we're seeing is students contract it outside of school and so it's a reflection of the community spread," Mark Greathead, superintendent Woodhaven-Brownstown School District said. "We're concerned about more students being subject to quarantine and we're certainly concerned about our staff."

Another school, another COVID-19 outbreak. This time at Woodhaven High School which has more than 800 students in school for full-time, in-person learning, forced to take action.

As a result, no students will be in class Wednesday and only half will attend Thursday.

"By having 50 percent in school at a time we can maximize social distancing - we can cut off the close contacts in the quarantining -we can also provide a safer environment for our teachers," he said.

The school plans to keep this policy in place at least until Nov. 30.

The bodies of two people were recovered after a car drove into Terry Lake.

Rescue crews were at the Pontiac site after witnesses say they saw the vehicle drive into the water around 7 p.m.

It is unclear what caused the crash. Neighbors says speed could have been a factor and it would not be the first time.

Both victims were recovered by about 10:30 p.m.

It's unclear what caused the crash, but neighbors say speed could have been a factor.

Brian McKinney has big plans for the three parcels of land he just purchased on Lawton and the other on Livernois.

The sites will be used to construct a full-service garage, a training facility for skilled trades, and a new headquarters to run the academy out of.

With the passage of Proposal N, which will address 16,000 vacant homes in Detroit, there's no better time to get into the trades.

"We’re going to need this pipeline of trained people in demolition to actually take over those contracts and works," said Councilwoman Janee Ayers. "What we will have now, (there) is no reason for anybody to say they can't find qualified Detroiters."

A 41-year-old man has been taken to a local hospital in temporary serious condition after he was shot. 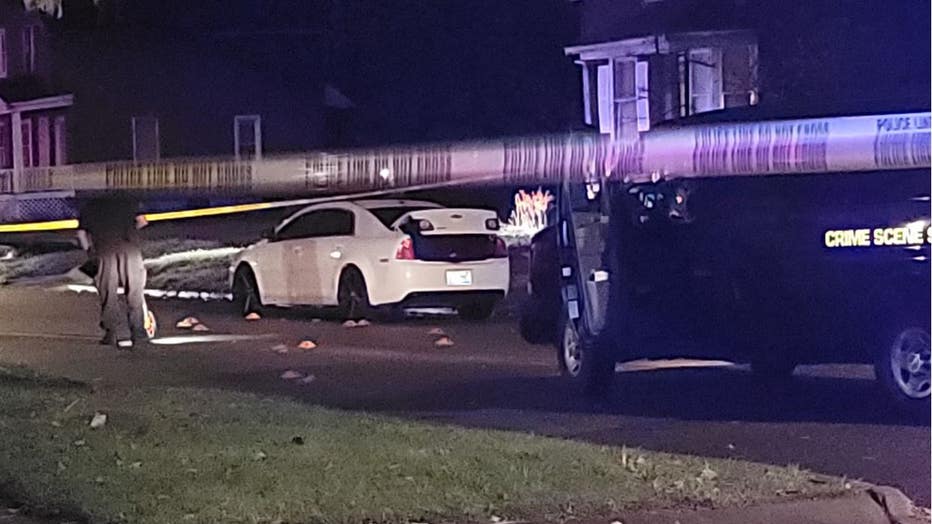 A nonfatal shooting reported on the 6000 block of Maxwell

A preliminary investigation hasn't found much and police have declined to release any follow-up information.

1. Back on the lawmaking trail, Gov. Gretchen Whitmer introduced legislation aimed at helping military families. On Tuesday, flanked by state leaders and military reps, Whitmer announced plans to make it easier for active, former, and spouses of those in the military to get a job.
2. It's been a rough year. Your 2020 doom-scrolling isn't helping either. Here are some tips for breaking out of the social media cycle.
3. The Ferguson family feels lucky to be alive. But even after a fire tore through their home, more bad fortune was on the way.
4. Of the two motorcyclists killed in a crash Tuesday morning, one was a probation officer with a passion for motorcycles.

Get ready to crash back down to reality weather-wise as temperatures take a 20-degree drop. Cold air has arrived and it's expected to stay for a while.

Colder air arrives and stays for a while.

The 2020 election unfolded smoothly across the country and without any widespread irregularities, according to state officials and election experts, a stark contrast to the baseless claims of fraud being leveled by President Donald Trump following his defeat.

Election experts said the large increase in advance voting -- 107 million people voting early in person and by mail -- helped take pressure off Election Day operations. There were also no incidents of violence at the polls or voter intimidation.

"The 2020 general election was one of the smoothest and most well-run elections that we have ever seen, and that is remarkable considering all the challenges," said Ben Hovland, a Democrat appointed by Trump to serve on the Election Assistance Commission, which works closely with officials on election administration.

Following Democrat Joe Biden's victory, Trump has sought to discredit the integrity of the election and argued without evidence that the results will be overturned. Republican lawmakers have said the president should be allowed to launch legal challenges, though many of those lawsuits have already been turned away by judges and those that remain do not include evidence of problems that would change the outcome of the race.