Before they became friends, they were rival attorneys who met many times in front of judges to argue their case.

"Actually we were adversaries on a case and he kept needling me and I called one of my friends and I was like, 'Who is this Cliff Woodards character?'" said Reed.

Woodard died this week after he collided with a Detroit police cruiser early Monday morning at an intersection of W. Chicago and Jeffries. The officers inside allegedly ran a red light when the two vehicles crashed. He was a beloved character in the community and known as a fierce champion of civil and human rights.

Now, Woodard's courtroom opponent will represent his family in the case of his death.

A tragic crash with a Detroit police cruiser takes the life of a prominent attorney. Now a former courtroom rival is now trying to get justice for Cliff Woodards' family. While litigation is a possibility it is not necessarily the goal.

"It's different if someone has a long-term illness and you can kind of prepare yourself and even in those situations you're never fully prepared," Reed said. "But when this is instantaneous and you've spoken to an individual a few weeks prior or a month prior, and then you get that news. This, really, is one we took very hard."

While the Detroit Police Department has placed the officer involved on administrative leave, Attorneys Reed and Arnold Reed II are conducting their own investigation of the collision.

A funeral for the deceased attorney is being prepared as the family comes to terms with their loss.

Additionally, the Reed team says they have talked with Woodard's family about the possibility of starting a foundation and scholarship for the Black Law Students Association at Wayne State University.

A Shelby Township man admitted to authorities this week that he took part in the Capitol Riot on Jan. 6. He was charged with entering a restricted building without permission and violent entry on Capitol Grounds.

Prosecutors say they found pictures of James Allen Mels inside the capitol that day. They initially were tipped off to his actions after a close friend told the FBI he had been there.

Mels says he had traveled to Washington D.C. to show a copy of the United States Constitution and have his voice be heard.

According to an affidavit, Mels had traveled with 11 other "like-minded patriots" who he met online. They all believed the false notion that the 2020 Presidential Election was fraudulent.

A Shelby Township man confirmed that he was inside the U.S. Capitol during the riot in January and gave prosecutors pictures from his phone that showed him taking part in the insurrection.

Detroit expands vaccine eligibility to those with disabilities

Mayor Mike Duggan announced Thursday that people ages 18 and up who have a physical or intellectual limitation can now schedule an appointment to get a coronavirus vaccine.

Conditions that would qualify as a disability include cerebral palsy, autism, down's syndrome, muscular dystrophy, Tourette's syndrome, ADHD, Spinal Bifida, or have hearing or vision aids.

Detroit has continually if marginally expanded the eligibility of acquiring a vaccine as supplies trickling in have increased slightly over the weeks.

So far, about 44,000 doses have been administered to Detroit residents, about 82% of what's been received by the city.

The City of Detroit is continuing to expand access to the COVID-19 for people in the city, now adding those with physical or intellectual disabilities.

Detroit Lions quarterback Matthew Stafford and his wife Kelly say they will gift a million dollars to SAY Detroit to launch the nonprofit's campaign for a new education center.

The "Kelly and Matthew Stafford & Friends Education Center" will be a 20,000-square-foot facility that will include six classrooms, learning labs, vocational training space, and a theater.

SAY Detroit, founded by newspaper columnist Mitch Albom, will break ground on the new facility in the near future. It required $2 million in funding to launch. The Staffords invited several other partners to offer up philanthropic roles as well.

"This is the legacy we want to leave behind," said Kelly Stafford. Matthew played his last game as quarterback for the Lions during the 2020-21 season. 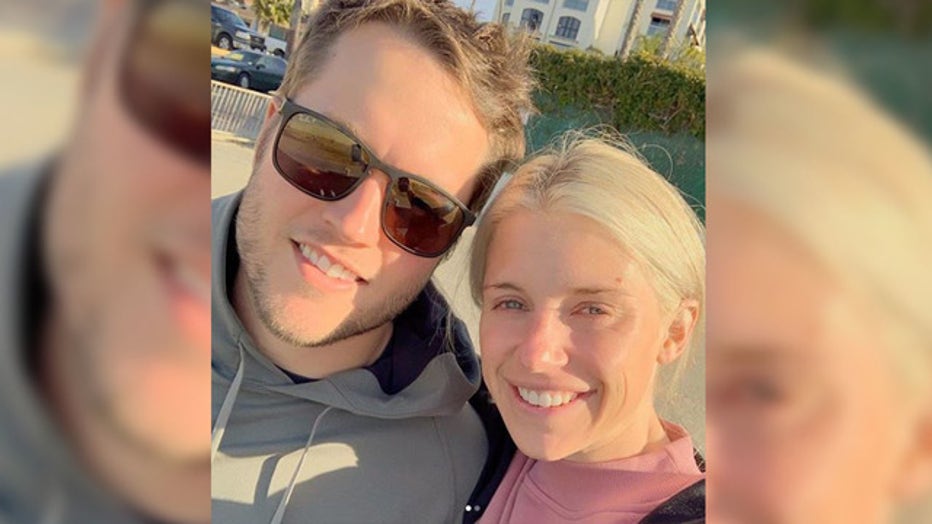 Some flurries will fall throughout the morning Friday before we're left with mostly cloudy conditions throughout the day. About 1-2 inches of snow is expected to fall Saturday.

President Joe Biden announced on Thursday that the federal government has purchased an additional 200 million doses of COVID-19 vaccines and said by the summer, nearly every American will be able to get vaccinated.

"We have now purchased enough vaccine supply to vaccinate all Americans, and now we’re working to get those vaccines into the arms of millions of people," Biden said.

Biden added that in the first three weeks that he has been in office, his administration increased the supply of weekly vaccine shipments to states by almost 30%.

"When I became president three weeks ago, America had no plan to vaccinate most of the country," Biden said. "That means millions more Americans will get the vaccine in February than what the previous administration was on track to do."