THURSDAY NEWS HIT - The Michigan Board of Canvassers will gather for its first high-profile public meeting relating to the midterm election races Thursday to discuss allegations of fraudulent signatures that have endangered half of the Republican Party's gubernatorial candidates.

Some of the party's highest polling candidates, including James Craig and Perry Johnson risk missing the primary in August after their campaigns were accused of submitting petitions filled with thousands of fraudulent signatures.

It's unclear if any of the five campaigns were aware of the fraud, which included instances of forgery, dead voters, and other suspicious signatures.

But what is clear is the bureau's review released Monday, recommending Craig, Johnson, Michael Markey, Michael Brown, and Donna Brandenburg be disqualified from the ballot is one of the biggest shakeups of statewide politics in recent memory.

On the line is the governorship and a race against incumbent Gretchen Whitmer.

When the board meets Thursday, they'll have the opportunity to uphold the bureau's recommendations or reject them. However, it would require at least three of the four members to go against the recommendations for the move to be allowed.

It's made up of two Republicans and two Democrats.

The Republican Party plans to argue against the recommendations.

Gov. Gretchen Whitmer has signed a new directive on reproductive healthcare protections, which instructs departments within the state government to ignore requests from other states looking to prosecute women for seeking abortion-related services.

The governor's directive, announced Wednesday, was written in the shadow of an expected ruling from the U.S. Supreme Court that strikes down Roe V. Wade, the ruling that legalizes abortion across the country. The directive orders any departments "not to cooperate" with authorities of any state investigating someone for "obtaining, providing, or assisting someone else to provide reproductive healthcare that is legal where the health care is provided."

"Now is the time to use every tool in our toolbox to protect all aspects of reproductive health care. No matter what happens in DC, I am going to fight like hell, so every Michigander can make decisions about their own body," wrote Whitmer in a release. "However we personally feel about abortion, health, not politics, should drive important medical decisions."

Police responding to calls from a hospital that was treating a gunshot victim in Detroit are now investigating a freeway shooting on I-375. The man, a resident of Detroit, told police he was shot by someone driving in a black Dodge Durango that he believed had been following him earlier in the evening.

The investigation shutdown traffic on I-375 for hours to search for shell casings. The incident happened around 12:30 a.m. after the dispatch center got a call from Henry Ford Hospital. As is policy anytime a hospital treats someone with a gunshot wound, they must contact police.

Responding officers were told by the 30-year-old victim he had been driving in the area of 555 Brush Street in downtown Detroit when he first noticed the Durango following him. As a precaution, he pulled into a Speedway gas station and watched the vehicle pass by. 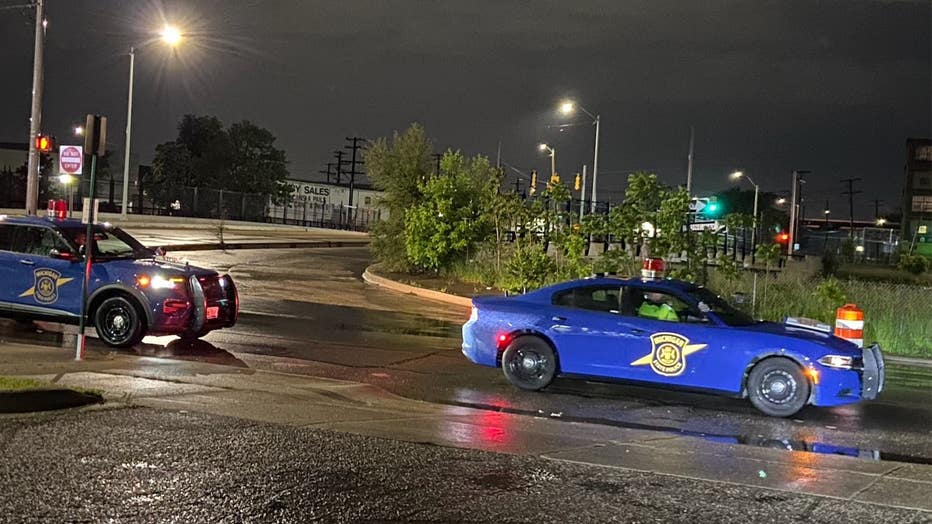 After driving away, he entered I-375 north. While in the exit lane to Caniff Street, the Durango appeared again. It pulled alongside the victim and someone began shooting at him. The victim told police he turned around and headed toward the hospital after being struck. While in route, his vehicle broke down. He flagged someone down who then took him the rest of the way to the hospital.

A Detroit daycare owner is upset with the police department after multiple break-ins at the facility failed to prompt an appropriate response from officers, despite the business being a member of Project Greenlight. The same man has broken in multiple times, mostly stealing petty cash in the process.

A break-in where the burglar is already gone is not considered a high-priority call under Project Greenlight. "I want DPD to take homicides, murders, as equally as important as break-ins because we are business owners and we’re one of the pillars of the community," Denise Lomax said.

Police pushed back on the narrative they weren't doing enough. It has plastered the suspect's face over its social media pages. It also said businesses part of Project Greenlight "will continue to be on our special attention list." But the business owner says that's not enough.

Lomax says police came out to investigate after the two successful break-ins, but only because she’s part of Project Green Light and she says the response was not immediate.

"When I had the Green Light installed I was told there was someone monitoring these cameras 24 hours a day and once they see something, they immediately dispatch the police and they’re here immediately," she said. "That’s the story I was told, that’s what I was sold on, and it has not happened."

In the wake of yet another deadly school shooting in the United States, Metro Detroit school leaders and police are trying to figure out how to prevent future tragedies. "Politicians are not doing their jobs. There's a lot of conversation, but there's not the real action that should be taken to deter," said Warren Police Commissioner Bill Dwyer.

Dwyer and others across Michigan and the country are grappling with news that 19 children and two teachers were murdered Tuesday at Robb Elementary School in Uvalde, Texas. He said putting a police officer in every school is the solution.

"You need more than a metal detector. You need them physically there. And I'll tell you what there's a pool of retirees that are out there ready to go into the schools ready to serve, retirees and retired military people. They're ready," he said. Warren, like many schools in the area, had an increased police presence Wednesday.

How can school shootings be prevented?

In the wake of the Texas school shooting, there's debates about how to stop these unnecessary tragedies.

Dr. Robert Livernois, the superintendent of Warren Consolidated Schools, isn't sure that's the right solution. "I know there's an argument that we need more police in schools or armed teachers and things like that. Much of that is just sort of political folly that unfortunately misses the mark of what's best for the children who are coming in and out of there every day," he said. "Our focus needs to continue to be on screening and understanding children who are having difficulty, because we fully encourage our students in no uncertain terms to tell on other students who they know are having trouble."

Both the temperatures and precipitation will pick up Thursday, reaching the mid-70s as showers with some potential for thunder and lightning in the afternoon arriving.

Frustrated onlookers urged police officers to charge into the Texas elementary school where a gunman's rampage killed 19 children and two teachers, witnesses said Wednesday, as investigators worked to track the massacre that lasted upwards of 40 minutes and ended when the 18-year-old shooter was killed by a Border Patrol team.

"Go in there! Go in there!" nearby women shouted at the officers soon after the attack began, said Juan Carranza, 24, who saw the scene from outside his house, across the street from Robb Elementary School in the close-knit town of Uvalde. Carranza said the officers did not go in.

Javier Cazares, whose fourth grade daughter, Jacklyn Cazares, was killed in the attack, said he raced to the school when he heard about the shooting, arriving while police were still gathered outside the building.

Upset that police were not moving in, he raised the idea of charging into the school with several other bystanders.

"Let’s just rush in because the cops aren’t doing anything like they are supposed to," he said. "More could have been done."

"They were unprepared," he added.