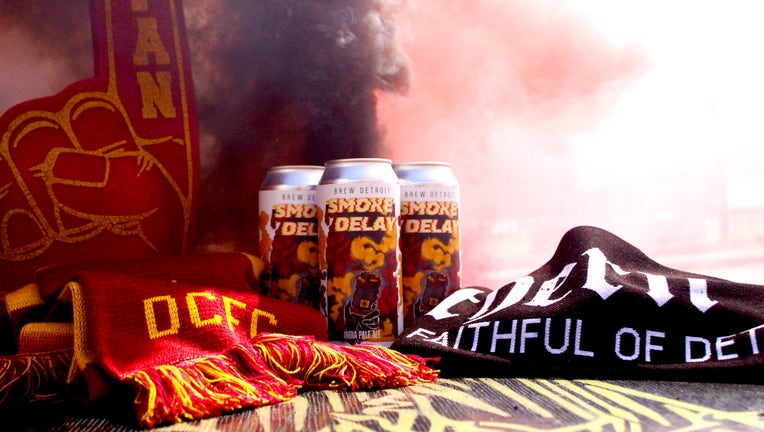 If you aren't familiar, it's when a game is delayed from the smoke bombs fans set off in the stands. And sometimes it happens when spectators aren't even there (blame Smokey the Bot for keeping things fun when the pandemic forced fans to watch from home).

Smoke Bomb IPA, a session IPA, that is dry-hopped with mosaic and lotus, is available now at the Brew Detroit taproom and the beer will be distributed to stores next week. It will also be available when DCFC takes the field at Keyworth for the first home game of the season May 1.

A naming contest was held for the 4.8% ABV brew, and fans voted on their favorites.