PONTIAC, Mich. (FOX 2) - From references to Joe Biden and a desire for fame, to the head of a dead bird and questions of adultery and pot and alcohol use, lawyers representing James and Jennifer Crumbley are attempting to block a bevy of information from the couple's coming trial.

Defense Attorneys for the parents of the accused Oxford School shooter also filed motions to toss out involuntary manslaughter charges the duo face, as well as restrict public statements made by the Oakland County prosecutor.

"It is clear that EC (Ethan Crumbley) anticipated and hoped that his actions would cause a huge investigation, that he would become famous, and that his complaints in the journal against his parents, teachers, school administrators, pretty girls, other students, and President Biden would be heard if he shot up the school." read one of five briefs filed by the defense.

The contents of Ethan's journal reveal the mental state of the teen in the months leading up to mass shooting, where four students died, and seven others were injured.

They also lay out a calculated plan to carry out the shooting, such as "the first victim has to be pretty girl with a future so she can suffer just like me" and "I wish to hear the screams of the children as I shoot them."

Ethan's writings, along with references to his parents and a hope that his attack would lead to President Biden's impeachment, are some of the statements the defense believes could unfairly sway an impartial jury if presented in court.

Attorneys Mariell Lehman and Shannon Smith contend that since Ethan Crumbley will not be testifying, and his parents weren't aware of what he wrote, that it would be inappropriate to include details from the journal. References to "sleepy Joe Biden" may introduce a political bias due to its association with former President Donald Trump, the attorneys wrote.

"The evidence the defense seeks to exclude has the serious potential for distracting the jury from the real issues in the case," they write.

Aside from the journal, the defense also requested several pieces of evidence discussed in preliminary hearings and in media reports be excluded from the case. James and Jennifer's hobby of horses, their marital infidelity, use of drugs and alcohol, as well as Instagram posts and internet searches made by Ethan Crumbley were all listed.

Prosecutor Karen McDonald referenced the head of a bird that was kept in a jar during the early stages of the investigation. It became a focal point as authorities attempted to gauge the mental state of Ethan Crumbley.

Read the more Oxford school shooting stories and get the latest updates here:

James and Jennifer Crumbley have both been charged with four counts of involuntary manslaughter and have been held in Oakland County jail since December 2021.

While their 15-year-old son waived his right to a preliminary trial following charges of murder and terrorism, both cases have become subjects of the debate over mass shootings and where responsibility lies with friends and family that know the assailant.

McDonald's decision to charge the parents of Ethan Crumbley represented the latest evolution with how county prosecutors approach cases involving a juvenile defendant. 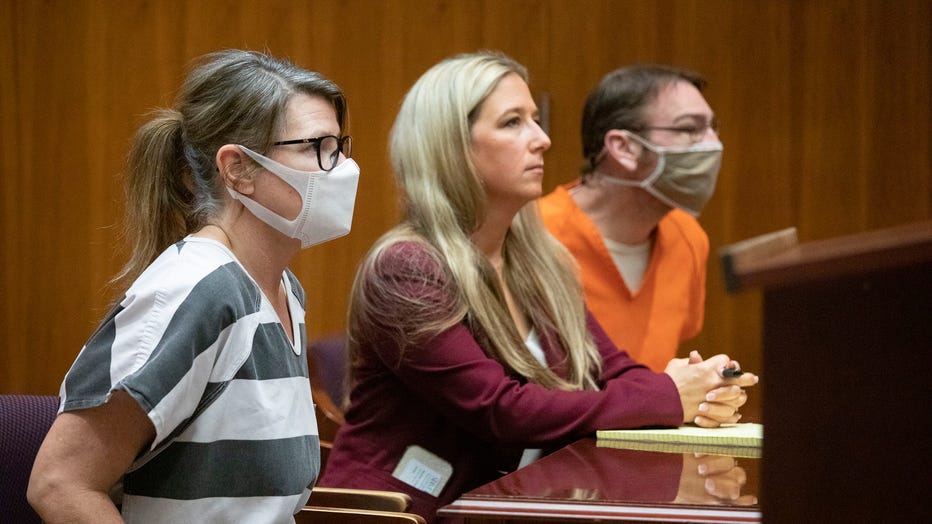 PONTIAC, MI - MARCH 22: Jennifer Crumbley (L) and her husband James Crumbley, parents of the alleged teen Oxford High School shooter Ethan Crumbley who is charged with killing four people and wounding seven others, appear in 6th Circuit Court for the

Lehman and Smith filed five motions in Oakland County Circuit Court on May 18 requesting the charges be quashed, as well as reigning in McDonald's public statements regarding the case. In one motion they criticized her over the timing of her announcement of the charges back in December.