Andrzej Sikora, 65, of Oakland County, was interviewed by detectives on Monday. Currently, he has not been charged with a crime. His attorney spoke with Jessica Dupnack live.

SOUTHFIELD, Mich. (FOX 2) - An Oakland County man, accused by police of helping the parents of the accused Oxford High School shooter hide from law enforcement, met with investigators from the sheriff's department on Monday.

Andrzej Sikora, 65, of Oakland County, was interviewed by detectives on Monday. Currently, he has not been charged with a crime and claims he did not know the Crumbleys were wanted by the police at the time according to his attorney.

Attorney Clarence Dass spoke with FOX 2 tonight about the interview of his client and the search of his house.

"We had a very productive conversation and in my opinion, a very friendly conversation," said attorney Clarence Dass."We talked for two hours about his relationship with the Crumbleys, the timeline of events after the unfortunate tragedy, and what happened when charges were announced for them. Mr. Sikora is confident in his story. I am very confident in what happened and I am confident at the end of this, they are going to conclude that they really had no involvement with the Crumbleys."

FOX 2: "Police took items out of the house can you talk about that?"

"This was a routine search warrant that I knew about, and we voluntarily walked in with them," he said. "They took a couple iPhones and a couple tablets. The Sikoras really don't have really, more than that. I think they just want to dot their 'i's and cross their 't's."

He said this is to confirm the communication between the Crumbleys and Sikora.

"That is what I would imagine, but I also think they want to rule out anything that might be there - just as part of their investigation," he said.

FOX 2's Jessica Dupnack was the only reporter at the Oakland County substation where Sikora arrived Monday afternoon around 3 p.m.

So far, Sikora has not been charged with a crime but has been accused of aiding James and Jennifer Crumbley as a manhunt ensued. The Crumbleys are the parents of Ethan Crumbley, the accused Oxford High School shooter and were charged last week with involuntary manslaughter.

Andrzej Sikora, the 65-year-old Detroit artist accused of letting the parents of the Oxford High School shooting suspect hide in his art space, arrived on Monday to speak with investigators.

The connection between Sikora and James and Jennifer Crumbley remains unknown, although previous media reports have shown Jennifer to have taken a photograph of Sikora's art in the past.

According to Attorney Clarence Dass, Sikora - an immigrant and Detroit-based artist - contacted the authorities after the couple's arrest. Dass also said he had no knowledge the Crumbleys would likely be facing charges when they came to his studio.

"Mr. Sikora doesn't watch the news like many people do and wasn't actually following the development after Oxford," Dass said.

Dass said Sikora allowed the two suspects to stay until 5 p.m. Dec. 3, which is when he left. As he was leaving, Dass said, he told them to lock up. But the couple never left before they were escorted out by police just before 2 a.m. that morning.

Both Oakland County Sheriff Mike Bouchard and Detroit Police Chief James White had suggested someone had helped the Crumbleys evade law enforcement and that more charges may be on the way.

Last Friday, Prosecutor Karen McDonald announced both James and Jennifer Crumbley faced four counts of involuntary manslaughter each for their "egregious" conduct regarding their son. 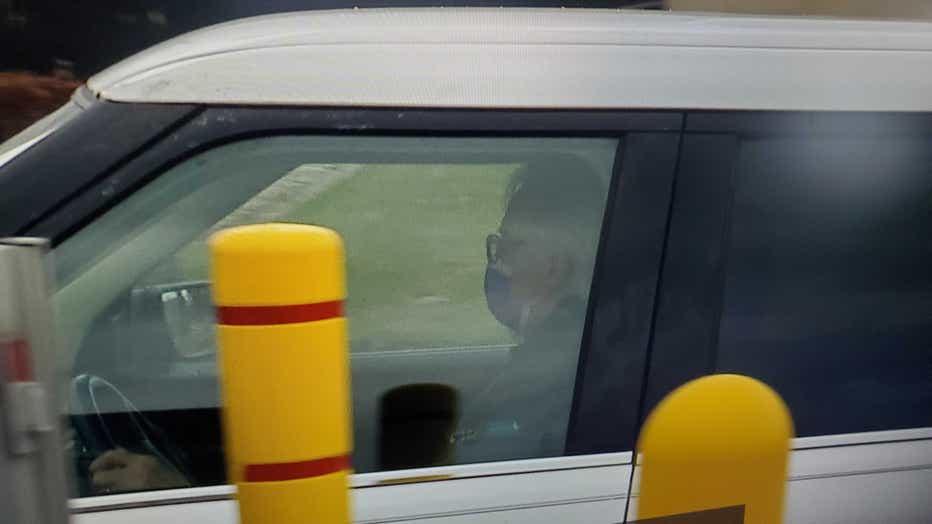