MONDAY NEWS HIT - Tyneika Keliher was supposed to be getting together with family in December 2019.

When the 36-year-old didn't show up and wasn't answering their calls or messages, her family knew something was wrong with the woman described as the lighthearted life of the party.

"I do know what happened to my sister was not something she was expecting. She was making all these plans with us," said Nicole Banks, one of her sisters. Keliher was the youngest of six sisters.

Tyneika Keliher was found shot and killed in 2019, her car burning at another location

On Dec. 30, 2019, Keliher was supposed to be attending a get together with her family. When she didn't arrive and wasn't responding to phone calls or messages, they knew something was wrong.

Keliher's body was found in a wooded lot on Mapleridge Avenue near Hayes Street on Detroit's east side. She had been shot to death. Her car was found burning shortly afterward at 14240 Linnhurst St.

"Tyneika's vehicle was found burned. Her body was left like trash in a field," Banks said. "We're the ones in pain and hurting and agony and I would hope that anyone who knows something about this, that would ease that pain, that they would step up offer that help."

Anyone with information about Keliher's murder is asked to call Crime Stoppers at 1-800-SPEAK-UP.

A man is facing charges after surveillance video showed him attacking his employer.

According to authorities, Keith Demetrious Taylor, of Detroit, thought his paycheck from the landscaping company where he works was short. The 32-year-old is accused of brutally attacking his 75-year-old employer. He asked to be paid before leaving a job site in Rochester Hills. When he saw the paycheck, he allegedly got angry.

Authorities said Taylor kicked the victim in the head and knocked him unconscious. When the victim tried to get back up, Taylor is accused of kicking him again.

Taylor was charged with intent to do great bodily harm less than murder.

Watch the surveillance video (Warning: This video may be disturbing to some):

A worker is accused of attacking his employer outside of a job site in Rochester Hills because he believed he was underpaid.

The Michigan Department of Agriculture and Rural Development released a warning not to drink apple cider from a mill that was not inspected and operating without a license.

According to MDARD, when inspectors from the state visited Bowens Mills in Middleville they became concerned about the safety of the cider. A cease-and-desist order was issued.

The warning includes all ciders from the mill – both those labeled as pasteurized and unpasteurized. 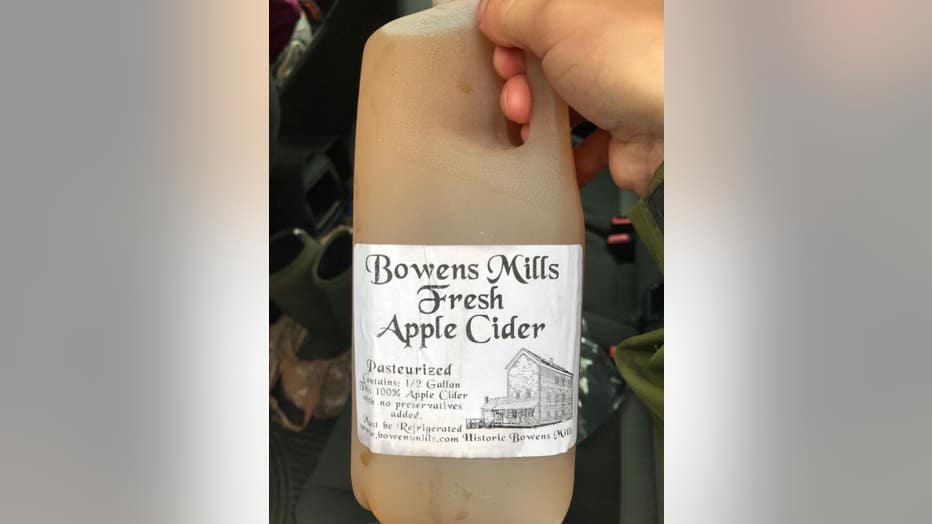 Known as the dean of the city street reporters, former FOX 2 reporter, Al Allen, was inducted into the 2021 Class of the Michigan Journalism Hall of Fame.

Allen moved to Detroit from his hometown in Little Rock, Ark. and started reporting at Mumford High School for their student broadcast.

He has worked in both radio and television at stations in Little Rock and Detroit. Allen covered news in Detroit for almost five decades. He was with FOX 2 for nearly three decades until his retirement in 2012.

Allen has won many local and national awards, including ones from the United Press International, the Associated Press, and the National Association of Black Journalists. He has earned a Robert F. Kennedy Journalism Award and has been nominated for an Emmy from the National Academy of Television Arts and Sciences.

His memoir, "We're Standing By," highlights many of the stories from his life and career.

Al Allen inducted into the 2021 Class of the Mich. Journalism Hall of Fame

The week starts warm with highs near 80.

High temps near 80 degrees today! Will it last? Meteorologist Lori Pinson has your forecast.

Merck asked U.S. regulators to authorize its pill against COVID-19 in what would add an entirely new and easy-to-use weapon to the world's arsenal against the pandemic.

If cleared by the Food and Drug Administration — a decision that could come in a matter of weeks — it would be the first pill shown to treat COVID-19. All other FDA-backed treatments against the disease require an IV or injection.

An antiviral pill that people could take at home to reduce their symptoms and speed recovery could prove groundbreaking, easing the crushing caseload on U.S. hospitals and helping to curb outbreaks in poorer countries with weak health care systems.