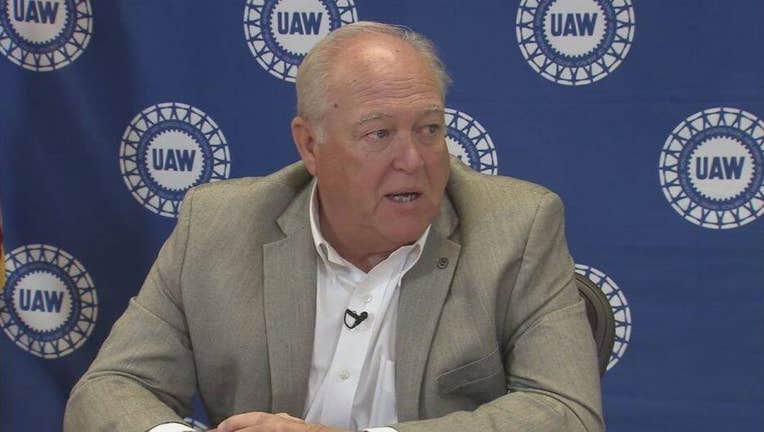 Dennis Williams, former head of the UAW, has been sentenced to 21 months in prison for an embezzlement scheme.

DETROIT (FOX 2/AP) - A welder who rose from the factory floor to become president of the United Auto Workers (UAW) has been sentenced to less than two years in prison after pleading guilty to an embezzlement scheme that turned union dues into a pot of cash for golf, lodging, and fine dining.

Dennis Williams, who pleaded guilty back in September of 2020, was sentenced to 21 months in prison for the scheme and must pay a $10,000 fine. Williams took winter vacations in the California sun covered by dues paid by members of the UAW. He led the union from 2014 to 2018 and was charged in August of 2020 for the scheme.

Williams is the latest in a long line of union officials who acknowledge betraying members through corruption. The probe has resulted in the convictions of 11 people, including another former president, Gary Jones, plus a late official's spouse.

The union also said that he was ‘rightfully sentenced for his crimes that put his personal and self-interest above that of our members and this Union.'

The UAW's Region 5 leadership, based in St. Louis, typically held winter meetings in Palm Springs, California. Williams turned the three-day event into a personal retreat during his tenure, even staying as long as four months in 2017, according to the government.

While railing against excesses in corporate America, Williams was ordering fine meals, sipping champagne and lighting big cigars in vacation villas, all while scheming to cover it up, prosecutors said in recommending a two-year prison sentence.

"Williams has cast a stain on the UAW," the government said in a court filing. "He undermined the trust that the UAW had built up — with its members, with union workers, and even with the general public."

Williams’ lawyers said he has repaid $132,000 to the UAW. They asked for a sentence of a year and a day, the minimum term to qualify for good behavior credits and a shorter prison stay.

"He has lost his career, his reputation, and will soon lose his freedom. He has been punished much longer than the time he will serve in prison," Williams' attorneys said.

With about 400,000 members, the Detroit-based UAW is best known for representing workers at Fiat Chrysler, General Motors, and Ford.

The union said Williams repaid $55,000 in inappropriate travel expenses. Separately, the UAW is selling a lakefront house built for him at a union conference center in northern Michigan.

US attorney says investigation into UAW is not over

A former UAW president is the latest charged for stealing money from members to pay for a lavish lifestyle. And now, possible federal oversight could be coming in the wake of this scandal.