Starting Friday, you may see street closures around Greater Grace Temple. The church is where our city can take another step toward healing as viewing and funeral services for Officer Courts will be this weekend.

DETROIT (FOX 2) - The law enforcement community is preparing to say goodbye to fallen Detroit police officer Loren Courts who was shot and killed in the line of duty -- last week.

Starting Friday, you may see street closures around Greater Grace Temple. The church is where our city can take another step toward healing as viewing and funeral services for Officer Courts will be this weekend.

And a city has lost a police officer. On Monday, Greater Grace Temple will host the funeral service for Officer Courts.

A chance for his family, his department, and the community to say its final goodbye to a five-year veteran killed on duty.

Public viewings are scheduled from noon to 8 p.m. Saturday and 3-9 p.m. Sunday at Greater Grace Temple in Detroit. A funeral for family and members of the Detroit Police Department will be held Monday morning before Courts is buried at Woodlawn Cemetery.

Ellis will preside over Monday’s ceremony. It’s not his first police officer funeral - and he says it’s more difficult each time.

His church — Greater Grace Temple — is one of a few in Detroit with the capacity to welcome the thousands expected to attend.

From Courts’ family and friends to his fellow DPD officers and law enforcement from all over the United States.

"We’re honored to be able to provide the kind of facility where he can receive the honors and the appreciation, that he so deserves," Ellis said.

Last week Officer Loren Courts — and his partner — responded to a 19-year-old armed with an assault-style weapon, randomly shooting on Detroit’s west side. Courts was fatally shot in the neck.

Since his untimely death, we’ve learned about the family man — who followed in his father’s footsteps and joined DPD.

We’ve also seen the heartbreaking impact Courts’ death has had on his family, the police department, and city.

Reverend Lawrence London of New Jerusalem Temple is expected to deliver the eulogy for Courts' funeral.

There is a GoFundMe for the Courts family HERE. 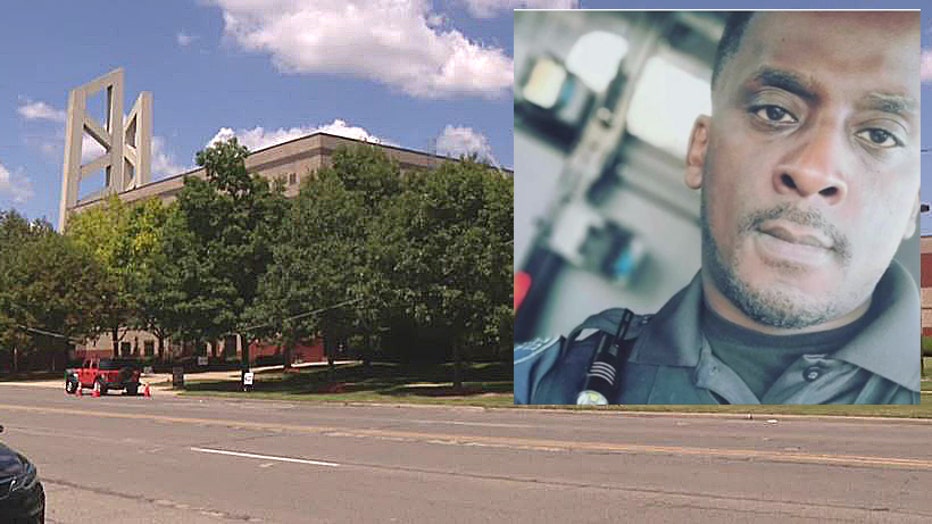