DETROIT (FOX 2) - Detroit police officers were involved in another shooting Thursday evening, ending with the death of a man who is said to have attacked officers with a sword and at least one other weapon. Police released photos of the weapons, which you can see below. One officer was hurt when the suspect threw a dagger that hit them in the face, just below the eye.

This happened at Grand River and Meyers on Detroit's west side around 7:15 p.m. Chief Craig spoke later that evening and gave more details.

Man with sword, dagger killed by police on Detroit’s west side

Chief Craig said the officers were on their way to an unrelated call when they came to the intersection and saw a man in the middle of the road with a 32-inch sword. Craig said the man began approaching the officer's vehicle, swinging the sword "wildly" while dressed in some sort of protective gear.

The officers got out of the vehicle and the man began to run in their direction, still swinging the sword. He was told to drop the weapon but he refused.

One officer deployed his Taser, Craig said, but the man was not stopped.

Craig said the man then at some point took out a second weapon, an 8-inch dagger, and threw it at the officers. One was hit right below the eye.

Craig said the officers continued to instruct the man to drop the sword but he refused, and then at some point, the second officer fired one shot which hit the suspect.

Craig stressed that the timeline is still unclear but at one point the suspect also climbed into the driver's side door of the police car and that a witness saw what was happening and used their personal car to drive up and block the door so the suspect could not get out of the car and get to the officers.

The suspect was taken to the hospital where he later died, Craig said.

That officer who was hit with the dagger is being treated at the hospital. It's not known how serious the injury is.

Chief Craig said police have interviewed the witness as well, who he's calling a Good Samaritan.

Detroit police released photos of the weapons confiscated at the scene. 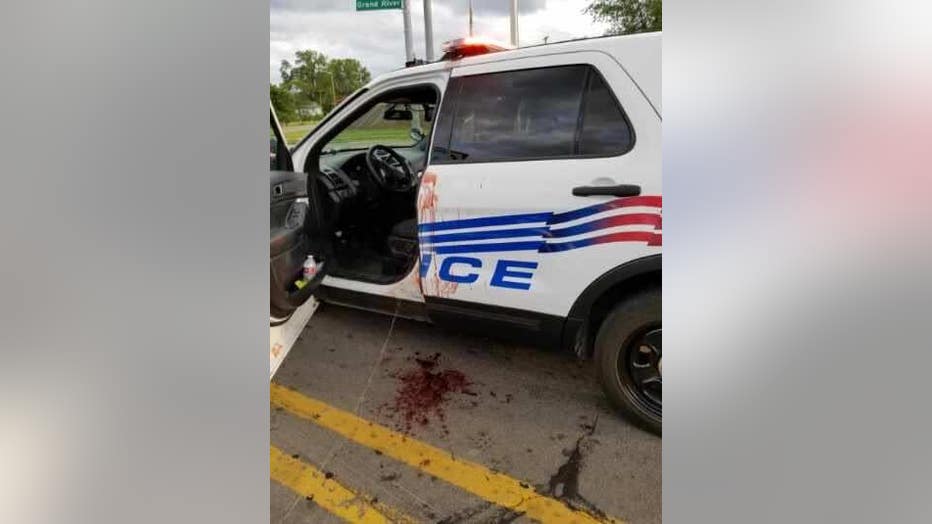 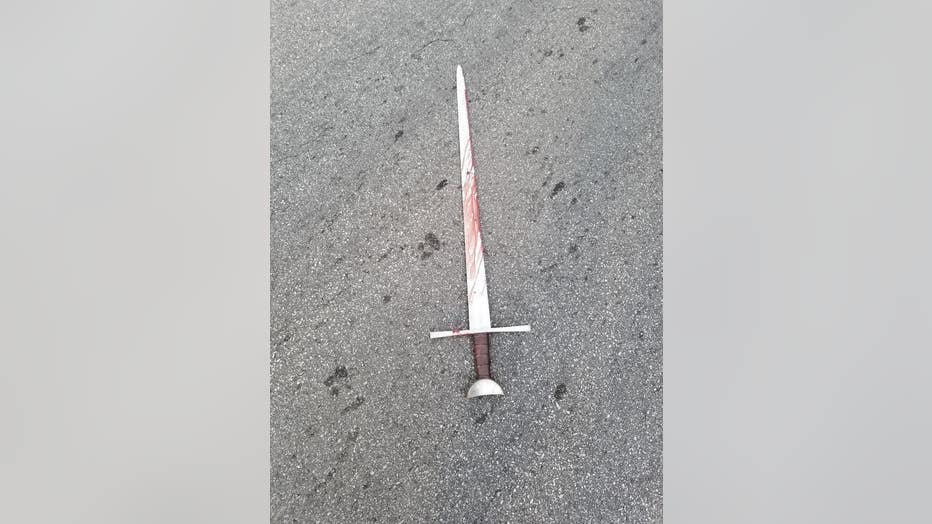 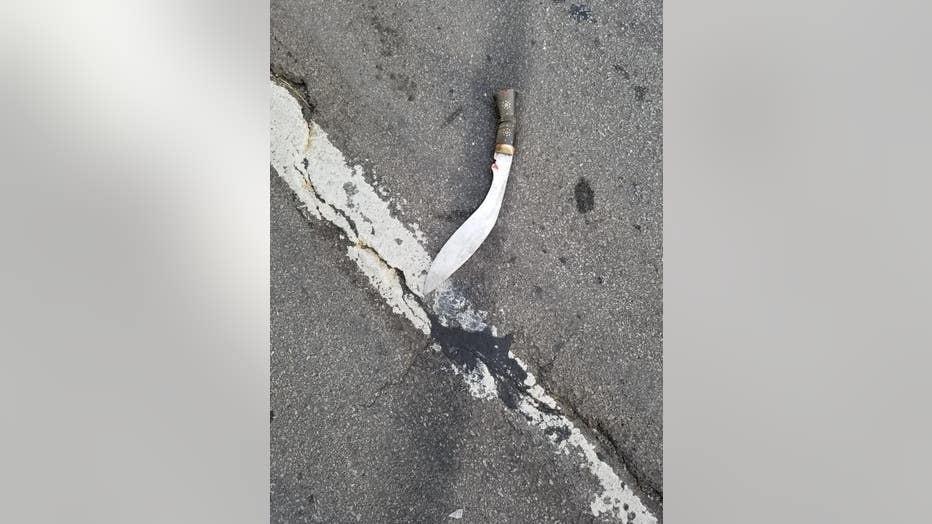 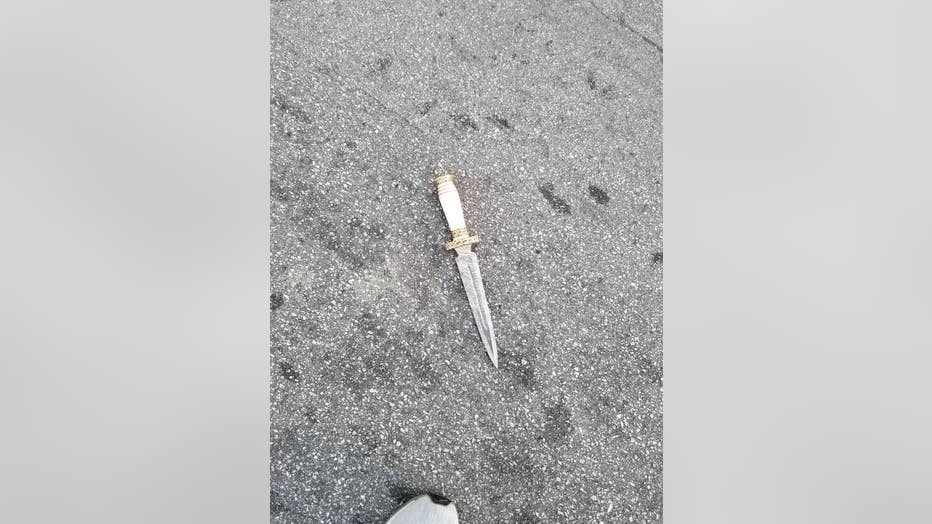 As mentioned by Chief Craig, this is the fourth shooting Detroit officers have been involved in this month.