With 50 percent occupancy for restaurants and bars and 20 percent for banquet halls, business owners want the state to reveal the rationale.

DETROIT (FOX 2) - The Michigan Restaurant & Lodging Association (MRLA) is pushing Gov. Gretchen Whitmer to reveal the data and metrics that determine how the state changes restrictions as it relates to COVID-19 and says 75% of those surveyed want more transparency.

The MRLA has released results of a study it conducted across the state, saying it demonstrates "strong public support to resume indoor dining and travel". In the study, MRLA claims that almost 75% of all respondents believed the governor or the Director of Department of Health and Human Services (MDHHS) should release a "comprehensive plan focused on data, metrics and science that clearly demonstrates how decisions are made in relation to COVID-19 restrictions".

The survey comes as Michigan's COVID-19 cases are spiking again. Michigan has the second-highest rate of COVID-19 infections in the country.

"A clear takeaway from this survey is that Michiganders are beyond ready to get back to the experiences that bring joy and meaning to their lives," said Justin Winslow, President & CEO of the MRLA. "As we embark on spring and another Pure Michigan summer, our hospitality leaders are preparing to meet tremendous pent-up demand safely and ask that our patrons do the same so that our success is sustainable."

According to MRLA, the results aren't bipartisan with 73.8% of self-identified Democrats supporting the requirement of a comprehensive metric-driven plan to retain control of COVID-19 restrictions. MRLA reports 69.4% of Republicans agreed with that statement.

Of those surveyed, 65% said they had already dined in or are comfortable dining in a restaurant. Similarly, MRLA reports 64% of those who responded believe restaurants should open at 100% capacity for indoor dining either now or when vaccines are made available to all eligible residents.

MRLA also reports that  54 percent of Michiganders intend to take a vacation that would require an overnight stay in a hotel or similar accommodation in the next 6 months.

"While restrictions around restaurants, banquets and event occupancy have at times become alarmingly partisan over the past year, this survey data shows overwhelming bipartisan support for the prioritized safety of hospitality workers on the frontline and for greater transparency and accountability in future decision making by the state," said Winslow. "Michigan restaurant and hotel operators and their team members have suffered disproportionately from this gridlock over the past year and the public clearly believes the hospitality industry deserves real support and actual solutions from their elected officials – not partisan gamesmanship. I hope those in Lansing are listening."

The survey was done over four days, from March 18-22 and surveyed 600 people.

Michigan's COVID-19 cases started climbing again on March 10 when over 2,300 people were confirmed to have tested positive for the virus. 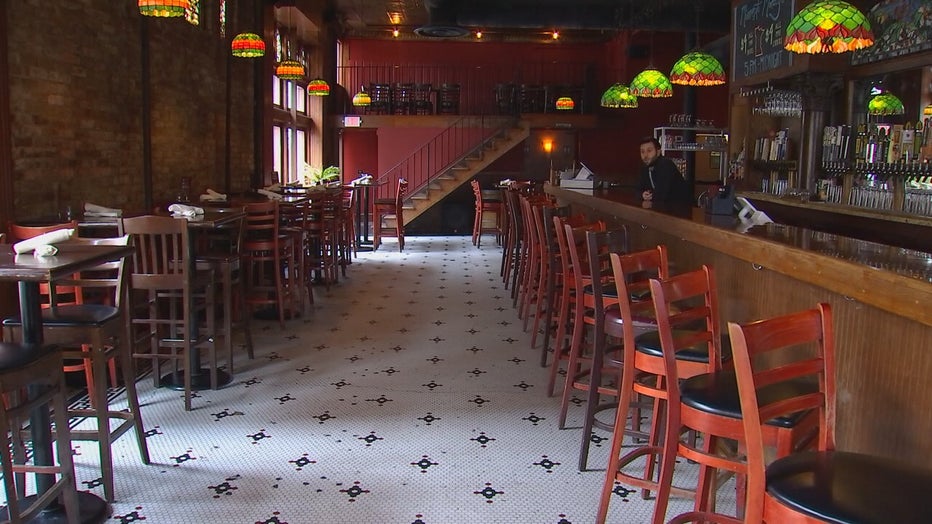