The Detroit Police Special Response Team were called out to a home near Colfax and Spokane Avenue, near Livernois and Joy Road after shots rang out when two neighbors got an argument. One was struck and taken to the hospital in temporary serious condition.

FRIDAY NEWS HIT - Detroit police quickly resolved a barricaded gunman situation after a dispute between neighbors escalated into gunfire and one shooting victim.

A suspect was taken into custody early Friday morning at a home near Colfax and Spokane Avenues, which is west of I-96 and east of Livernois.

Multiple patrol vehicles had their emergency lights on hours after the scene was over. Some 35 evidence markers could be spotted near the scene where shell casings had fallen.

Preliminary information from police reports that two neighbors that knew each other got into an argument early Friday morning around 2 a.m. At one point, the suspect pulled out an AK-47 firearm and fired multiple shots.

The other neighbor was struck while the shooting suspect went back into the house. 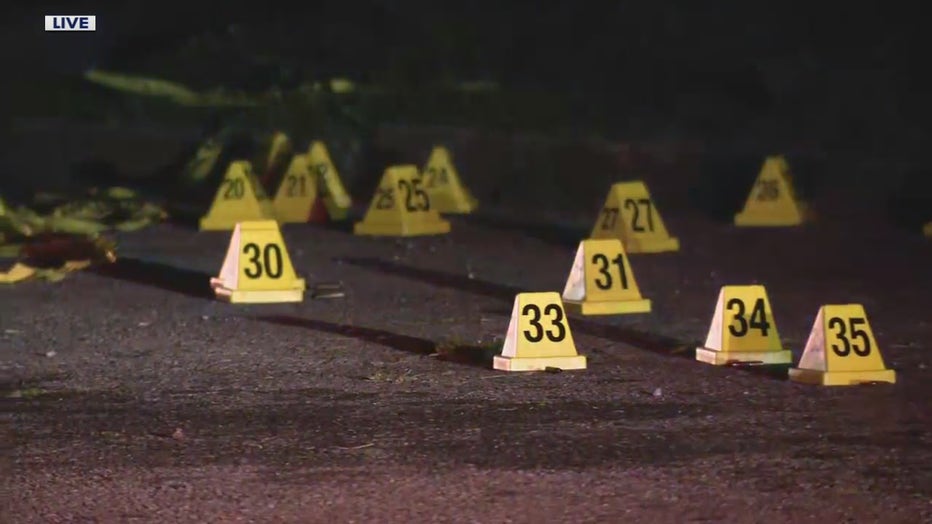 Detroit police placed some 35 evidence markers at the scene of the barricaded gunman.

The gunfire prompted the Special Response team from Detroit police to respond. The scene was resolved quickly.

"There was some back and forth, then yelling," said a woman who lives nearby. "I didn't look out the window but I heard it. I cracked my window then shut it after the gunshot. I didn't hear anything else."

The victim is in temporary serious condition and was taken to the hospital.

It didn't appear the suspect was injured after being taken into custody. Police also recovered the gun believed to be used in the shooting.

The holiday weekend is here and that means relief from the orange barrels that govern driving in and around Michigan.

For Labor Day weekend, the Michigan Department of Transportation is putting its road projects on hold from Friday Sept. 2 to Tuesday Sept. 6 to allow for easier travel around the state.

The main closure that drivers will need to watch out for is the one at the Mackinac Bridge for the annual walk across the massive structure. The tradition, which goes back to 1958, will continue from 7 to 11:30 a.m. Closures at the bridge will be from 6:30 a.m. to 12 p.m.

Lane restriction will remain in effect for 66 road projects. While workers won't be on the roads, the barrels will still be in place.

How did a Michigan voting machine end up in an Ohio Goodwill store? It then found its way to eBay. FOX 2 spoke to the Michigan man who purchased it. It turns out there is a hobby for everything including buying old election equipment. Now Harri Hursti is receiving a lot of attention for his most recent purchase.

"I want to know if it’s mine," said Harri Hursti. He has a lot of questions after he says he purchased a Michigan voting machine on eBay for $1,200. He’s not opening the box and for good reason. State officials have questions too.

Secretary of State Jocelyn Benson said in a tweet, the voting machine was originally from Wexford County and that the missing machine does not tabulate ballots. "I have been willing to speak with the investigators and more than happy that, this is exactly the reason I reported it," Hersti said.

It turns out there is a hobby for everything including buying old election equipment. For one Michigan man, he's receiving a lot of attention for his most recent purchase.

Hersti says he’s the one who reached out to state officials and has already spoken with the Secretary of State Office after purchasing the election device, something he does regularly. He says it’s part of his cyber-security work, to help governments keep voting machines safe from abuse - especially with some people repeating the baseless claims that the 2020 election was stolen.

How did a Michigan voting machine end up on EBay?

A Metro Detroit Uber driver heard a noise, like maybe he’d hit a rock or something. Instead, Raymond Esho found a crossbow arrow lodged in his passenger side rear bumper. "Coming this way to open the trunk and I see something sticking out like this much,"  he said. "The first thing I thought, was what if it hit me in the neck?"

It happened en route to pick up a customer from the I-94 Service Drive at Vernier in Harper Woods. And of course, it was a run he debated even going on for a little extra cash. "Usually I never work at night," said Esho. "I never go out in the dark time. Because of this kind of crazy stuff going on."

It happened en route to pick up a customer from the I-94 Service Drive at Vernier in Harper Woods. And of course, it was a run he debated even going on, for a little extra cash.

He filed a police report with Harper Woods Police Department where they took this arrow in as evidence. He said police were "shocked" to see it. "Wow this is bizarre," Esho said. 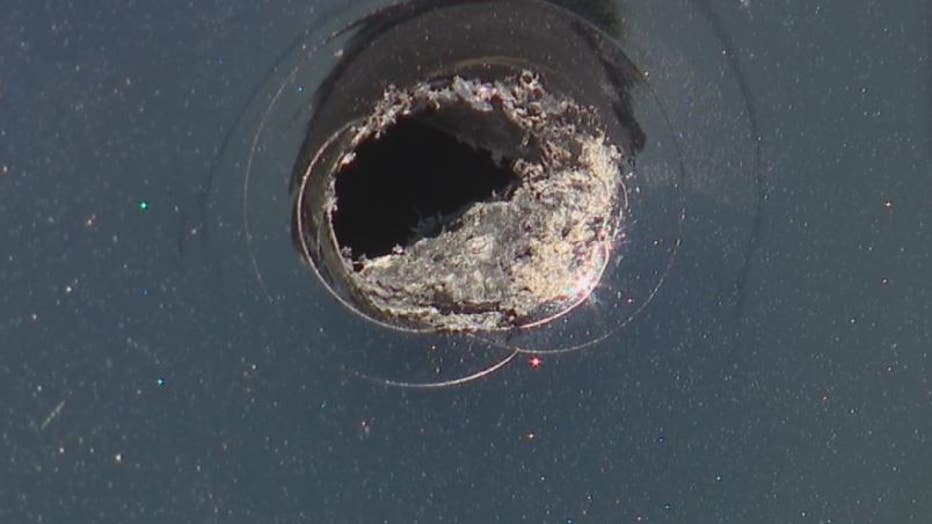 One theory that investigators are considering, is that maybe a hunter was doing some target practice. But Esho isn’t so sure, thinking of all the highway shooting in recent years – in the Metro Detroit area. "It had to be like something someone did purposely, to hit cars," he said.

Someone shot an arrow into a car in Harper Woods

Since the start of the year, 223 Detroit police officers have left the department. That's almost double last year's number. Roughly half of those officers went to other departments.

Levalley said he isn't worried about the number of officers leaving because recruiting efforts are going well. Detroit hired 138 new officers this year, and is on track to hire another 60 in the next two months. Plus, there are 90 in the academy. Some cops that left were taken within a year or two of becoming an officer, or right after Detroit's police academy.

Detroit Police Department continues to lose officers to other departments

The city is working on DPD retention efforts, and legislation is being written to force other departments to reimburse Detroit for its academy and training. About 35 officers who left Detroit went to Warren - likely due to the agency's hire wages.

The heat will give us high 80s this weekend, but it's the humidity that will push the heat index further - likely into the low 90s. Along with potential storms Saturday and Sunday, it will be wise to plan for events accordingly.

Biden warns 'equality and democracy are under assault,' urges people to vote

President Joe Biden charged in a prime-time address Thursday that the "extreme ideology" of Donald Trump and his adherents "threatens the very foundation of our republic," as he summoned Americans of all stripes to help counter what he sketched as dark forces within the Republican Party trying to subvert democracy.

In his speech at Philadelphia’s Independence Hall, Biden unleashed the trappings of the presidency in an unusually strong and sweeping indictment of Trump and what he said has become the dominant strain of the opposition party. His broadside came barely two months before Americans head to the polls in bitterly contested midterm elections that Biden calls a crossroads for the nation.

"Too much of what’s happening in our country today is not normal," he said before an audience of hundreds, raising his voice over pro-Trump hecklers outside the building where the nation’s founding was debated. He said he wasn’t condemning the 74 million people who voted for Trump in 2020, but added, "There’s no question that the Republican Party today is dominated by Donald Trump and the MAGA Republicans," using the acronym for Trump’s "Make America Great Again" campaign slogan.