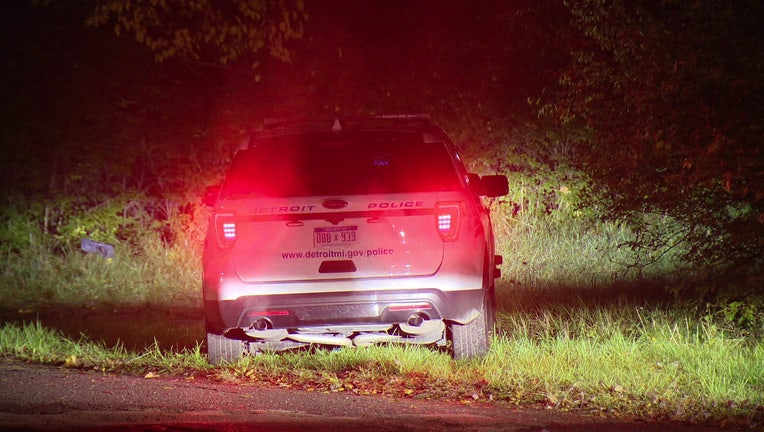 Detroit Police are investigating after a body was found in a burning car Wednesday morning and say it's connected to a missing person's report from Rochester Hills.

DETROIT (FOX 2) - The Detroit Police Department said a body found in a burning car Wednesday morning is connected to a missing persons case in Rochester Hills.

Around 12:45 a.m. on Wednesday, authorities were called to a car fire near Outer Drive and I-96 in Detroit. Once the fire was out, a body was found inside the burned car.

The car, a 2018 Chevy Impala, was reported missing from Rochester Hills earlier in the morning on Wednesday, according to Detroit Police.

The Oakland County Sheriff said deputies were called around 2 a.m. to a missing person report in Rochester Hills. The female caller said her live-in boyfriend had been missing for 24 hours and it was out of character for him.

RELATED: Driver crashes into Dearborn building, gets back in car and drives away

She said he was driving her 2018 Chevrolet Impala and works at an auto body shop in Westland.

Detectives in Oakland County learned the car was in the custody of Detroit Police as part of a homicide investigation. DPD confirmed to FOX 2 that the car was the one found burning on Chapel but said that the body was burned beyond recognition and they cannot confirm if it is the missing man.

The man's name has not been released.

Detroit Police announced they are questioning two persons of interest in connection to the investigation but did not offer more information.