With several key swing states still tabulating ballots that have eaten into the president's lead in states like Pennsylvania and Georgia, Trump took time during a press conference to attack the election systems in Michigan where he referenced several dubious claims like ballots were being dropped off or duplicated after counting had finished in the TCF Center - both of which are unsubstantiated arguments.

"Detroit and Philadelphia are known as two of the most corrupt political places anywhere in our country - easily. They cannot be responsible for engineering the outcome of a presidential race," he said. "Our campaign has been denied access from doing any counting in Detroit. Detroit is another place and I would not say it has the best reputation for election integrity. Poll workers in Michigan were duplicating ballots."

If votes were cast on election day and continued to be counted the day after, then Thursday was spent debunking several conspiracy theories about voting in Michigan.

With several key races tightening as mail-in ballots are still being counted, the president unleashed a verbal tirade against election systems in several states, singling out Detroit and Philadelphia for being politically corrupt.

Several complaints about election processes in Detroit began around midday Wednesday as Joe Biden overtook Trump in Michigan as mail-in ballots were being counted around the state. The Trump campaign filed a lawsuit to stop counting votes and urged supporters to protest at the TCF Center.

Claims that Republican poll watchers were being kept from monitoring ballot counting in the center were at the center of the lawsuit. The filing was thrown out yesterday after the judge called the allegations "hearsay." An amended lawsuit has been filed.

The president also referenced that windows inside the TCF Center were covered with large pieces of cardboard because "they didn't want anyone to see the counting area - even though they were legal observers who were supposed to be there." In fact, there were more than a hundred Republican poll watchers inside.

As it stands, Biden leads Michigan in vote tallies by more than 140,000 votes.

Beyond complaints from the president, several people grew concerned about the use of a Sharpie would invalidate their ballot and the late delays in reporting Wayne County election results.

The Michigan Department of State addressed these concerns on Twitter throughout the day on Thursday.

You can read more here.

It didn't take long for Michigan to update its contact tracing rules for restaurants - about a day. But the change is significant.

Under the old policy, restaurants were required to collect patron's contact information and name so the state could help track potential outbreaks if someone contracts COVID-19 somewhere.

Under a new rule, it's only a recommendation and not a requirement.

The state of Michigan is adjusting an order for businesses to collect contact information and, while they still have to ask for it, they are no longer required to collect it.

"They really love how well we are doing with masks and enforcement. so let’s throw them a next-level challenge of getting people’s name and information,” quipped Matt Buskard, the owner of Bobcat Bonnies a week ago.

The information collected would be kept on file for 28 days before it would be destroyed.

It's not just restaurants, however. The rules also apply to cosmetic shops, recreational sports and exercise facilities, stadiums, arcades, and all business operations that provide in-home services like painting, and repairs.

Dana Nessel offered a curt warning on Thursday to the few individuals who intimidated staff and sent intimidating messages to.

Election day and vote tabulating might be complete in Michigan, but the presidential election is still not over. With the status of executive power in limbo, tensions have remained high throughout the week.

Contrary to reported concerns of election day violence, polls were peaceful on Tuesday and Wednesday. While protests did break out in Detroit over false claims that poll watchers weren't allowed in the TCF Center, nobody was injured.

Online, disinformation swirled around social media where several conspiracy theories about ballots rank amok. Among them is the use of sharpies would invalidate ballots. That is incorrect. Ballots can be filled out by sharpies.

It didn't seem to matter to whoever threatened staff of Nessel, who she says they recommended they "shove Sharpies in uncomfortable places."

On the litigation front of Michigan's election craze, the Trump Campaign's team has submitted an amended lawsuit alleging the improper counting of tens of thousands of ballots in Wayne County.

That filing comes after the first lawsuit was rejected in court on Thursday. The initial accusation alleged the Michigan Secretary of State threw out poll watchers from counting rooms.

A Michigan Court of Claims judge has ruled against Pres. Donald Trump's lawsuit seeking to stop the count of absentee ballots.

Judge Cynthia Stephens rejected that argument, stating the plaintiff's woes were actually with the counting boards at the county level. Later that day, the amended lawsuit directed its complaints at the Wayne County election board for counting tens of thousands of ballots without the presence of a poll watcher.

It's unclear if this would invalidate the votes since the counting has already been completed.

Two in critical condition after double shooting at Dearborn/Detroit border

Dearborn police responded to a double shooting last night where two men were injured by gunfire.

Two victims were stuck while the third drove the car away before flagging down a police officer in the area of Mansfield and Warren on the Detroit/Dearborn border. 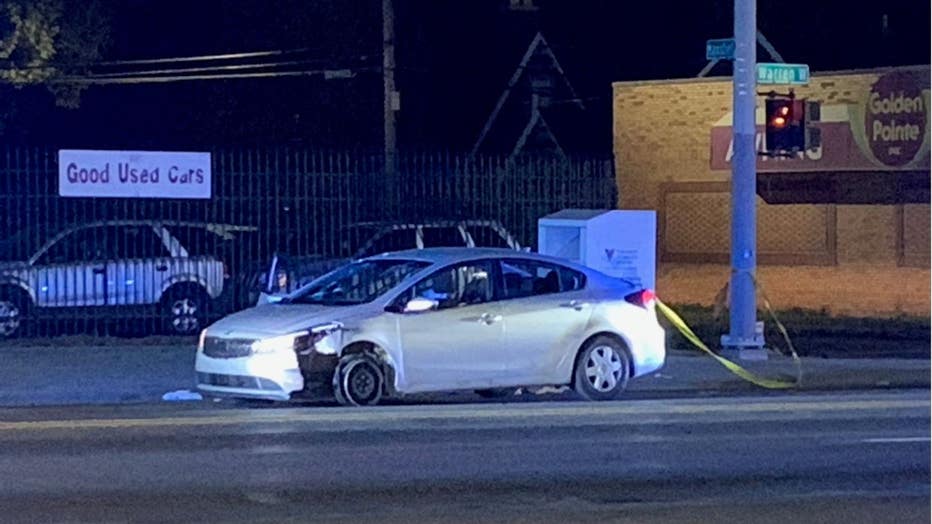 1. Michigan's Senate race has been called and votes show Gary Peters as the winner by more than 80,000 votes. John James has refused to concede, however.
2. Misinformation is spreading like wildfire on social media. Not even FOX 2 was immune from having its content mistaken for something more nefarious.
3. A 16-year-old teen is listed in temporary serious condition after a police officer shot him after the teen aimed a firearm at the officer.
4. He said his name was Chris Conley and he was an ATF agent. His actual name is Christopher Proe - and he is definitely not an ATF agent.
5. While illegal tire dumps are nothing new in Detroit, they've gotten so bad for one family they're taking action.

It certainly isn't going to feel like November over the next few days, but expect the weekend to climb as high as the low 70s. Clouds on Friday will clear up by Saturday for some sunshine as well.

If you were not a fan of the snow we saw last week, not to worry, near record breaking heat is on the way. Expect clearing clouds this evening as temperatures fall into the upper 40s. Lots of sunshine is back in play by Friday with highs jumping into the upper 60s to near 70 degrees. Highs on both Saturday and Sunday are expected 10 to 15 degrees above normal in the upper 60s and low 70s. Enjoy the mild temperatures while we have them because much colder air is on the way by next week at this time.

The overnight vote count from Clayton County helped push Biden into the lead.

The presidential race remains too close to call as votes continue to be counted in the race for Georgia's critical 16 electoral votes.

As of 10:35 p.m. Thursday, there were approximately 14,097 ballots still outstanding in the Peach State, the Georgia Secretary of State's Office reported.

Georgia election official Gabriel Sterling, during a press conference Thursday afternoon, said they would rather be accurate in their count than fast.