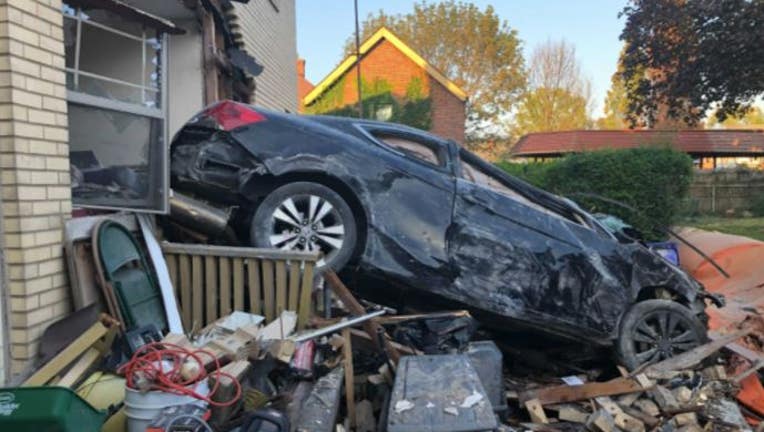 DETROIT, Mich. - Detroit Police say a 33-year-old woman was arrested and released to a local hospital after crashing into a home on Detroits' eastside.

RELATED: Speeding car crashes into - and through house on Detroit's east side

A wild scene at Chalmers and Scripps on the city's east side Friday night.

According to police, the female diver was in a 2011 Honda Accord when she crashed into a home in the 14400 black of Scripps around 5:23 pm on Friday.

The homeowner, a 63-year-old man, was inside the home during the crash but was uninjured, said police.

The driver was listed in stable condition, and police say they believe speed and alcohol were factors in the incident.