A Warren police officer was found unconscious but breathing after losing control on his motorcycle on I-696 along the service drive. What followed was a police escort on the highway as patrol cars sped to take the injured officer to the hospital. He remains in critical condition.

THURSDAY NEWS HIT - It was an impressive sight late afternoon in Metro Detroit when dozens of patrol cars rushed down I-696 for an escort after a Warren police officer was knocked unconscious after crashing on his motorcycle on the highway.

According to police, the officer had been monitoring for speeding traffic when he lost control on the service drive of I-696 and Gratiot.

The 47-year-old officer was taken to a local hospital where he was last listed in critical condition.

In a brief phone interview with FOX 2 Thursday morning. Warren Police Commissioner Bill Dwyer said the officer has serious injuries and has a long road ahead in terms of recovery.

The incident happened around 4 p.m. when Warren police called Michigan State Police about a motorcycle officer that was down. He was still breathing but was not conscious. Witnesses say when he hopped on his bike, he hit a curb and lost control.

Both him and his bike came to a stop in front of a semi-truck about halfway down the ramp. 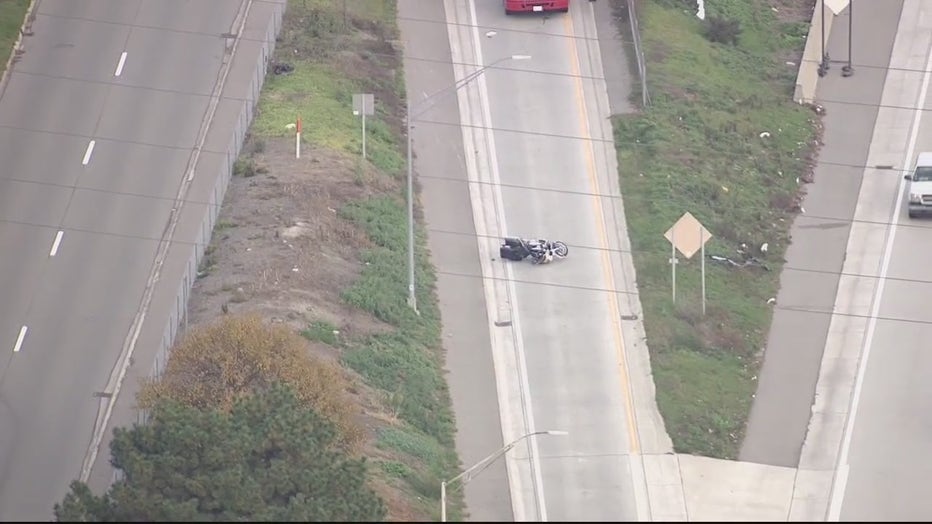 Viewer video from an overpass on I-94 caught footage of 20 police cruisers with lights and sirens on, escorting an ambulance carrying the 9-year veteran of the department to Ascension St. John's Hospital in Detroit.

Residents in Virginia Park say their shot at purchasing heavily discounted homes and lots were blocked by the Detroit City Council after a majority of councilmembers voted against an agreement between the city and a land developer to make 40 homes and 100 vacant lots available.

Ron Castellano had signed with the city in 2015 to rehab the old Herman Keifer hospital and the vacant houses nearby. So far, he's done 15. Residents lobbying for the chance to revamp those properties themselves never got the chance to see their efforts bear fruit.

The city and a developer agreed that he would give back 40 homes and 100 vacant lots he bought from the Land Bank so it could put those properties up for auction, giving longtime residents a chance to buy them at an 80 percent discount - but only if council approved it.

"I think what you just said, ‘opportunity,’ not a guarantee," said Mary Sheffield, city council pro tem. "And that was the main issue I heard from residents." Sheffield was one of five members who voted against the deal. She argued that developers with deep pockets could still sweep in and outbid residents for those lots.

The Land Bank says the council’s no-vote will keep them in Castellano’s portfolio, but Sheffield says it gives them more time to hammer out another deal, arguing a reverter clause in the agreement that allows the developer to negotiate if he continues to struggle with financing. But other residents feel the best deal was already on the table.

Michigan Attorney General Dana Nessel released an apology Wednesday night regarding an incident from the Michigan-Michigan State football game in East Lansing on Oct. 30. Nessel posted a photo of herself appearing slumped in her seat during the game on social media under the headline, "My official statement on 'Tailgate-Gate.'" In the statement, she said she said she drank two bloody marys on an empty stomach while tailgating before the game, causing her to feel sick.

"Before the big game, I attended a tailgate on an empty stomach. Much to my surprise, MSU tailgate’s tend to have more alcohol than food, so I thought it seemed like a good idea to eat 2 Bloody Mary’s, since as long as you put enough vegetables in them, it’s practically a salad. As it turned out, this was not a brilliant idea. Also, I might be a terrible bartender," she quipped. "I proceeded to go to the game (which I’m told Michigan definitely won!) and started to feel ill. I laid low for a while, but my friends recommended that I leave so as to prevent me from vomiting on any of my constituents." 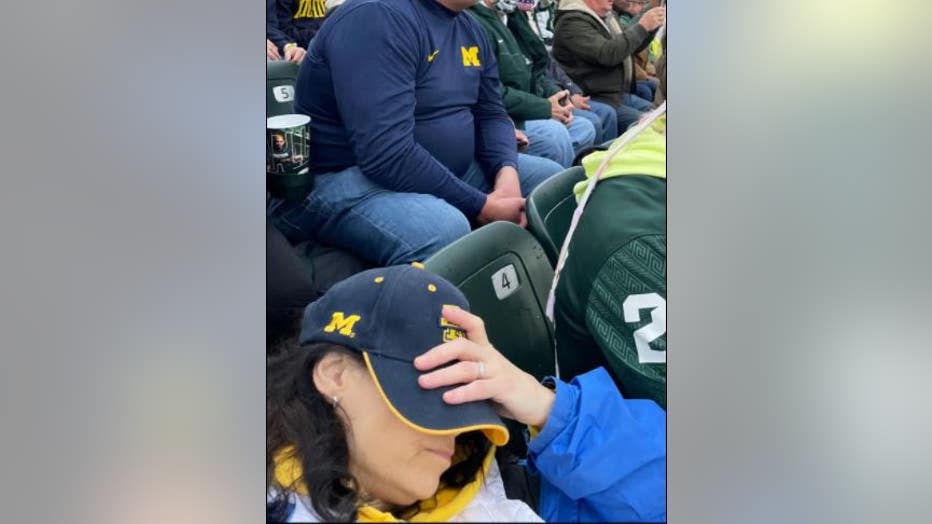 From there, she detailed how she received help to leave the game and emphasized she did not drive herself.

"I had a few folks help me up the stairs and someone grabbed a wheelchair so as to prevent me from stumbling in the parking lot," Nessel said. "Like all smart people attending festivities where drinking occurs, I had a designated driver. I went home, fell asleep on the couch, and my wife threw some blankets on me and provided me with some water and Tylenol for what she knew would be a skull-crushing hangover the next day."

Michigan Secretary of State Jocelyn Benson announced that residents can now select a non-binary option - marked with an "X" - as the sex on their driver's license and state ID card, Wednesday. "Personal identification is just that - personal," Benson said. "I am proud that Michigan is, with this move, joining 20 other states and the District of Columbia that offer this option."

It’s an option that allows residents to properly and accurately choose how they want to be identified "Non-binary people like me and my partner and my child, have been forced to select between limited options that do not represent or include us," said Carol Copeland, activist.

The fight to not be forced to select male or female on a government ID has been ongoing in the state, said activists.

The fight to not have to select male or female on a government ID has been ongoing in the state "Despite years of advocacy and requests to meet, (they) were ignored by the former administration that refused to budge and we sued them In federal court," said Jay Kaplan, attorney, ACLU of Michigan’s LGBT Project.

In 2019, Benson reinstituted a previously long-standing department policy that enabled residents to change their sex marker without providing documentation. But technology at the Secretary of State’s Office could not provide a third option to be listed on the ID. That changed this year, thanks to a new system and technology upgrades that made Wednesday’s announcement possible.

The University of Michigan is working with partners to find solutions to climate change. Students working on their master's degrees and faculty will help with the School for Environment and Sustainability Clinic in Detroit.

"The focus is going to be on climate change and the effects of climate change like flooding," said U-M professor Dr. Jonathan Overpeck. "We wanted to establish a clinic in Detroit in order to make this work even more efficiently."

Students and faculty from the University of Michigan want to help prevent flooding and other issues in Detroit.

Many Detroit residents are still dealing with the aftermath of severe flooding over the summer. The clinic's primary focus will be the Jefferson Chalmers area, one of the hardest-hit spots in the city.

The clinic will also focus on other issues, including affordable energy and affordable water. "So, this is all about partnership. It’s about listening to what the people of Detroit need and then seeing where we can deploy our students to essentially learn on the job to help people of Detroit," Overpeck said.

It's going to be a bit warmer Thursday before some strong winds and rain sweep through Southeast Michigan by the late afternoon. After that, temperatures take another plunge into the weekend.

Warm and windy with a wet finish to the day!

By the weekend we're talking cold and snow.

After making a promise on Twitter, Tesla CEO Elon Musk has sold about 4.5 million shares of the electric car maker’s stock, raising over $5 billion.

The sales, disclosed in 10 regulatory filings late Wednesday, amount to about 3% of Musk’s stake in the company.

About $1.1 billion will go toward paying tax obligations for stock options granted to Musk in September.

Last weekend, Musk said he would sell 10% of his holdings in the company, worth more than $20 billion, based on the results of a poll he conducted on Twitter. The sale tweets caused a sell off of the stock Monday and Tuesday, but it recovered some on Wednesday. The shares were up 2.6% to $1,096 in extended trading Wednesday, and they have risen more than 50% this year.