WARREN, Mich. - A few weeks since the Warren police commissioner put out a $3,000 reward for help in the case of a string of hate crimes that had plagued one family in early September, an arrest has finally been made.

Police Commissioner Bill Dwyer confirmed a 24-year-old man was taken into custody and had confessed to vandalizing property and threatening the family. Dwyer will be holding a news conference Wednesday afternoon to give more details. You can watch live in the video player below or by clicking here.

Eddie and Candace Hall, two Black residents from Warren had their home shot at on three separate occasions, had a brick thrown through their window, and had obscenities scribbled on their truck on Sept. 7, 9, and 10.

A 24-year-old man from Warren has been arrested in connection to a string of hate crimes that hit a neighborhood in August and early September. A couple who supports the Black Lives Matter movement was targeted. The Warren police commissioner said the man has confessed to the crime.

The couple believes the attacks were racially charged due to their's being the only home in the neighborhood displaying Black Lives Matter signs.

"For somebody to take the time to do all this - it doesn't make any sense," Eddie said in September.

After news reports of the vandalism and shootings were circulated, the couple came under fire again a day later. Police later released surveillance footage of a man stalking around the side of the Hall's home.

Shortly after that, a reward for the suspect's arrest was announced. Even so, the couple feared staying in the same home and had been sleeping in hotels.

"This is the place where we are supposed to feel really safe is in our home," Candace said. "And we haven't had that opportunity. It has been taken from us." 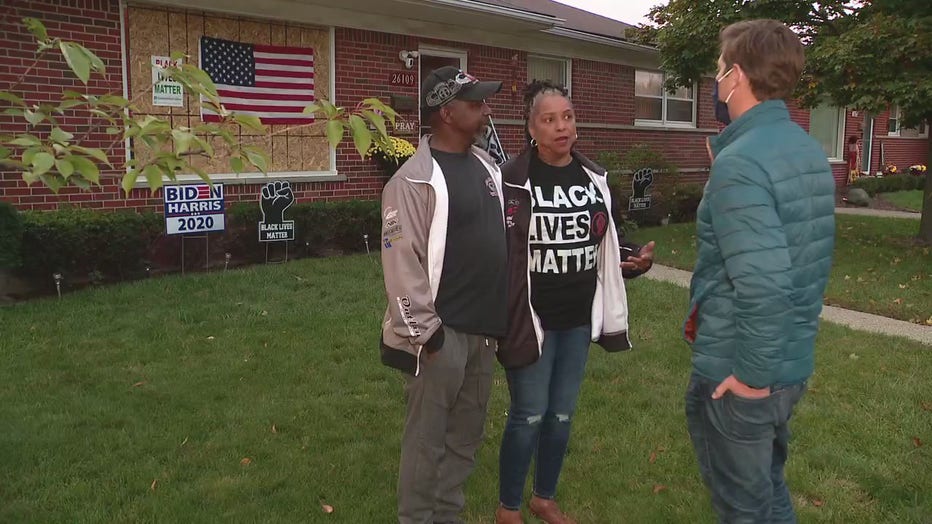 Eddie and Candace Hall, a couple from Warren who had their residence vandalized and shot at in September.

Then on Tuesday, reports surfaced that the suspect had arrested - much to the joy of Eddie, who was watching TV at the time.

"I sit down to watch the news like I always do and I see our house and it says arrest," Eddie Hall said. "I said, 'Baby they made an arrest!'"

Dwyer plans on holding a press conference at 1:30 p.m. to provide further updates.