On Thursday, the son of Michigan's famed football coach Bo Schembechler and two other players will all detail the knowledge that the coach had and what he said when they reported it to him.

He was among those abused by sports doctor Robert Anderson when he was only 10 years old. On Thursday, he plans to detail the abuse, that he told his adopted dad about the abuse, and his father's response. FOX 2 will stream the press conference on Facebook and on our website.

The details about the alleged abuse of hundreds of athletes at the University of Michigan represent the newest scandal to hit college athletics and one of the biggest in terms of its magnitude of victims. A 240-page report released by private investigators found the school did not do enough to protect its students.

It also noted that Bo was aware of the abuse and failed to report it.

Three of the people that reported that abuse to him plan to present evidence of Anderson's alleged crimes. They include his son, and two former players that directly told their coach. They include: Daniel Kwiatkowski, a former offensive tackle and Gilvanni Johnson, a former wide receiver - both who played under the famed Wolverine football coach and both were assaulted by Anderson.

Kwiatkowski was sexually assaulted by Anderson during his first football physical in 1977, according to a release. "After the next football practice following the physical, Dan confronted Bo and told him what Anderson did. Bo's advice to Dan was to tell him to 'toughen up' and ignore the abuse. Dan was violated at the next two yearly physicals after this."

Johnson also told Bo he was assaulted by Anderson after his first physical in 1982, however, nothing came of it.. Johnson was sexually assaulted 15-20 more times by Anderson.

They will also speak alongside Matt during a press conference at 1 p.m. Thursday.

While Bo may be gone, he left a reputation that's revered in Wolverine lore and represents a black mark on the figure's career at the school, if true.

Two men from Metro Detroit were arrested and charged after allegedly pointing airstoft-style guns with green lasers at people as they drove around Eastpointe. The two suspects, along with a third person were eventually found in a black 2008 Audi that had rolled over after striking several other vehicles.

Tejuan Myron Jones of Westland and Dequan Marquese Gadson of Detroit now face multiple charges after police said they traveled around town "were brandishing a high-powered AR-15 style Airsoft gun with a green laser and possibly another weapon." 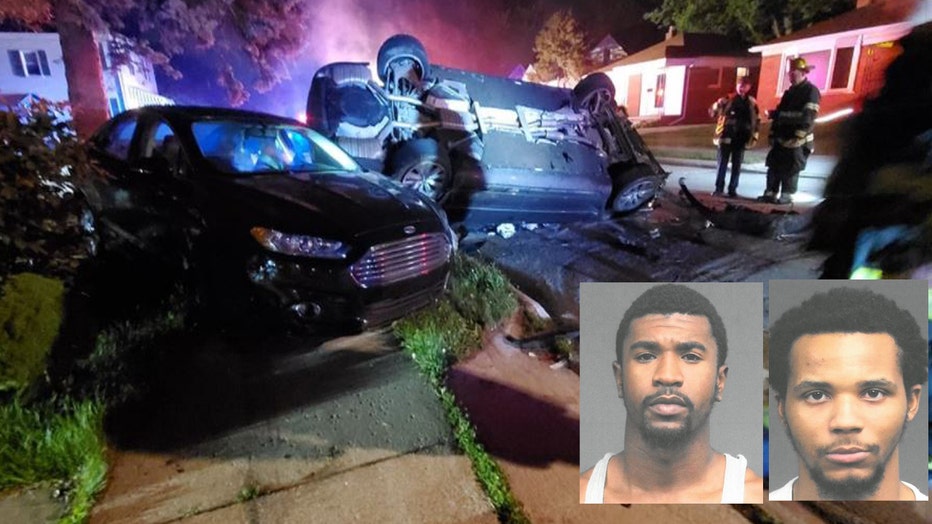 At one point, witnesses sitting on their porch saw a slow-moving vehicle on their street and realized there were lasers pointed at them. The witnesses then heard shots coming from the car and one claimed that he had been hit in the leg. However, there was no visible injury.

After fleeing, police eventually observed the suspects again. In response, more lasers were shown at police before the car was slammed in reverse and struck several parked cars before rolling their own vehicle over. Jones has been charged with five counts and given a $25,000 bond, no 10 percent, while Gadson has two counts and a $15,000 bond no 10 percent.

Did you see the Ring of Fire?

The year's first eclipse kicked off in partial totality this morning when the moon covered part of the rising sun Thursday morning. This specific eclipse was dubbed the "Ring of Fire" due to the bright red ring that will illuminate around the moon at peak time. This light is the outer rim of the sun that gives the eclipse its name.

Michigan probably wasn't as lucky as other more northern and eastern sections of the country were. But we did get some kind of eclipse. Take a look: 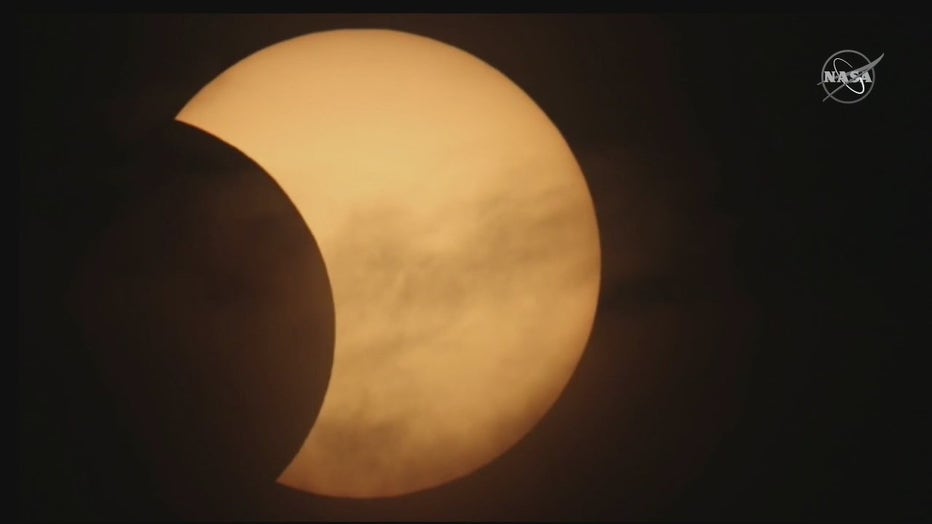 In Detroit and surrounding areas, a Partial Solar Eclipse occurred at 5:55 a.m. Thursday and ended at 6:37 a.m. Timeanddate.com put Detroit's peak eclipse time at 5:58 a.m., with visibility close to the horizon.

As a point of advice that bears worth repeating - don't ever look directly at the sun or the sun's eclipse. Both can permanently damage your eyes.

Many mistakes at Detroit's Gethsemane cemetery

A class-action lawsuit is filled with disturbing allegations citing years of mismanagement at Gethsemane cemetery on Gratiot near conner on Detroit's east side. The city owns the cemetery but uses a contractor to run it.

One of the defendants listed in the suit is Silvia Thomas, who says she is confused by her status in the lawsuit. "That's what hurts me so bad, that I have nothing to do with the lawsuit."

Wednesday was another heart-breaking day for families at Gethesame Cemetery on Gratiot near Conner on Detroit's east side. Seven bodies were exhumed with one found to be a marker off.

Thomas, who ran the cemetery from May 2020 to May 2021, claims she did things by the book. Any accusations of mismanagement should stem from companies that ran the cemetery before her. At times, she found evidence of mismanagement herself when she discovered the wrong body in a grave. "So what I had to do was, I had to pray real hard and ask the Lord to give me some wisdom and knowledge how to tell the family what I could do for that."

She says she paid to have the body put into a crypt instead five times to rectify wrongs.

As it's been said in the previous months, it was said again Wednesday: Candice Miller won't run for governor. The Macomb County Public Works Director is a favorite among Republican hopefuls to take back the governor's mansion in Michigan.

But Miller doesn't want the job. And she doesn't want the Lt. Governor job either. That was an open spot for her on the Republican Party's 'dream ticket' with former Detroit Police Chief James Craig, who has hinted at ambitions of statewide politics.

Currently, Craig finds himself in the throes over whether to hire political consultant John Yob. His advisor, John Engler wants him to avoid Yob. But the party chair says he would be a good choice.

But even if Craig is the lead candidate, even if he hasn't announced, he may have competition for the nomination from Oakland County car dealership owner Kevin Rinke and multi-millionaire business owner Perry Johnson from Troy.

It appears the early-evening cool offs we've received from the rain have never materialized. And even worse, no rain is expected for at least two more days. Temperatures will hang out in the high 80s. For Thursday the high will be 87 degrees.

Nothing more than an isolated storm will develop this afternoon.

The TC Energy Corp. announced on Wednesday it terminated the Keystone XL Pipeline project, according to a company news release.

After consulting with the government of Alberta and in the wake of a comprehensive review of the project’s options following its initial suspension in January, TC Energy Corp. decided that terminating the entire project was the logical option, the company said.

The company has said it will work with "regulators, stakeholders and Indigenous groups to meet its environmental and regulatory commitments and ensure a safe termination of and exit from the Project."

"We value the strong relationships we’ve built through the development of this Project and the experience we’ve gained. We remain grateful to the many organizations that supported the Project and would have shared in its benefits, including our partners, the Government of Alberta and Natural Law Energy, our customers, pipeline building trade unions, local communities, Indigenous groups, elected officials, landowners, the Government of Canada, contractors and suppliers, industry associations and our employees," said TC Energy’s President and Chief Executive Officer François Poirier.