While Gov. Gretchen Whitmer won't be testifying in front of a judge, it is her case asking a court to rule on the legality of a 1931 abortion ban that criminalizes the practice without exception for rape or incest. A judge previously put a pause on an order allowing county prosecutors to enforce the ban.

WEDNESDAY NEWS HIT - A key hearing on the status of Michigan abortion laws is scheduled to take place Wednesday as a judge will hear testimony regarding the state's current 1931 abortion ban and the court order suspending its enforcement.

Gov. Gretchen Whitmer's chief medical executive will provide testimony in an Oakland County courthouse Wednesday afternoon after an appeals court ruled she doesn't need to testify in the case.

A judge placed a temporary restraining order on county prosecutors enforcing the state's current abortion ban, which includes no exceptions for rape or incest. The injunction was put in place the same day a court of appeals overruled a judge's opinion that suspended the 1931 ban.

The legal back-and-forth over the 90-year-old law has been going on since early 2022 when the U.S. Supreme Court announced it would be hearing a case challenging the legality of Roe V. Wade, which granted federal protections to abortion.

After a draft memo of the court's 6-3 ruling overturning the case leaked to the public, both Whitmer and Planned Parenthood filed related cases - the governor asking the state Supreme Court to weigh in on the constitutionality of the practice and the latter in a court of claims.

Judge Elizabeth Gleicher ruled first prior to the official Supreme Court's release, putting in place a suspension of the abortion ban if Roe V. Wade were to be overturned. She ruled that way after determining that Planned Parenthood had a high chance of winning its case.

The Republican-led legislature filed lawsuits seeking to overturn the injunction. One attorney challenging abortion legality in Michigan David Kallman, who originally sought testimony from the governor in Wednesday's hearing, had also asked the Michigan Court of Appeals to overrule Gleicher.

In a rapid-fire series of legal rulings, the appeals court overturned the case on Aug. 1., which authorized county prosecutors to enforce the ban. But after an emergency filing by Whitmer, an Oakland County judge upheld the temporary injunction.

Oakland County Judge Jacob Cunningham agreed after lawyers for Whitmer argued that extinguishing his Monday order would cause chaos around the state. The order was meant to hold until Aug. 17, when another hearing is scheduled.

The hearing is scheduled for 2 p.m.

An Indiana man who targeted members of Michigan's LGBTQ+ community before pleading guilty to second-degree murder earlier this year is scheduled to be sentenced Wednesday.  Diabolique Paris Johnson, 35 of Indianapolis, will appear before a judge after he entered a guilty plea of 25 to 45 years in prison in the murder of a 39-year-old man almost two years ago.

His plea included confessing to a felony firearm charge of two years, which he will service consecutively with his guilty plea. In a separate case involving armed robbery, Johnson plead guilty to 15 to 30 years in prison, which will run concurrent to the murder sentencing. 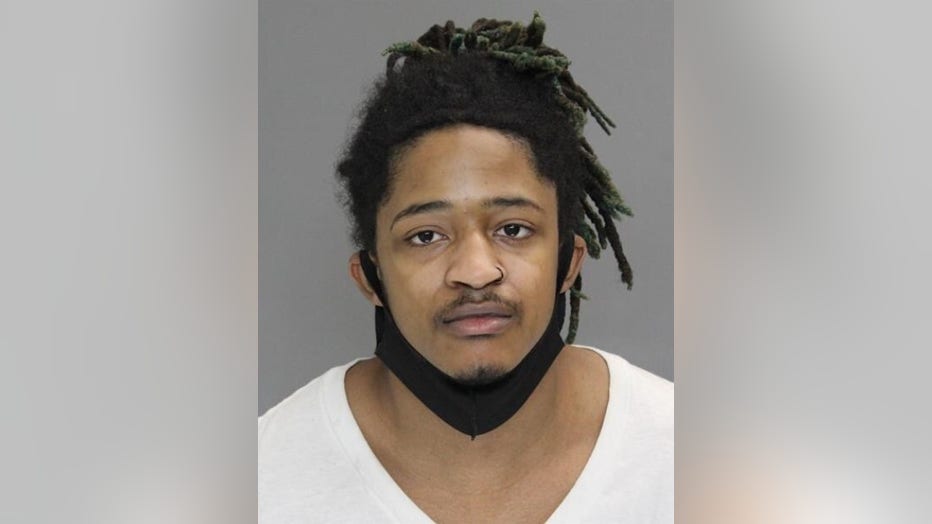 Johnson was first charged after the Fair Michigan Justice Project partnered with the Wayne County Prosecutor's Office in 2020 to investigate serious crimes against lesbians, gays, bisexuals, and transgender people.

An alleged armed robbery in September 2020 happened after Johnson met up with a 26-year-old man in a Dearborn hotel. He was charged prior to being taken into custody. Authorities say Johnson murdered a 39-year-old man four days after the robbery. Both cases involved Johnson using dating apps used by the LGBTQ community.

Just days after a 22-year-old woman was murdered, Detroit police found themselves at the same intersection where her body was found investigating another shooting. Two men were struck by gunfire after someone inside a GMC SUV opened fire.

Both men are in their early 20s with one in critical condition and the other in serious condition. It's the latest round of violence to hit Stahelin and Vassar - an occurrence that's become all too often for the residents of the neighborhood.

"They definitely need to do something because it’s getting crazy," Anitrus Simmons said. "It’s getting crazy." Police had taped off the intersection, which included a memorial to Zambrecia Works, known for helping people overcome addiction and getting out of the streets.

Investigators had originally said Zambrecia who dreamed of becoming a doctor and was a breakout star in the City’s "Grow Detroit’s Young Talent Program" was beaten to death. A bat was found on the car along with her body but the bat turned out to be hers.

Read more about what the family had to say here.

Detroit native and WWII vet's remains to be interred at Arlington

The remains of a Detroit native who served and was killed in World War II will be interred at Arlington  National Cemetery on Aug. 31.Graveside services for U.S. Army Air Forces Staff Sgt. Adolph "Leonard" Olenik will be performed by Everly-Wheatley Funerals and Cremation, Alexandria, preceding the interment. announced The Defense POW/MIA Accounting Agency said in a release.

Olenik, who was 19 years old, was assigned to the 345th Bombardment Squadron (Heavy), 98th Bombardment Group (Heavy), 9th Air Force. He was serving as a gunner aboard a B-24 Liberator aircraft when it crashed Aug. 1, 1943, after being hit by enemy anti-aircraft fire during Operation Tidal Wave, the largest bombing mission against the oil fields and refineries at Ploiesti, north of Bucharest, Romania.

Following the war, his remains were not identified. Remains that could not be identified were buried as Unknowns in the Hero Section of the Civilian and Military Cemetery of Bolovan, Ploiesti, Prahova, Romania.

The American Graves Registration Command eventually disinterred all American remains from the Bolovan Cemetery for identification, however, more than 80 could not be identified and were subsequently permanently interred at Ardennes American Cemetery and Henri-Chapelle American Cemetery, both in Belgium.

Read about the identification process here.

Public schools in Detroit report chronic absenteeism is not new for the district, but the pandemic made things worse. Prior to the pandemic, the Detroit Public Schools Community District reduced that figure to 54 percent but last year that percentage climbed to 79 percent.  A study by Wayne State University found similar results showing the rise in truancy.

Activists and religious leaders worried what the absenence from school could mean for students. "The best way to keep people out of crime on the back end is to get them educated on the front end.I think that is something we should resonate with," said Steve Bland, senior pastor, Liberty Temple Baptist Church.

The superintendent says the rise in kids being absent is mainly due to stringent quarantine health rules for unvaxed kids who may have to sometimes miss up to two weeks of school. January’s surge and a longer school year didn’t help either.

"This year school year there is no close contacting for COVID and we are completing the school year earlier on June 9th, 2023," he said in a statement.

It's going to be a good weather day Wednesday with temperatures expected to hover in the low 80s with very little humidity making things uncomfortable. That won't be the case come the weekend as rain is expected to be a bigger factor on Saturday and Sunday - something to keep in mind as travelers head to Woodward for the annual Dream Cruise.

Another chance for some showers/storms today

Isolated rain possible, then drier to end the work week

For the second year in a row, Arizona and Nevada will face cuts in the amount of water they can draw from the Colorado River as the West endures an extreme drought, federal officials announced on Aug. 16.

The cuts planned for next year will force states to make critical decisions about where to reduce consumption and whether to prioritize growing cities or agricultural areas.

The cuts will also place state officials under renewed pressure to plan for a hotter, drier future and a growing population. Mexico will also face cuts.

"We are taking steps to protect the 40 million people who depend on the Colorado River for their lives and livelihoods," said Camille Touton, commissioner of the Bureau of Reclamation.