Auto show will focus on Detroit

The Detroit Auto Show returns in 2022 with a strong focus on electric vehicles, innovation, and the city of Detroit.

DETROIT (FOX 2) - The 2022 Detroit Auto Show will take over Downtown in a way we've never seen before with rides, drives, details, and even a dinosaur off-road vehicle encounter.

It's been three years since the last Detroit Auto Show - and a lot has changed in that time. It was set to be the final auto show in the winter in Detroit - and it was - but it would also prove to be an extremely long pause for the North American International Auto Show.

The 2020 auto show was supposed to happen in the summer at the TCF Center and in Downtown Detroit. But the pandemic led to the TCF Center (now Huntington Place) becoming an emergency hospital. In fact, the auto show was never officially held inside TCF Center - the facility was still called Cobo Center until December 2019. In 2021, COVID-19 cases were climbing, forcing another cancelation of the auto show. That brings us to September 2022.

Prepare for an entirely different Detroit Auto Show. This year, the first time since 2019 that there will be an auto show, will be one like you've never seen before.

The Auto Show is back and it's going to be bigger than you've ever seen it. Say goodbye to the snow boots and heavy winter coats and hello to comfortable shoes and maybe a jacket.

This year, the auto show will still have exhibits at Huntington Place and Hart Plaza plus more festivities at Spirit Plaza, and Campus Martius. 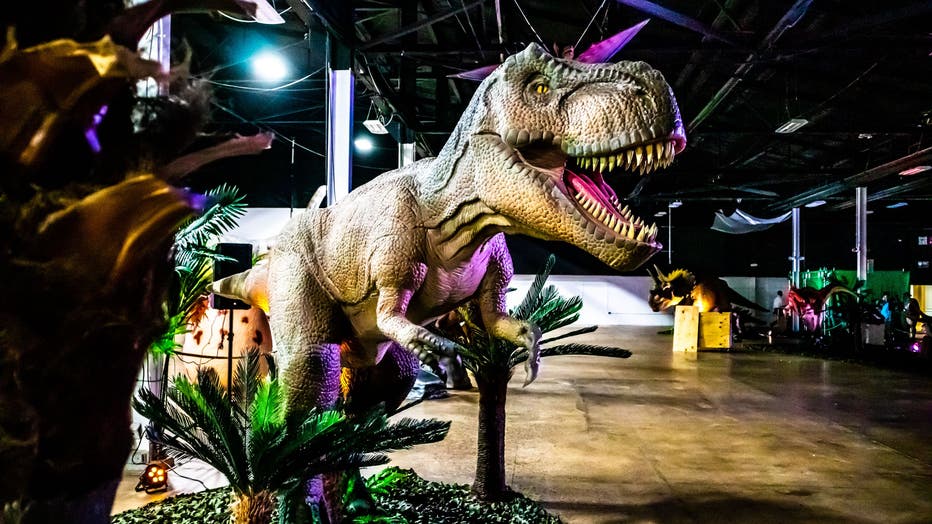 This is where most of the action and fun will happen. From exhibits to dinosaurs - this has it all.

A ticket to the auto show take you ‘back in time’ with the Dinosaur and Off-Road Vehicle Encounter.

While you're there, check out the Flintmobile. This is the car used in the 1994 feature film "The Flintstones and will be on display in the center.

There will be more experiences downtown too including Camp Jeep and Bronco Mountain where you can experience the F-150 Lightning and Ram Truck rides too. Then you can head outside and take a Volkswagen or Chevrolet for a ride-and-drive on a portion of the 2023 Chevrolet Grand Prix track.

We know you're not bored yet but if you're looking for something bigger and louder - you need to head outdoors. Specifically, Hart Plaza where you'll find Bigfoot #20, the world's first battery-powered monster truck. The original Bigfoot from the 1980s will be there too.

Here, you can meet the drivers, collect autographs, and experience the monster trucks. 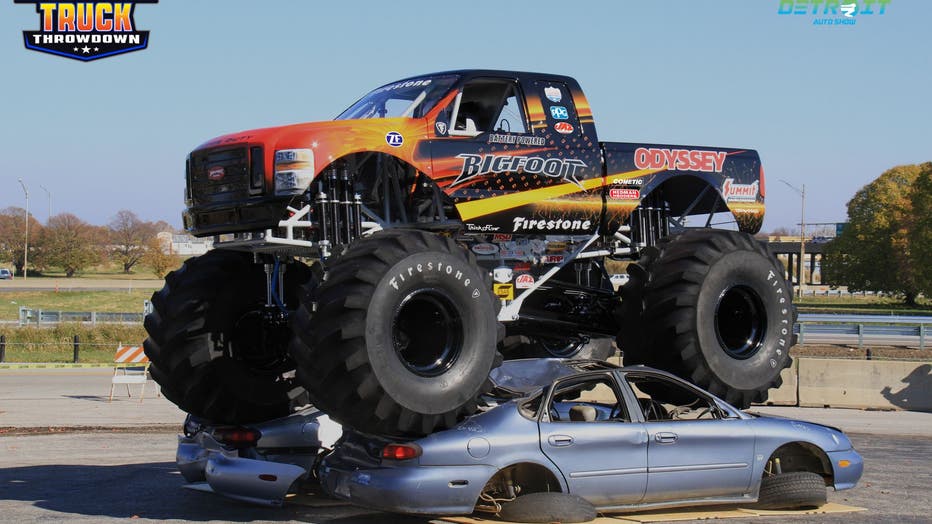 You should also check out the World's Largest Rubber Duck. Literally - you can't miss it. It's 61 feet high, and weighs more than 30,000 pounds.

Why a duck? It's a Jeep Thing.

There's also a theater-style arcade on wheels for ticketed visitors 6 years and older. Round One Gaming Lab was founded by Detroiters and has hundreds of games, two 50-inch screens, and so much more.

And if you're outside the first two days of the show, keep an eye up in the air for the Air Mobility Experience. The auto show says this will bring science fiction to reality in the skies:

"From electric vertical take-off and landing aircraft to amphibious sport planes to hoverboards and jet suits, show visitors will get a taste of the future, today," the auto show said in a press release.

How do get tickets to the Detroit Auto Show?

There are three ticket categories to be aware of for prospective Detroit Auto Show visitors when the big event coming up.