This summer has been a challenging one for the Great Lakes Water Authority but improvements are planned.

DETROIT (FOX 2) - To say this summer has been rainy is putting it lightly. It's like saying that water, itself, is wet. This summer has had round after round of severe weather and the Great Lakes Water Authority, the entity responsible for making sure rainwater stays out of your basement and out of the roadway, says major changes are needed.

Investigations are still underway in Detroit at the GLWA pumping stations where they were unable to keep up with the amount of water pouring into the city. Interim CEO Suzanne Coffey has a stark warning for homeowners who lost so much this summer: it's not over.

"Be prepared. If you've been experiencing it multiple times this summer you know what those risks are," she said."If you have valuables in your basement you want to bring those upstairs."

Coffey replaced Sue McCormick, who retired amid the backlash after storms this summer. She walked FOX 2's Amy Lange and other members of the media through the Freud and Connors Creek pump stations, which are massive complex operations capable of pumping 2.2 billion gallons of water with eight pumps.

But those pumps have been blamed for so much flooding on the east side. At the Freud station, GLWA says the pumps were working, even though only three of the eight pumps were operational during June 25.

COO Navid Mehram said the outage wasn't due to a failure with the pumps but with the utility that powers them: DTE. He said that generators aren't enough and they're working with DTE to get more power fed into the facilities.

"No pumps failed. The transformers...experienced an outage on the utility side," Mehram said. "To power both stations and meet the demand of both stations is similar to powering about a third of Grand Rapids. We have to work with our utility suppliers to make sure that we have reliable utility power."

While they upgrade DTE connections, GLWA is also upgrading its own infrastructure too.

"Our design target is 1.7 inches of rain in one hour," Coffey said.

That's been the standard for years. But it was nowhere near enough for the amount of rain that fell on June 25 when 6 1/2 inches fell in about three hours.

Coffey says they already knew they needed to rebuild Connors Creek and will be doing a large rehabilitation project at Freud.

"We have more than $420 million of investment slated for the east side wastewater collection system," Coffey said.

That will take time and, until then, the weather events will still happen. So Coffey stands by her warning.

"I would love to be able to stand here and tell you 'there's no risk (and) we can mitigate our risk.' We cannot. We cannot. This is a climate change situation. This is something we're going to work to mitigate risk but we can't mitigate all risk," Coffey said. 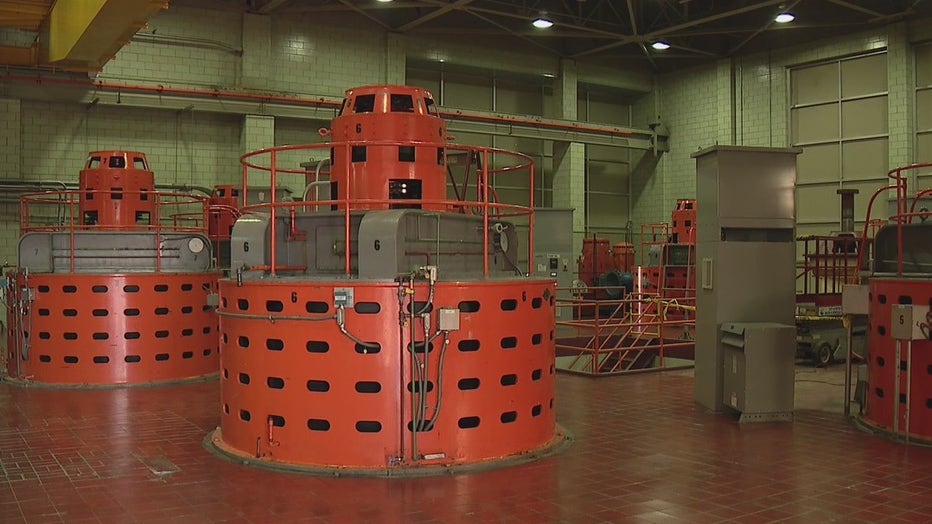