A man who hit and killed a road worker in Macomb County last year was sentenced to three years probation Friday. He will serve seven months of that in jail.

MACOMB COUNTY, Mich. (FOX 2) - A man who hit and killed a road worker on I-94 in Macomb County was sentenced Friday to several months in jail and probation.

Martin Dwayne Smith, of Harper Woods, hit 26-year-old Zach Morisette while he was patching potholes near 9 Mile Road on Sept. 21, 2020. Smith fled the scene but turned himself in to St. Clair Shores police several days later. He told police he didn't know he had hit someone.

Smith will spend seven months in the Macomb County Jail then will be on probation for three years. During his probation, he must do 100 hours of community service.

He took a plea deal. Under the sentencing guidelines, he could have been sentenced from 0-11 months in jail. 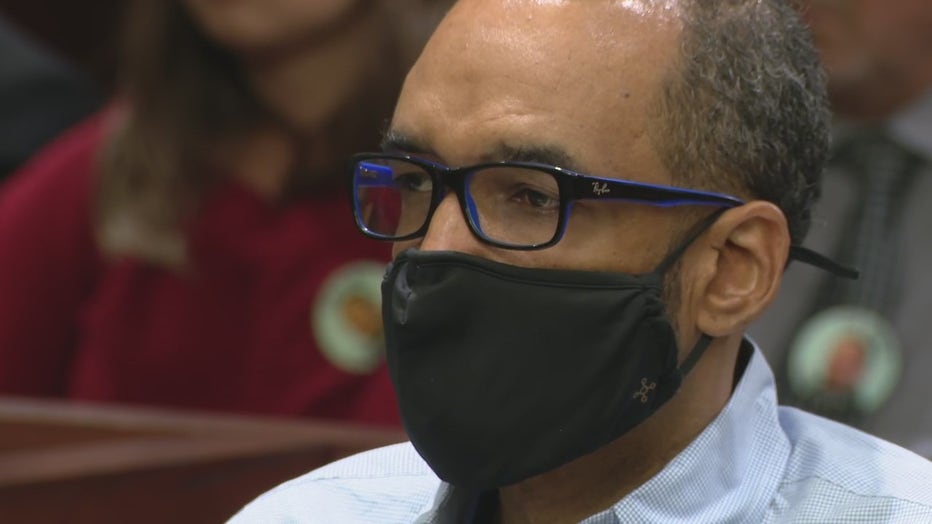 "We don't think the guidelines are proper or reasonable at this point. It's unreasonable to sentence someone 0-11 months who took someone's life," he said.

Morisette's family protested the potential low sentence on the anniversary of his death.

"He could walk 0-11 months," said his brother, Rodney Morisette. "They have these signs that say if you injure or kill a road worker, it's 15 years. Well, where did that happen for my brother?"

They hoped that a judge would at least give him the maximum sentence of 11 months.

"The judge has to come up and give him the maximum he can give him," said Dawn Morisette, Zach's mother.

Last September Zack Morisette was patching potholes on I-94 in St. Clair Shores when Martin Smith allegedly hit him, then left the scene. He claimed later that he didn’t realize he hit someone - and turned himself in three days after it happened.

Morisette's family was also in court to plead for a tough punishment before Smith was sentenced.

"Zach's body was so badly damaged that he had to wear a hat to cover the damage to his head. They had to reconstruct his arm and chest with plastic for the funeral, but he didn’t know he hit somebody, right?" Dawn Morisette said while reading an impact statement.

Smith apologized to the family before he was sentenced.

Before announcing the sentence, Judge Richard Caretti said the court needs to be fair when sentencing.

"We would be dishonoring this boy's memory if we didn't fulfill our duties to be fair," he said.

Caretti later said that Smith is a caring man with a family.

"The fact he got into an accident doesn't change that," he said.

Caretti also said the justice system isn't meant to be used to seek revenge. After the sentencing, Rodney Morisette said that the family didn't want revenge – they wanted justice.

"The justice system failed us," he said.

A man will be on probation for three years for hitting and killing a road worker on I-94 in Macomb County last year. Seven months of that time will be spent in jail.