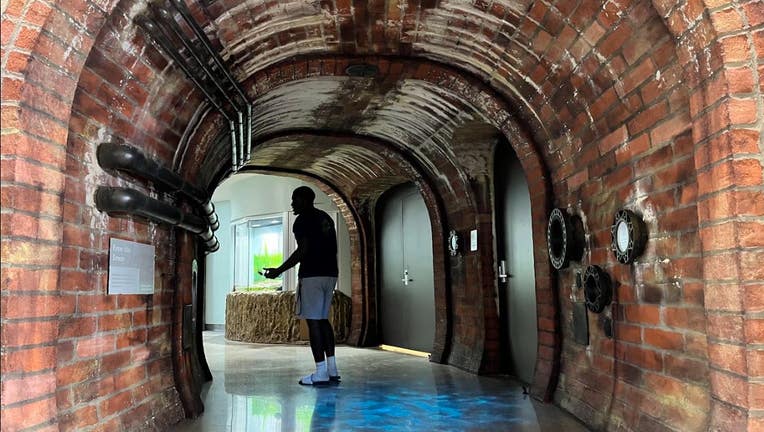 The nature center has been closed for improvements since March 2020 at the onset of the pandemic. Since then, it's undergone "transformative renovations" that the public will get to see for the first time Wednesday.

"We are so proud of this new facility, and after more than two years of being closed, we are ready to show everyone what we have been working on," said Amy Greene, nature centers director. "We have so many new and exciting features for guests to explore."

The center is run by the Detroit Zoological Society. Greene said the DZS "completely reimagined" what the new building could look like with an eye at showing people how animals interact with the world that people have built. 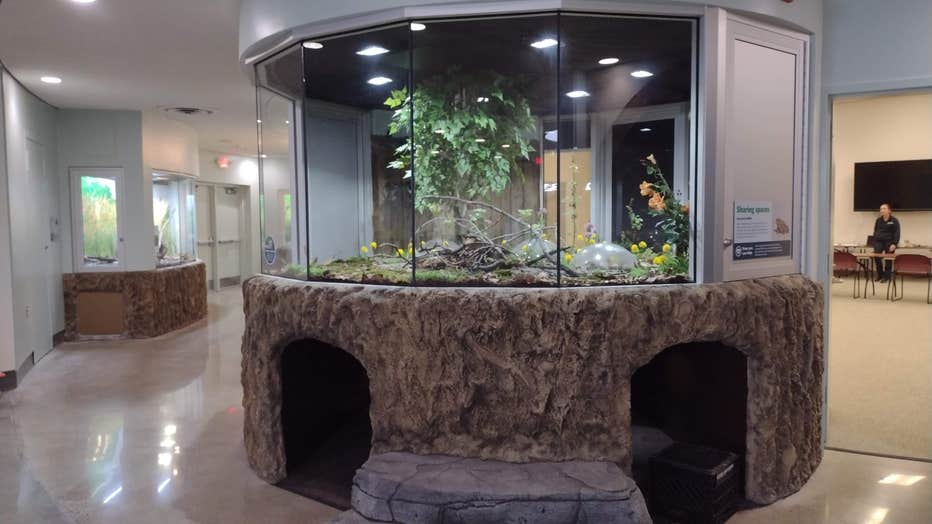 The sewer tunnel walk-through is a replica of a Detroit sewer. It shows how animals have adapted to their urban environments.

"Our intention is to reinforce the connections people have and the spaces they share with the nature that surrounds us," Greene said. "We want people to feel that nature is where we already are — we just have to notice and appreciate it."

A complete list of available events can be found here.

Suspects steal trailer with loader, flee police on I-75

A suspect is at large after multiple high speed chases on I-75 Tuesday through Monroe County. The Sheriff said deputies managed to make one arrest after puncturing the tires of a fleeing pickup truck with a stolen trailer that was carrying a construction loader.

But a second suspect that fled the crash avoided apprehension before stealing a second vehicle and escaping another pursuit after entering Detroit city limits. The wild scene happened around 8:30 p.m. after sheriff deputies received a 911 dispatch call from a witness that said a white Ford pickup truck had stolen a skid steer and trailer. The witness was also following the suspects.

Police located the vehicle as it was traveling on Carleton Rockwood Road and attempted a traffic stop, which was ignored. Instead, the suspect fled at a high speed before losing control when police blew their tires. One man was arrested and a second suspect fled.

They eventually stole a second vehicle before losing police in Detroit.

Go here for more details on the wild chase.

The Biden Administration invited Dujuan Kennedy and others from FORCE Detroit to its Community Violence Intervention Summit – celebrating the passage of the Safer Communities Act. But it didn't go quite as planned.

"We’re not going to be the type of people that you sit up and take pictures with and you say you’re doing this and that," he said. "And we sit back like we’re something shameful that you sneak in through the back door, or the side door."

When they arrived, Kennedy said them and a few other non-profits were turned away at a security checkpoint. He says it's because of his background as a convicted felon. But Kennedy has spent the last three years working to turn his life around.

The decision to not let Kennedy in was made by the US Secret Service, a spokesperson said - not the White House staff.

Vigil held for 19-year-old gunned down inside car

The family of a 19-year-old woman killed by gun violence came together in Highland Park to honor their loved one, and ask for anyone with information on the killer - to come forward. It has been one week since Nataja Boleware was shot and killed. Balloons, music and hugs say what words cannot, if you ask her mother Earlene.

Sources say Nataja was in a car with a girlfriend of hers, when a Chrysler 300 with tinted windows pulled up and fired several shots at Lodewyck near East Warren. The women tried driving away but crashed. Nataja died. Her friend got hurt.

Grieving family members have been virtually speechless, since. The family posted a GoFundMe page to raise money for a reward for information that brings her killer to justice.

"My niece did not deserve this, at all," said Fanisha Boleware, Nataja's aunt. "Period." If you have any information on Boleware's murder contact Detroit police at 313-267-4600 or Crime Stoppers at 1-800-SPEAK-UP, where you never have to leave your name.

Read more about what family had to say here.

A building next to God’s House of Prayer Baptist Church in Highland Park caught fire months ago. Now, the dilapidated structure is partially collapsed, making for both an eyesore and a safety concern.

"I’m just praying that nobody gets injured, or the wind doesn’t blow," Pastor Michael Townsell said. "We feel like it’s threatening to our emergency exit. We really only have those two exits."

Townsell said debris from that June fire fell into his parking lot. He has reached out to several elected leaders about the building. "What I’m hearing is this is a funding issue. What I’ve heard is them saying it’s an emergency, then, there’s a landlord issue with the owner of the property," he said. "The city told us they could do something after 90 days. We’re past that deadline."

When FOX 2 reached out to the city, we were directed to a person listed as the property owner. She said she isn't the owner and was listed in error. As she tries to get that fixed, she gave a number she said is the person who owns the building. No one picked up when we called.

Wednesday will feel about the same temperature as Tuesday with a high of 57. The sun should begin to peek out today and continue shining for the rest of the week before a warmer weekend returns.

Loneliness and unhappiness can age us faster than smoking: New study

Being lonely and feeling unhappy can accelerate the aging process more than smoking, according to a recent article published in Aging-US.

"We demonstrate [that] psychological factors, such as feeling unhappy or being lonely, add up to one year and eight months to one’s biological age," said lead author Dr. Fedor Galkin, director of scientific business development at Deep Longevity in Hong Kong, according to a statement.

"The aggregate effect exceeds the effects of biological sex, living area and marital and smoking status," he said. "We conclude the psychological component should not be ignored in aging studies due to its significant impact on biological age."

Everyone has a chronological age that is determined by their birthdates, according to the paper.