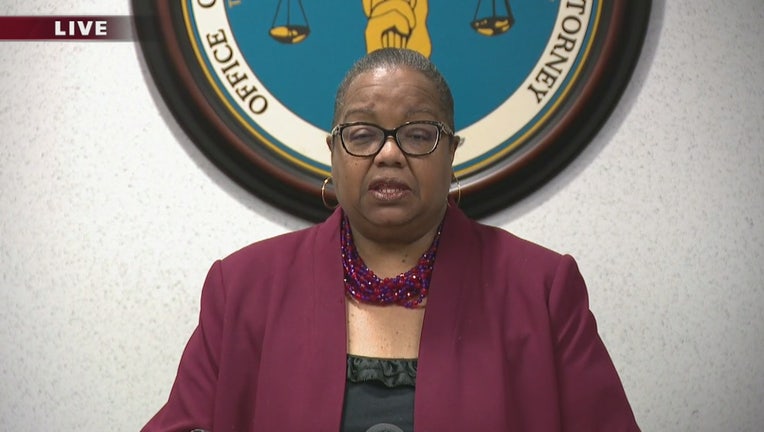 DETROIT (FOX 2) - The Wayne County Prosecutor's Office announced on Monday that it would be dismissing all charges against people charged with violating Governor Gretchen Whitmer's executive orders related to the COVID-19 pandemic in 2020.

Prosecutor Kym Worthy released a statement on Monday, saying that, in accordance with the ruling by the state Supreme Court in August, all charges filed against people for violating the orders were dismissed.

The Michigan Supreme Court ruled that the governor drew authority from a 1945 law that doesn't apply. The court said the law was an "unlawful delegation of legislative power to the executive branch in violation of the Michigan Constitution."

There were almost 1,700 cases filed in Wayne County, most of them in Detroit. The charges were for people who had violated any of the executive orders Whitmer had issued regarding gatherings, businesses allowed to open at the time, or for violating any of the orders issued by the governor's office.

Worthy applauded Whitmer's efforts to stop the spread of the virus but said the state's highest court has ruled the orders were not legal.

"Governor Whitmer’s leadership has prevented many of our citizens from contracting COVID-19," said Prosecutor Worthy. "However, considering the Supreme Court’s decision, WCPO will no longer use criminal prosecution to enforce the Governor’s Executive Order. It is my earnest hope that people will continue to wear face masks, social distance, quarantine when warranted."

Worthy said that the dismissal of charges was not a reflection of any law enforcement agency as they were following what was believed to be the applicable law at the time.