With Opening Day just a few weeks away, Republicans in the Detroit area met in front of Comerica Park to push for higher attendance allowed for the Tigers' opening day.

Gov. Gretchen Whitmer's office said Monday that the state health department has had talks with the team to allow more fans to attend games this season as COVID-19 cases in the state have plateaued and the vaccine has been more widely distributed.

"From the beginning of the pandemic, our top priority has been the health and safety of Michiganders. In the lead-up to Opening Day, the Michigan Department of Health and Human Services has been in close discussion with the Tigers and the team at Comerica Park to find a safe path forward to expand capacity limits at the stadium. Given our success during the Pause to Save Lives and expansion of vaccine eligibility, we feel confident that our state is making tremendous strides to get back to normal as quickly as possible. There’s nothing more exciting than fans rooting for the Tigers at a home game, and we look forward to making that happen very soon," the governor's office said in a statement.

A state order says outdoor entertainment and recreational facilities can have no more than 1,000 customers gathered. Critics, including Republican lawmakers, said that is too low since Comerica Park holds more than 41,000.

The Pistons and Red Wings both reopened for fans shortly after Whitmer's office lifted the restrictions, which had been in place since March 2020.

Last year's Opening Day wasn't held until July 24 due to the pandemic and no fans were allowed to attend or tailgate - a tradition in Detroit and around Major League Baseball that was lost due to the spreading of the virus.

It's not known how many fans will be allowed in or what requirements will be in place but social distancing between groups, masks, and health surveys are all likely. 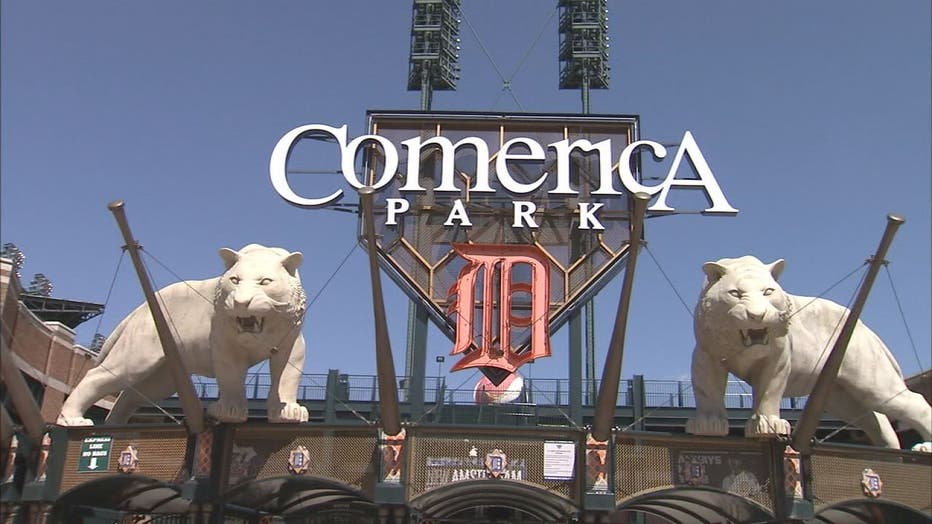