MONDAY NEWS HIT - Winter's icy grip on Michigan will continue this week with several more cold temperature days forecasted for the next few days. However, it's the snow accumulation that will be making most of the weather-related headlines.

Two snow systems strafing across the Midwest and southeast will hit Metro Detroit in succession today and tomorrow.

Some parts of Southeast Michigan could see close to 10 inches of precipitation, making for some tricky driving conditions and likely shoveling.

For most of Metro Detroit, part one of Michigan's two-part snowfall is already complete. Snow began falling early Monday morning after a Winter Weather Advisory went into effect around midnight. The National Weather Service says the advisory will be in effect until midday Tuesday.

Metro Detroit getting hit with its heaviest snowfall this year

Snowfall accumulations will be near 10 inches for some areas of Southeast Michigan for the first start of this week as two weather systems move across the Midwest.

The first snow was light and dry and will total one to three inches by noon today. If you're planning on shoveling your sidewalk and driveway, don't wait too long after then to start. That's because the second snowfall will be more severe, featuring heavier precipitation.

The second system is approaching from the south and will be carrying more moisture, which means more snowfall. For any following the news out of Texas and Oklahoma, much of what creamed the deep south is what's heading toward Michigan.

On its current track, the second snowfall will be after 6 p.m. and won't stop until noon Tuesday. Preliminary totals predict between 4-6 inches of snow.

The systems are still shifting and could become even more severe. In northern Ohio near Toledo and Cleveland, Winter Storm Warnings estimate a foot of snow will dump on the region. While Metro Detroit isn't under a threat like that yet, it could be depending on how things fall. 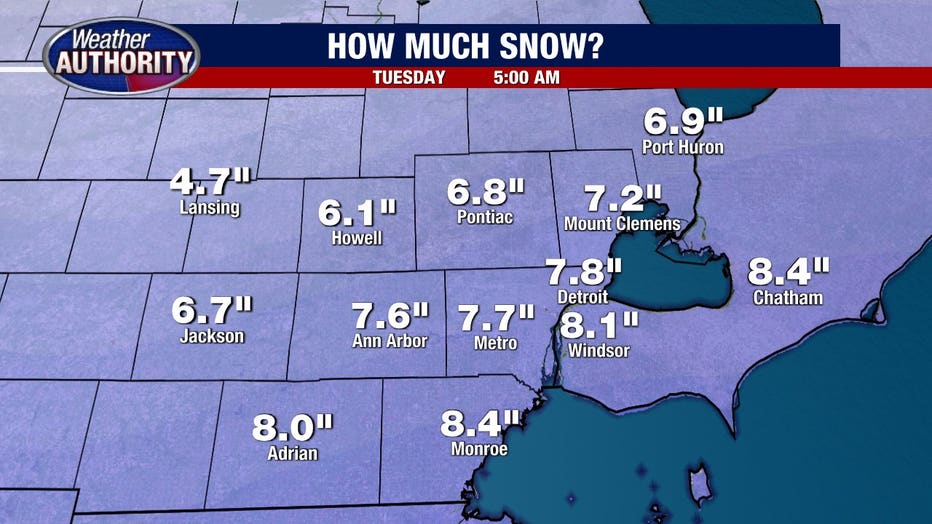 Up to 6 to 9 inches of snow is expected over the course of the next 36 hours as snowmakers push into southeast Michigan.

Snowfall totals will increase heading further south. Northern Oakland County could see around 6.5 inches while Detroit would see closer to 7.8 inches. To the west in Washtenaw County, about 7.6 inches is expected and in south in Monroe County, it's closer to 8.5 inches.

Temperatures won't go much higher than 17 degrees and with the threat of wind chill, that will feel colder than what actually is as well.

A Detroit man has been charged with mutilation of a dead body in connection with the discovery of a Livingston County woman, who had been missing since November.

Dowan Knighton, 47, was arrested shortly after Kayla Pierce's remains were discovered at a location in Detroit last week around 8 p.m.

Knighton was also charged with concealing the death of an individual and tampering with evidence and was arraigned on $50,000 bond.

Pierce was first reported missing by her mother on Nov. 24 when she was last seen at a gas station in Howell, near her home. Michigan State Police and the Livingston County Sheriff's office assisted the Detroit police with the investigation. 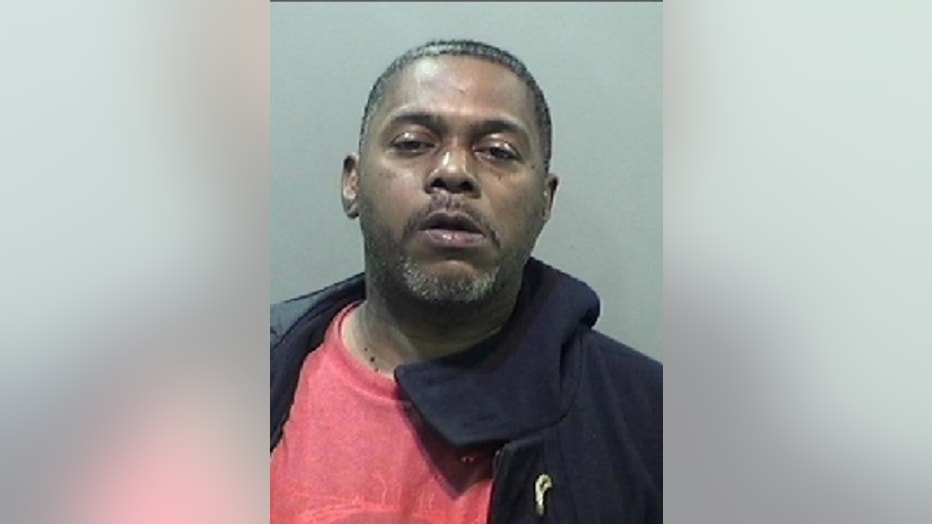 An inferno that tore through a Mount Clemens apartment has hospitalized several and left occupants without a place to stay during an extremely cold stretch of winter in Michigan.

Beginning around 11:30 p.m., the blaze would eventually destroy most possessions and cause non-life-threatening injuries to many who lived there. Firefighters say that residents were forced to jump from their balconies due to the heavy presence of smoke in the stairwells of the apartment.

The Red Cross has also established temporary housing for some 20 residents that did live at the apartment. Among the challenges that kept firefighters from getting the blaze under control sooner was a fire hydrant nearby that was frozen shut due to the cold weather.

Firefighters were back on the scene Sunday trying to put out any smoldering remains that had stayed warm enough through the night to reignite.

At least 8 people are hospitalized after a fire at the River North Village Apartments in Mount Clemens.

Beaumont Health says it is easing restrictions on visitation rules for patients that don't have COVID-19 starting Monday.

The only people allowed to visit patients with a pending or positive COVID-19 test includes those near end-of-life, women in labor, children under 21, and in other extreme conditions.

The hospital says the rule change is due to the decline in inpatient COVID-19 numbers.

It's going to be a wild week for winter weather with heavy snow accumulation Monday and Tuesday, more snowfall on Thursday, and temperatures ranging from the teens today, negatives tomorrow and 20s later this week.

The season’s biggest snow is on the way!

Light snow this morning will fade, then return this evening.

Average daily new coronavirus cases in the United States dipped below 100,000 in recent days for the first time in months, but experts cautioned Sunday that infections remain high and precautions to slow the pandemic must remain in place.

The seven-day rolling average of new infections was well above 200,000 for much of December and went to roughly 250,000 in January, according to data kept by Johns Hopkins University, as the pandemic came roaring back after it had been tamed in some places over the summer.

"We are still at about 100,000 cases a day. We are still at around 1,500 to 3,500 deaths per day. The cases are more than two-and-a-half-fold times what we saw over the summer," Dr. Rochelle Walensky, director of the Centers for Disease Control and Prevention, said on NBC’s "Meet the Press." "It’s encouraging to see these trends coming down, but they’re coming down from an extraordinarily high place."