It was a busy August primary election in Michigan Tuesday when Wayne County voted on mayors and ballot proposals, while write-in candidates in Pontiac and Taylor failed to make the cut for the general election.

DETROIT - For incumbents that were on the ballot - it was a good night to be running in the August primary on Tuesday. But for those that were write-in candidates, things were a bit tougher. Mayor Mike Duggan cruised to a first-place primary win in Detroit and will likely face off against Anthony Adams in November.

Janice Winfrey held a large lead over her opponents in the race to serve another term as Detroit's city clerk while Janee Ayers and Coleman A. Young II each carried a little more than 30% of the vote in the at-large bid for City Council.

For incumbents in Detroit's District races, it was a good day. James Tate scored a big first-place win in his District 1 race. Roy McCalister and Angela Calloway both advanced to the November general election in District 2. Scott Benson and Mary Sheffield in Districts 3 and 5 respectively ran unopposed. 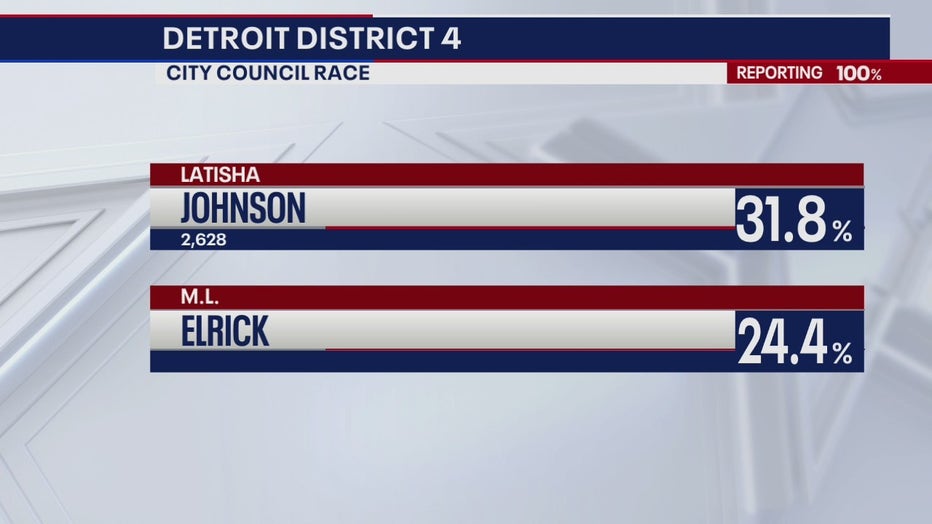 In District 4, Latisha Johnson came in first with 31% of the primary vote and M.L. Elrick came in second with 24% of the vote. Fred Durhal edged out Regina Ross 29.9% to 24.2% of the vote in the District 7 race. The District 6 race will be decided in November - its incumbent Councilwoman Raquel Castaneda-Lopez is not seeking another term.

With President Brenda Jones not seeking another term, a lot of spots are open on Detroit's City Council.

Detroit voters also soundly rejected Proposal P, by a 67.3% to 32.7% margin. Advocates for the charter revision said it would have helped cut down on poverty by reorganizing how water and broadband services are paid for. But opponents said it had the potential to bankrupt the city.

In both Pontiac and Taylor, incumbent mayors are using write-in campaigns. Taylor's Rick Sollars, who has been indicted, and Deidre Waterman, Pontiac's first female mayor failed to file campaign finance paperwork or pay fines in time.

Waterman appears to have lost to Tim Greimel with Alexandra Riley in second place to make the general election cut.

In Taylor, Sollars appears to be losing, but it may take up to 14 days to tabulate and have certified, the write-in votes. In the early going, Pastor and former Congressional candidate State Rep. Alex Garza had 35.46% of the vote and City Council Chair Tim Woolley 22.06%. In third place is Jeff Jones with 21.75% and Sollars, as a write-in, sits narrowly behind them as of now. 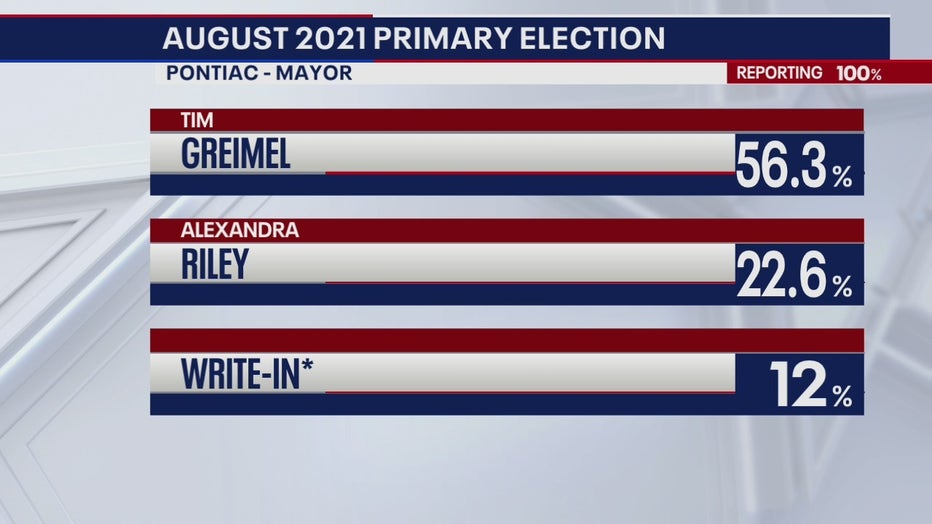 In Macomb County, Martin Genter and Douglas Wozniak scored nominations for the Democratic and Republican parties respectively in a State Senate race for the 8th District 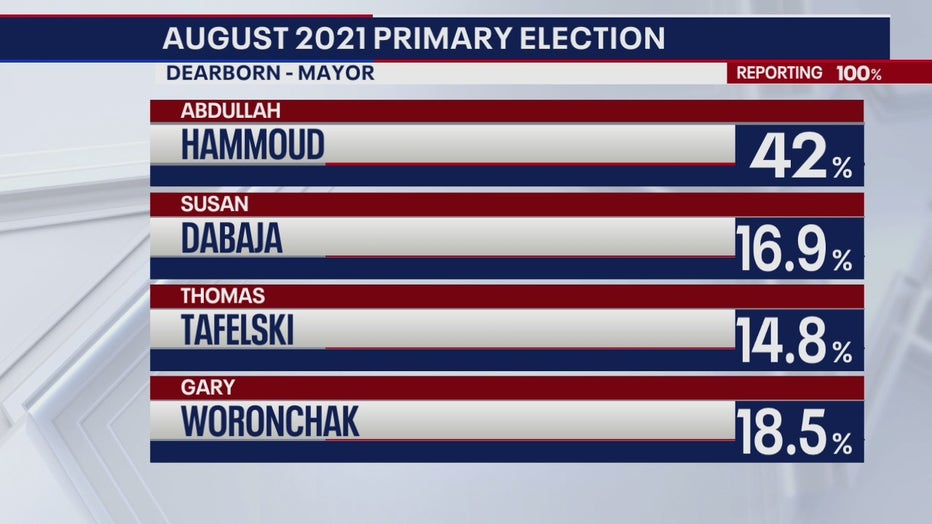 Sterling Heights sided with Michael Taylor to serve the next four years as mayor. He beat out Ken Nelson.