The initial charges filed against Michigan State Representative Jewell Jones include obstruction, weapons, and a traffic misdemeanor after his Tuesday arrest in Livingston County by Michigan State Police.

According to paperwork obtained by FOX 2's Jessica Dupnack, initial warrants sought against Jones include a felony (obstructing police) and two misdemeanor charges (weapons and traffic offense). The exact nature of what led to these three warrants was not included in the paperwork.

Jones (D) represents the 11th District which is all of Garden City and Inkster, and portions of Dearborn Heights, Livonia, and Westland.

Police confirmed to FOX 2 that Jones was arrested Tuesday after a crash on I-96 in Livingston County. While police would not confirm the events that led up to his arrest, a witness told FOX 2's Randy Wimbley that he watched a car driving erratically on the highway that day and recorded video of the driver.

That man, Steven Delahaye, said a black Chevy Tahoe was doing 50 or 55 on the highway in the right lane. 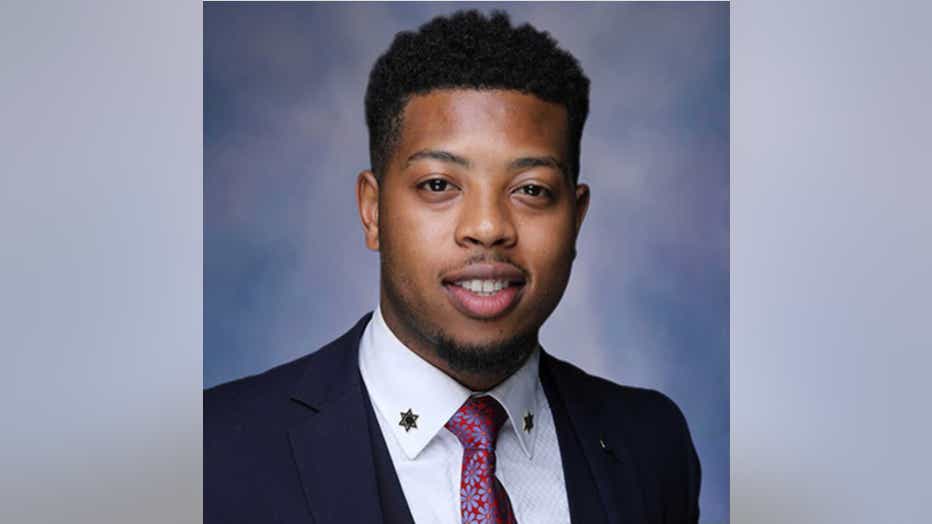 "We lost him for probably three to five miles, and then still on 96 west, we saw him on the right side again, going probably 50 to 55, and that’s when he went back over," said Delahaye said. "And I got the video and started recording him, he almost hit the bridge right before the Latson exit.

The vehicle's description and plate - with the vanity 'ELECTED' - match an SUV registered to Jones.

Steven Delahaye claims to have seen Inkster Democrat State Rep. Jewell Jones driving erratically on I-96 before he eventually got into an accident in Livingston County.

In response to his arrest, Republican Speaker of the House Jason Wentworth called his arrest disappointing.

"What I've heard so far is incredibly disappointing. Elected officials and community leaders have the people's trust and must be held to a higher standard," Wentworth said in a statement.

House Democratic Leader Donna Lasinski also issued a statement that they're waiting to comment on Jones' arrest until more information is available.

"We are currently gathering information and details regarding this incident. given this is an active investigation, we will not be offering further comment until we get additional facts," Lasinski said in a statement on Wednesday.

Jones is also an auxiliary officer, a volunteer position, in the Inkster Police Department and has been suspended pending the internal and the Michigan State Police investigations.

MSP says it will take a few weeks to get lab test results back.