Trump and former vice president Joe Biden were discussing COVID-19 and the recent spike in cases that so many states are seeing this month. Michigan is believed to be in its second wave.

President Trump takes jab at Whitmer during the debate

President Trump took a jab at Michigan Gov. Gretchen Whitmer during the final presidential debate Thursday in Nashville over the state's shutdown policies.

The "friend" he's referencing is, of course, Gov. Whitmer, who has been campaigning for Biden and was even rumored to be on his shortlist pick for the vice presidential running mate.

And the "husband" reference pointed to a controversy dating back to earlier this summer when Gov. Whitmer's husband reportedly invoked her name in attempts to get their boat in the water by Memorial Day weekend.

"It's been like a prison," Trump continued, referencing the shutdown policies. "Now it was just ruled unconstitutional."

Biden did not engage with Trump's remarks concerning Whitmer at the debate and they continued to spar over handling COVID-19. 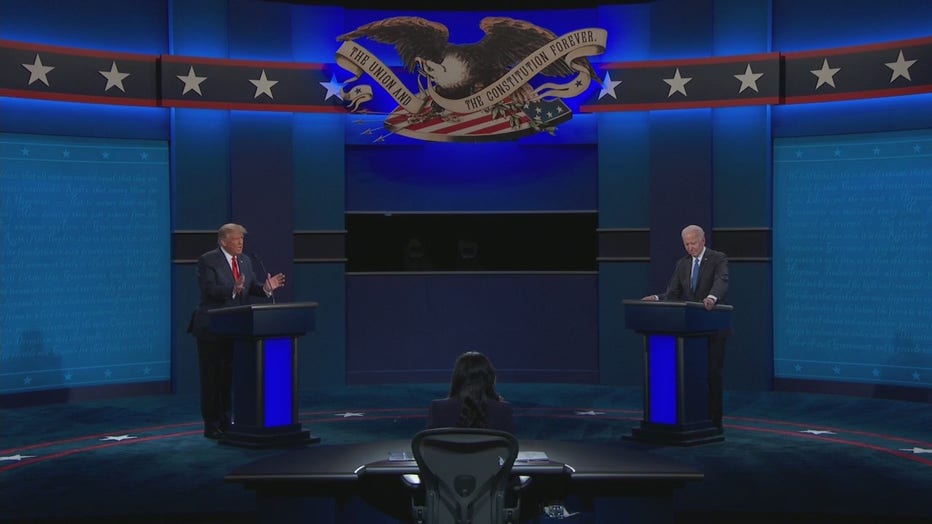 Earlier this month, the Michigan Supreme Court struck down months of COVID-19 executive orders from Gov. Whitmer - something Trump tweeted was a "BIG win" for the state and that Michiganders should "have fun!"

Gov. Whitmer and the president have been at odds all year over the best way to handle the virus. The jabs most infamously began back in March when President Trump called her "Gretchen "Half" Whitmer" and "the young, a woman governor ... from Michigan."

She responded on Twitter by saying, "Hi, my name is Gretchen Whitmer, and that governor is me. I've asked repeatedly and respectfully for help. We need it. No more political attacks, just PPEs, ventilators, N95 masks, test kits. You said you stand with Michigan - prove it."

Whitmer called on Trump to issue a federal mandate on face masks in July, which the president never did and he was rarely seen wearing one. In May, the president toured a Ford facility in Ypsilanti. Mich. that was making ventilators and was seen not wearing a mask. He said that he had one and wore it when the cameras were not on.

In September, Whitmer said the president is the 'biggest threat to the American people' for the way he has handled of COVID-19 after news broke of the Bob Woodward tapes.

Then earlier this month, a plot to kidnap Gov. Whitmer and try her for "treason" was thwarted by the FBI. Gov. Whitmer then criticized President Trump for 'stoking' distrust and allowing anger to grow.

Trump was live on FOX News later that night and told Sean Hannity that it was "his" US Justice Department and federal law enforcement that foiled the plot, yet took a shot at her for playing politics and blaming him for the extremists in her press conference, saying "She keeps up her little political act." The president went father with his criticism on Twitter saying that "instead of thanking me, she calls me a white supremacist" adding he does not tolerate any extreme violence.

And then most recently, Trump also took shots at Whitmer during a rally in Muskegon, Mich. Whitmer commented on the rally during an interview on NBC'S Meet the Press Sunday morning and said Trump promoted a high level of terrorism through his "lock her up chants" during the rally.

"Governor Whitmer's rampant hypocrisy would be laughable if it were not so dangerous. Her constant partisan rhetoric on cable news drives violence towards President Trump and the First Family. It must stop."