DETROIT - Police were still assessing the damage from a Monday night freeway shooting when three people died when another driver in an SUV was wounded by gunfire from another vehicle Tuesday afternoon.

A 7th and an 8th freeway shooting in Detroit was reported this week, representing a stark increase in the number of violent incidents taking place in the area's major corridors.

The victim was last listed in temporary serious condition and the I-96 freeway was shut down for hours.

Police don't believe yesterday's shooting was connected to Monday's incident that also unfolded on I-96. But both scenes do play into the growing narrative of violence moving from city neighborhoods and businesses to Michigan freeways. Officials and community leaders are also theorizing the effectiveness of Project Green Light Detroit could be inadvertantly shifting the violence to other parts of the city.

"A lot of it is spur-of-the-moment - failure of people to deescalate situations and taking it to a level where it doesn't need to go," said Michigan State Police Lt. Mike Shaw.

What is going on? Detroit Police Chief James Craig has said homicides and attempted murders increased in Detroit last year as a result of the pandemic. But the violence is shifting to freeways because of success deterring crime elsewhere, Shaw said.

"We did hear there were some groups in the city that knew that the Green Light cameras were very successful and they were all over the city," he said. "They knew that they weren't on the freeways so they started taking a lot of their actions - is the best way to put it - onto the freeway because they knew they wouldn't be caught." 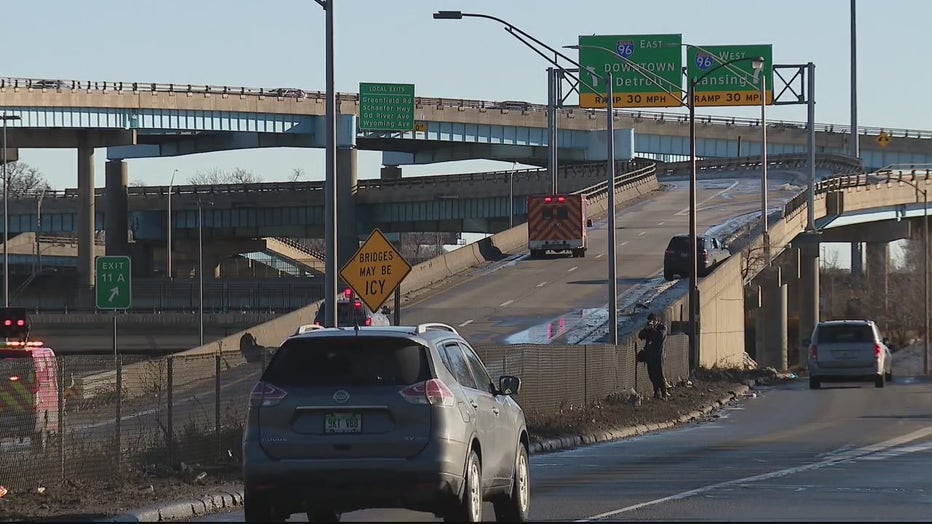 Traffic was slowed to a crawl Tuesday afternoon after police began investigating a freeway shooting that injured a 28-year-old on I-96.

It's tougher to investigate crimes on freeways as opposed to businesses or gas stations where there's more surveillance, Pastor Maurice 'Mo' Hardwick said.

"Something about no cameras, there's nobody watching down there," he said. "I think it's like a free-for-all."

The community-police partnership was launched at the start of 2016 when Detroit police installed real-time cameras at eight gas stations to deter violence. Since, then, the program has exploded with popularity around the region. You can see all the locations where a camera is installed here.

That's one theory. Shaw pointed out that three times as many illegal guns have been seized during traffic stops in Detroit.

Monday night, gunfire being exchanged between two vehicles on the expressway near Shaefer resulted in the shooting deaths of a driver and passenger. The suspect shooter fled the scene before being struck and killed by an off-duty police officer.

Around Tuesday afternoon on a ramp connecting I-96 and M-39, a 28-year-old was injured after getting shot and crashing into the wall of the freeway. At least five shots were fired from dark sedan. Police believe a passenger in the victim's vehicle also fled after possibly getting injured.

Shaw and state police are deploying more troopers to patrol freeways and have also tapped into highway cameras with a partnership with MDOT.

The violence has prompted the urging from Pastor Maurice Hardwick to keep the peace, referring to Detroit's freeways as "new shooting galleries." He'll be organizing a rally later this week.

"This is an opportunity to show unity, to show we care and concern, to show we are present," he said. "Let's not look at different faiths and who would God be praying to."

"Let's just go and pray because guess what, all our families are on those freeways."