MONDAY NEWS HIT - While candidates have been running for election since early 2019, many of the voting formalities that residents must follow if they want to cast their ballot have yet to pass.

But with just over two weeks left until Nov. 3, many key dates are coming up Michigan voters will want to pay attention to. Monday is one of those key dates.

Oct. 19 is the final day that voters can register to vote online or by mail. In order to allow for a long enough time to collect all the voter registration applications that are mailed, the state asks that any envelopes be postmarked with today's date. Any later and it won't be accepted and voters will have to register to vote a different way.

Oct. 19 is the last day to register to vote by mail

If you're planning on registering to vote by mail, you'll need to have your envelope sent today. Oct. 19 is the final day in Michigan for citizens to register to vote by mail. Any envelopes postmarked past this day will not count.

If it feels like more people are paying attention to election 2020, it's probably because they are. Secretary of states around the country are anticipating some of the highest voting rates ever - certainly in the case of absentee and mail-in votes.

"Close to about 3 million people - just 2.9 million have already requested to vote early or get their ballots," said Secretary Joceyln Benson. "Of those, 1.2 million have voted and that's really extraordinary."

Benson estimated that 1.2 million figure is about a quarter of the total vote count that arrived in 2016.

Want this news anytime, anywhere? Download the FOX 2 Mobile App in the App Store or on Google Play

However, with so much more energy this voting remotely this cycle, many election officials worry about a higher rate of votes being discarded for not being filled out correctly.

If you've got questions about how to register to vote or aren't sure where your polling place is, check out FOX 2's November Election Guide here.

Michigan's governor is pushing back against the president after he made remarks during a rally in Muskegon on Friday that spurned "lock her up" chants.

During an interview on NBC's Meet the Press Sunday morning, Gretchen Whitmer accused the president of "inspiring, incentivizing and inciting this kind of domestic terrorism."

Whitmer was the target of a kidnapping plot uncovered by federal authorities more than a week ago that has brought an already contentious election season to a boil. Concerns of election day violence have grown in recent weeks and Whitmer believes the president is partly responsible for the reaction.

"Last night, the president talked about lockdowns. We haven't had a stay home order since late Spring, but I know he never lets the facts get in the way of the comments that he's making," Whitmer said. "Every moment that we are not focused on the fact that 220,000 Americans have died from this virus, is good for him."

Shortly following the announcement of charges in early October, Whitmer called out the president for rhetoric that she deemed toxic and inciting. The president tweeted criticisms as a response.

A Saturday night flurry of gunfire had everyone Scottsdale Drive talking Sunday morning.

"It sounded like gunshots, but I thought probably fireworks," said neighbor Larry Bukowski. "Then I ran to the front door, saw the vehicle driving really fast, got suspicious, and knew that it could be something worse."

It was something worse. For the "very quiet, very peaceful" neighborhood on Troy, the sounds of screeching tires and gunfire had families worried the next day.

"It was scary, not something you see all the time here," Bukowski said.

Drive by shooting in Troy

Drive by shooting in Troy

Investigators found at least nine bullet holes surrounding the house, many of them in the home's garage door.

"I don't know any motives or anything like that," Bukowski said, "I just know it's the first time it's happened since we've been here."

A 16-year-old last seen on McKinny Street hasn't been spotted since Friday evening.

The Detroit teen has never gone missing before and is in good physical condition. 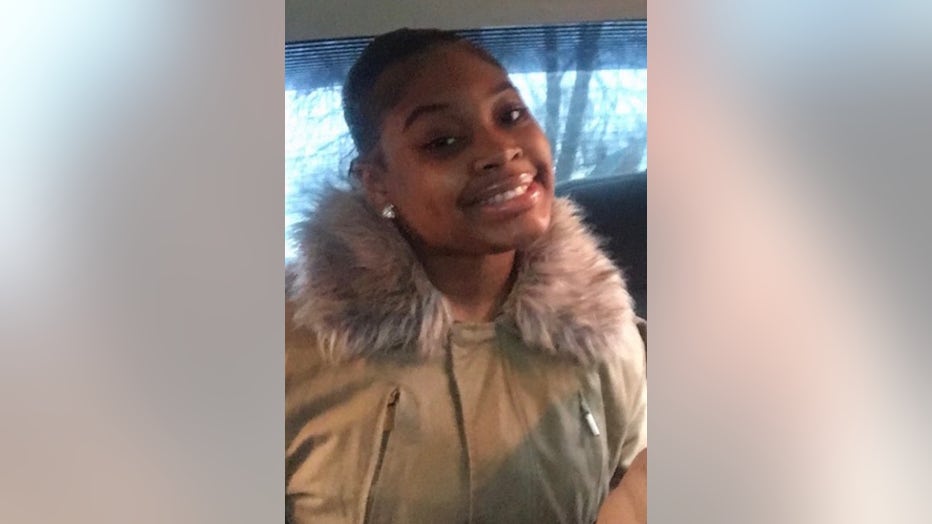 However, her guardian says she does suffer from health conditions.

She has medium-brown skin, is 5-foot-3-inches, 185 pounds, has brown eyes, and has sandy brown hair.

If anyone has seen Maliyah or know of her whereabouts, please call Detroit Police Department's Ninth Precinct Investigative Unit at 313-596-5940 or Crime Stoppers at 1-800-Speak Up.

An Ambert Alert has been issued for a missing toddler out of Lansing Township.

Two-year-old Phoenix Washingon Jr. is 2-foot-3-inches and 30 pounds. He was last seen at 3209 W. Michigan Avenue in Lansing.

Live on FOX 2 this morning

A chilly start to the week will be followed by a late-week warmup on Thursday and Friday. Rain and a high of 48 are expected Monday.

A chilly Monday with some rain followed by a late week warm up!

'Our house is on fire': Suburban women lead a Trump revolt in Michigan

For most of her life, until 2016, Lori Goldman had been politically apathetic. Now every moment she spends not trying to rid America of President Donald Trump feels like wasted time.

"We take nothing for granted," she tells her canvassing partner. "They say Joe Biden is ahead. Nope. We work like Biden is behind 20 points in every state."

Goldman spends everyday door knocking for Democrats in Oakland County, Michigan, an affluent Detroit suburb. She feels responsible for the country's future: Trump won Michigan in 2016 by 10,700 votes and that helped usher him into the White House. Goldman believes people like her -- suburban white women -- could deliver the country from another four years of chaos.

For many of those women, the past four years have meant frustration, anger and activism -- a political awakening that powered women's marches, the (hash)MeToo movement and the victories of record numbers of female candidates in 2018.