THURSDAY NEWS HIT - Lacino Hamilton was convicted of murder in 1994 after a 'jailhouse snitch' claimed the Detroit man had confessed to killing a woman.

That testimony would help incarcerate Hamilton for 26 years and in response, the man would receive leniency in his own case.

But as Hamilton knew and lawyers would eventually find out - this was a lie.

A follow-up investigation that started with a pro-bono hire at a law firm has resulted in Hamilton's conviction being overturned. But whereas witness testimony can be flakey and often untrue, there was more evidence that would exonerate Hamilton: DNA evidence.

The Wayne County Prosecutor’s Office Conviction Integrity Unit got involved and said the defendant was excluded from some of the DNA that had not been previously tested. Kym Worthy said she was also concerned about the police department's use of the 'snitch'.

Lacino Hamilton was convicted in 1994 of murdering a woman after a 'jailhouse snitch' claimed Hamilton confessed to him.

"In addition to that, and perhaps even more alarming is the woefully improper use of informants in this case by the Detroit Police Department. The use of informants can be a very valuable tool in fighting crime and seeking justice, but in this case, it was used and abused horribly," Worthy said.

At that point, a Western Michigan Cooley Innocence Project got involved to support Hamilton's release.

After even more counter-evidence backing up Hamilton's innocence, the man was released from prison on Wednesday - breathing his first free air in a quarter-century.

His first plan outside of prison is to go paragliding in Colorado.

It was the fast thinking of a 7-year-old son from Monroe that would save his mom from a dog attack.

Jenny Musulin fosters hundreds of dogs and yet had never been bitten once. Then in late July, one of the dogs she was looking over got out of her kennel and attacked her.

She was bit several times on her legs and arms. In an attempt to keep her son Wyatt safe, she told him to run outside. But he didn't remain complacent once he was out there.

"Flash," said Wyatt. "I went out the door dropped my tablet ran out the door went to my neighbors and had them call 911."

Monroe boy gets help to rescue mother during dog attack

In late July when one of the dogs Jenny Musulin was fostering broke out of her kennel and attacked the Monroe mom.

"I was so proud because I knew he had to be scared," Jenny said. "You never know how a kid is going to react, no matter how many times you talk about it or practice."

An ambulance showed up in minutes and rushed Jenny to the hospital. Her arms were badly torn and required many stitches. She wasn't able to use her hands for a month because of the injuries.

Monroe Community Ambulance Service was so impressed with what Wyatt did for his mother - they just presented the 2nd grader with a special award.

"The people who took Mom to the hospital came on their day off to give me an award," he said.

"He got the lifesaver award because he acted so quickly the paramedics said they didn't even know if their own kids would react like that in an emergency situation," Jenny said.

Construction conman gets fenced in - again

Jason Valuet is making his second appearance in the Hall of Shame after more fencing customers find themselves on the wrong end of a raw deal.

Back in 2018, Valuet's company was called Any Fence. But for Pat, who reached out for help with fence back in May, she found a different company by the name of Flawless Fence.

Some well placed googling brought Pat to Wolchek's first story on Valuet. Back then, his excuses were threatening calls from homeowners and the water being too chilly to work in.

Fence conman changes his name but not his game

Now, the excuses are less vocal. Instead of calling back, Valuet just ignores any follow-up messages - at least until Wolchek called.

Jason Valuet: "Get that outta here. What scams? Okay, we're going to do this again."

Jason Valuet: "Uh, waiting to go to court on that actually."

Wolchek: "Why don't you just give her the money back Jason?"

State police have closed part of I-94 in response to a shooting on the freeway near Moross on Detroit's east side.

A felonious assault investigation is underway after a driver was shot at by an unknown vehicle.

Michigan State Police are searching a stretch of I-94 between Chalmers and Moross after a driver reported gunfire from an unknown SUV early Thursday morning.

Around 2:45 a.m., Michigan State Police responded to the shooting when they received a call from a driver who was heading westbound.

Over the phone, the driver told police an SUV had started shooting at him and he wasn't sure why.

An early morning tweet from MSP's account noted the man exited the freeway and drove to the Fifth precinct while troopers shut down the freeway.

Canine units could be spotted walking the shoulder of one of the lanes. 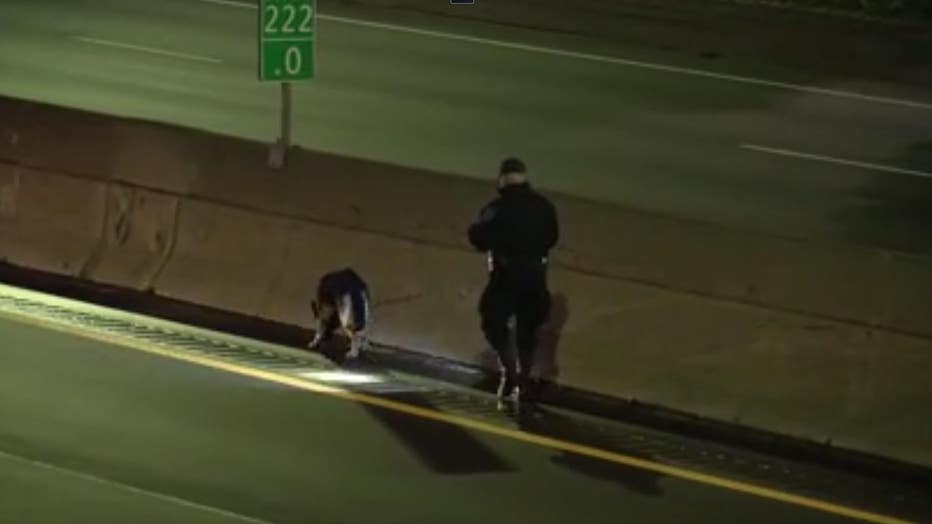 The westbound lanes at Moross were blocked and vehicles can re-enter the freeway at Conner. They reopened around 8 a.m.

A major Hollywood movie is kicking off production this week in Detroit.

"No Sudden Moves" features an all-star cast, including Don Cheadle, Jon Hamm, and Benicio Del Torro - and it's also the first major film shooting in Detroit since the movie tax credits ended in 2015. But the Oscar-winning director, Steven Soderbergh, is on record saying the movie that's set in the Motor City had to be shot there.

According to the production team, the story is set in 1955 and follows a group of small-time criminals who are hired to steal what they think is a simple document. When their plan goes wrong, they search for who hired them and why, taking through a race-torn, rapidly-changing city.

Production began officially on the movie Monday, and the crew is shooting for now at Ashton and Lyndon streets in Detroit. Neighbors in the area got a glimpse at the star-studded life.

After weeks of searching and bolstered detective work, Warren police arrested a man believed to have targeted a Black family with racial slurs and gunfire.

A 24-year-old white man from Warren was charged with eight felonies and one misdemeanor, including two counts of ethnic intimidation. After hours of interrogation, the man confessed to the crimes.

A man has been arrested and is accused of terrorizing a family in Warren by throwing rocks through windows and destroying property because of a Black Lives Matter sign.

The suspect will be arraigned at 9 a.m. Thursday morning.

One of pitching's greatest single seasons ever recorded happened in 1968 when Denny McLain one 31 games and led the Detroit Tigers to a World Series title.

Now, McLain is selling much of the memorabilia he's accrued over his storied career at an estate sale this upcoming weekend.

You'll likely find the same items you would at any estate sale, but that's likely not what many people will be after. Many will be on the hunt for bats, balls, pictures, and everything in between.

Plan for some rain with a little bit of thunder and lighting later this afternoon. Highs expected to be 61 before a cooler few days take over the weekend.

Thursday rain on the way!

Temps are down and going cooler.

Commission on Presidential Debates says it will make changes to format

The Commission on Presidential Debates says it will soon adopt changes to its format to avoid a repeat of the disjointed first meeting between President Donald Trump and Democrat challenger Joe Biden.

The commission said Wednesday the debate “made clear that additional structure should be added to the format of the remaining debates to ensure a more orderly discussion of the issues.”

“The Commission on Presidential Debates sponsors televised debates for the benefit of the American electorate. Last night’s debate made clear that additional structure should be added to the format of the remaining debates to ensure a more orderly discussion of the issues. The CPD will be carefully considering the changes that it will adopt and will announce those measures shortly,” the CPD said in a statement.