The Michigan Public Service Commission is demanding answers from DTE Energy along with Consumers Energy to how the utility companies respond to power outages and downed lines.

THURSDAY NEWS HIT - "The challenge is over the last decade we’ve seen this time and again, and each time we’ve opened an investigation, offered directives and tried to move for improvements," said Dan Scripps. "And yet here we are in 2022 and the system is essentially the same as it was 10 years ago."

The Michigan Public Service Commission is demanding answers from DTE Energy along with Consumers Energy as to how the utility companies respond to power outages and downed lines.

Southeast Michigan saw enough of both the past two summers. We spent days in the dark, and learned one of the kids that came into contact with a downed wire in Monroe -- died

The Public Service Commission or MPSC, is also planning a third party audit of the utility companies’ equipment and how they run their power distribution systems.

"We hope that gives us a blueprint for where we go from here," said Scripps, the chairman of the MPSC. "To finally get the measurable progress around reliability and safety that Michigan customers expect and deserve."

Not everyone expects a fix to come.

"To have your power out for numerous days, without accurate estimates of restoration times, is a bit unfair," said Detroit resident Cherelle Bond. "Then you're not helping with my bill."

"We share the concern of the Michigan Public Service Commission and look forward to providing a full accounting of storm damage, safety precautions and recovery efforts. We will also detail our long-term plans to address DTE Energy’s needed infrastructure improvements to help reduce and prevent electric service outages in the future."

"We’ve approved a number of rate increases over the past decade and we’ve seen other utilities make better advancements in improving their reliability with lower rate increase growth over that time," he said.

And DTE is asking for another rate hike.

"Going up on our rates, that’s not doing better - that to me is robbing us blind," said resident Royal Powell.

MPSC has to give an answer by Thanksgiving or DTE will get that rate hike by default. Scripps declined to address what the commission might do in the latest rate case.

"Well by law I am prohibited from talking about cases that are open, but from a process standpoint we need to have order out by before Thanksgiving," Scripps said. "And we’re on pace to have that proceeding wrapped up by that time."

The MPSC wants to increase the credits for outages automatic, so they would not have to be applied for - and to go up along with how long the power is out. It also wants the reimbursement rate to better match the rate of inflation.

"Safety is our top priority at Consumers Energy, not just for our coworkers but for everyone in our state. We appreciate the MPSC’s interest in ensuring that energy providers are taking steps to protect and inform people before, during and after severe storms, and improve electric system reliability and resilience. We look forward to working with the MPSC and focusing on the well-being of the people we serve."

FedEx driver accused of stealing $96,000 worth of Footlocker merchandise

A report that a FedEx driver was stealing merchandise instead of delivering it to an Eastpointe Footlocker store led police to about $96,000 worth of stolen goods.

Police were called to the Footlocker on Eight Mile Road on Monday about the alleged thefts, prompting an investigation. They searched 40-year-old Morris Jones' home in the 23000 block of Courtland in Eastpointe, and found the merchandise, as well as other evidence.

Morris was arrested without incident. He is now facing embezzlement and receiving and concealing stolen property charges. He was issued a $25,000 personal bond and must wear a GPS tether while out of jail.

Police said they are also seeking a warrant for a female accomplice.

What are jellyfish doing in Southeast Michigan?

Despite being some of the sea's most exotic creatures, jellyfish have become an increasingly common sight in the Great Lakes.

While it might feel like the only place someone in Michigan could see the alien-like organisms is at an aquarium, jellyfish now frequent local inland lakes. FOX 2 Photo Journalist Coulter Mitchell found some floating on the surface of Spring Mill Pond, near Brighton.

Jellyfish were first discovered in the Great Lakes in 1933 when observations were reported in Michigan and Ohio. Over the past 90 years, the invasive species has spread to eight states and established in dozens of water bodies around the basin. 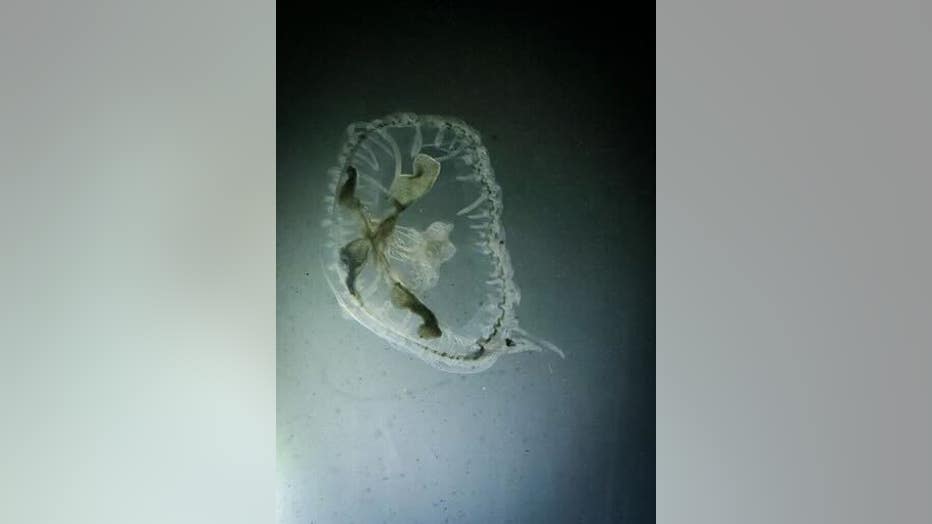 "They're pretty ubiquitous throughout the lower peninsula. They've also been found in some sites in the UP," said Todd WIlls, the Lake Huron-Lake Erie Area Research Manager for the Michigan Department of Natural Resources.

Learn more about the jellyfish that call Michigan home here.

The residents of Flint say they still haven't gotten justice in connection to the Flint Water Crisis that poisoned the city after charges were dismissed this week. But prosecutors say they're not done fighting yet. On Tuesday, a judge threw out criminal charges against former state and city officials for their role in the Flint water crisis.

Tens of thousands of residents were exposed to dangerous levels of lead, and outbreaks of legionnaires disease killed at least 12 people and sickened dozens more. Genessee County Judge Elizabeth Kelly dropped the charges after the Michigan Supreme Court ruled the one-man grand jury used to indict the former officials was invalid – the evidence gathered against them, tainted.

"We still care. We're going to hang in there. We're going to continue to fight for you. What happened was abominable and horrible that no one should have to go through," said Kym Worthy, "The work that has been put into trying to make sure that justice is done, I don't think I've seen the likes of that anywhere in all of my years."

Ron Deward, who represents Nick Lyon, the former health and human services director, said the case "should be done." "He was an individual who was working hard - doing the right thing in his job - in our view. In every evidence that we've reviewed, he did nothing wrong, should have never been charged in this, and we believe if there ever is - he'll be exonerated."

Here's what else is ongoing in the Flint Water Crisis

Crumbling Frank Beard school to be demolished in Detroit

The abandoned Frank Beard Elementary School will soon be demolished in southwest Detroit. A view from above captures the charred, crumbling remains of the old school, originally built in the late 1800s near Lafayette and Waterman.

"It’s sad it brings down the neighborhood, it makes people less inspired to want to do things to their properties throughout the neighborhood as well," said resident Abel Jones. After two summer fires— including one intentionally set in August— what's left of the school isn't safe. The City of Detroit will begin an emergency demolition on Friday.

"Our mission is to protect and promote the health safety and welfare of Detroit neighborhoods through the illumination of blight and that’s exactly what we’re gonna do here," said Tim Palazzolo, deputy director, Detroit Demolition Department. The demolition is one of 300 hundred across the city in the works right now.

It is part of a larger goal— to have Detroit blight-free by 2024 said Lajuan Counts, the director of the Detroit Demolition Department. Meanwhile just across the highway — construction shows signs of a new beginning in southwest Detroit home with the Gordie Howe International Bridge set to open in 2024.

Here's how long the demolition could take.

The day will be warm but the night will get the coldest it's been on this side of summer as fall settles in in Michigan. Plan on a bit of rain tonight as well before the high pressure system sends temperatures tumbling.

Some rain for Thursday night before temps drop

At least 24 children and 11 adults were killed Thursday in an attack that began at a childcare center in northeastern Thailand, authorities said. The gunman then fled the scene, shooting from his car as he drove home, where he killed his wife and child before taking his own life, police said.

The initial attack came at about 12:30 p.m. when the man, identified as a former police officer, entered the childcare center in the town of Nongbua Lamphu, authorities said.

Nineteen boys, three girls and two adults were killed in the building before the assailant fled, according to a police statement.