WEDNESDAY NEWS HIT - After former Detroit Mayor Kwame Kilpatrick and his wife set up a fund raise money to buy a condo in Florida, it made a lot of waves in the Motor City. Now the IRS knows and they're telling the Kilpatricks to pay up.

The problem? Kwame still owes the city of Detroit a lot of money.

The fundraiser was described as a sort of "vision board" by Kilpatricks. But a lot of people saw it differently and almost $2,000 was raised towards an $8,000 goal.

Now the feds want their money and are going to garnish the money from the Kilpatricks.

How much does Kwame Kilpatrick owe? 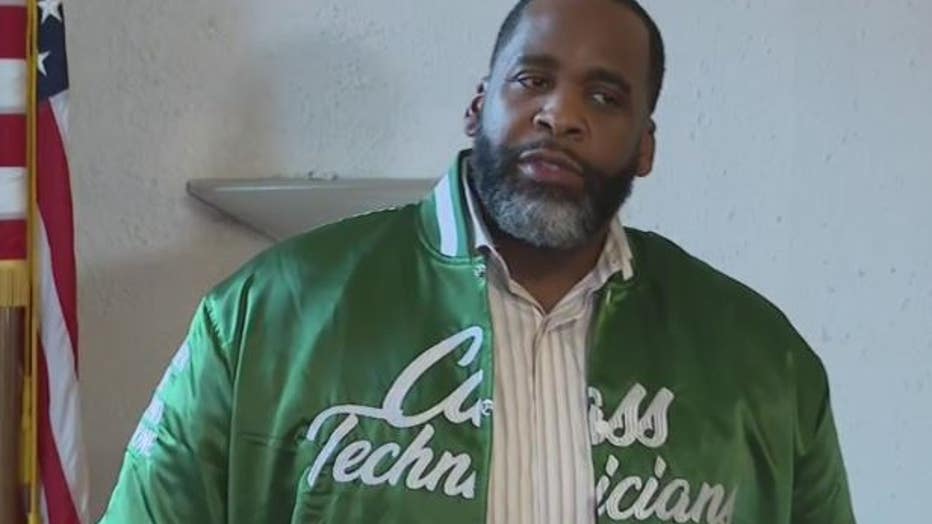 One was a PayPal account which was set up for Kilpatrick's book, titled "Off the Grid". He's selling it for $19.99 and it's all on the up-and-up. But he still owes money. Any income must be accounted and, according to the feds, he's not doing that.

The other problem was the Plumfund.com page that his wife, Leticia, set up.

However, any money earned by Kilpatrick or someone associated with him must be accounted for by the feds. That's a garnishment because he still owes the restitution.

How does Kwame Kilpatrick's clemency factor in?

It doesn't. When former President Donald Trump granted Kilpatrick clemency in 2021, all it did was end his prison sentence.

That took it down from 28 years to time served. Restitution wasn't part of the deal.

Read more coverage of the ex-mayor's time out of prison here.

One person is dead, and two others are recovering from gunshot wounds following an altercation that escalated to a shooting on Detroit's east side Wednesday morning. Detroit police have been piecing together what happened after conducting a traffic stop on Chene and Jefferson which led to the discovery of two individuals who had been shot.

Shortly after the stop, they got a report of a shooting outside the Rattlesnake Club where one man was found dead. The scene on River Place has been active since 2:30 a.m.

The man and woman who had gunshot wounds had been driving in a Cadillac when they were pulled over. They've since been taken to the hospital for treatment where they remain in custody. According to police, an argument of some kind escalated between two parties before turning deadly.

One person died and two others were found with gunshot wounds on Detroit's east side near a club early Wednesday morning.

The victim was found lying next to a dark-colored SUV. Police say while the shooting happened outside the club, it was not part of their investigation.

Detroit's old Packard Plant's days look to be numbered after the city council approved a nearly-$1.7 million contract to demolish the blighted structure.

By a 9-0 vote, Detroit City Council members gave the green light for a firm to level a portion of the 40-acre site on the city's east side. The $1.685 million contract is being funded with money from the federal government that was approved in the American Rescue Plan Act.

The previous owner of the plant, Fernando Palazuelo, had promised to revitalize the site with business amenities. But years of abandonment and a lack of progress led the city to suing the owner. Palazuelo never appeared for his court date. 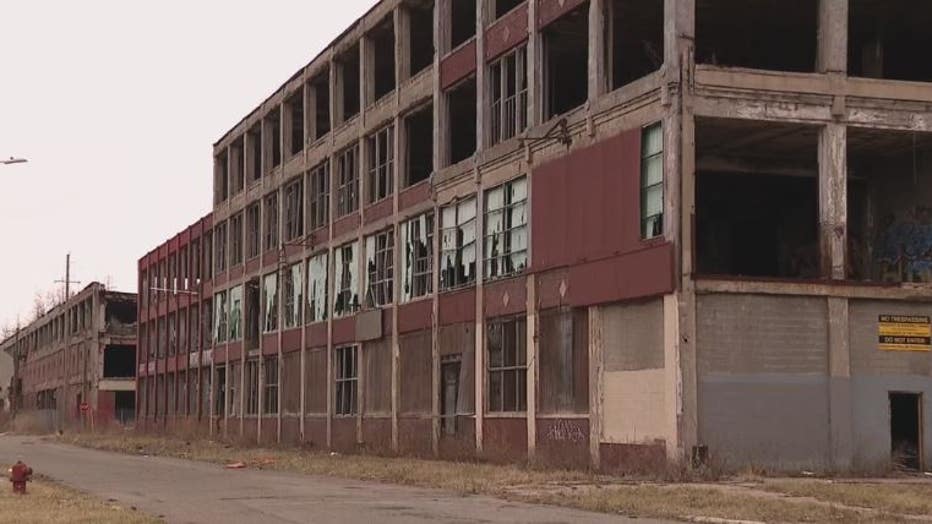 The old Packard Plant in Detroit

A judge ordered the plant demolished on April 6 and ordered Palazuelo, a real estate developer out of Peru, to pay for both the site's deconstruction and removal of debris. According to the order at the time, if the businessman failed to meet timelines set by the judge, the city would be allowed to move in. It was last purchased by Palazuelo's company back in 2013. Homrich Wrecking Inc. was awarded the contract to demolish the structure.

Owner of Packard Plant racking up fines for inactivity.

A major step in the "Fight for 15" in Michigan, after activists, turned in more than 600,000 signatures to put the $15 minimum wage on the ballot. A rally celebrating the massive signature haul was on display outside Yum Village in Detroit Tuesday.

It would mean a big bump in pay for restaurant workers. The petition will appear on the ballot during the 2024 general election. "I waited tables for four-plus years and honestly this fight for One Fair Wage has been years in the making," said Alexandra McLenan.

McLenan is now an activist with a law degree and says the ballot initiative would guarantee a minimum wage - a living wage - and get rid of the subminimum wages for tipped workers. The activist has the support of both Lt. Gov. Garlin Gilchrist and Attorney General Dana Nessel.

Activists turned in more than 600,000 signatures to put the $15 minimum wage on the ballot as part of the One Fair Wage campaign.

The signature submission happened only days after a court invalidated a move by the GOP-led state legislature in 2018 that curtailed a ballot proposal that raised the minimum wage to $12 an hour.

Headliners at the annual Labor Day Weekend fest in Royal Oak include Fitz & The Tantrums, 311, Sponge, and Flo Rida.

Performers will take to nine states during the event.

Wednesday will feature spotty showers late in the morning and the afternoon as well as temperatures in the mid-80s. It'll be pleasant today as well as leading into the weekend where the intense heat that's hit country recently holds off. Next week looks to be warmer.

Some storms for Wednesday

The Department of Justice is reportedly investigating the actions and correspondence of former President Trump in its investigation of his inner circle’s alleged efforts to overturn the 2020 election.

The Washington Post reported Tuesday that the DOJ has, before a grand jury, asked witnesses about meetings Trump had in December 2020 and January 2021 as well as his pressure campaign on Vice President Mike Pence to overturn the 2020 election.

People familiar with the matter told The Post that the questions focused on the extent of Trump’s involvement in this effort. Until then, the DOJ has focused its investigation on Trump’s lawyers, John Eastman and Rudy Giuliani.

Former Pence aid Marc Short confirmed to Fox News Special Report host Bret Baier that he had been recently interviewed by a grand jury in Washington but would not specify the details of the questioning.